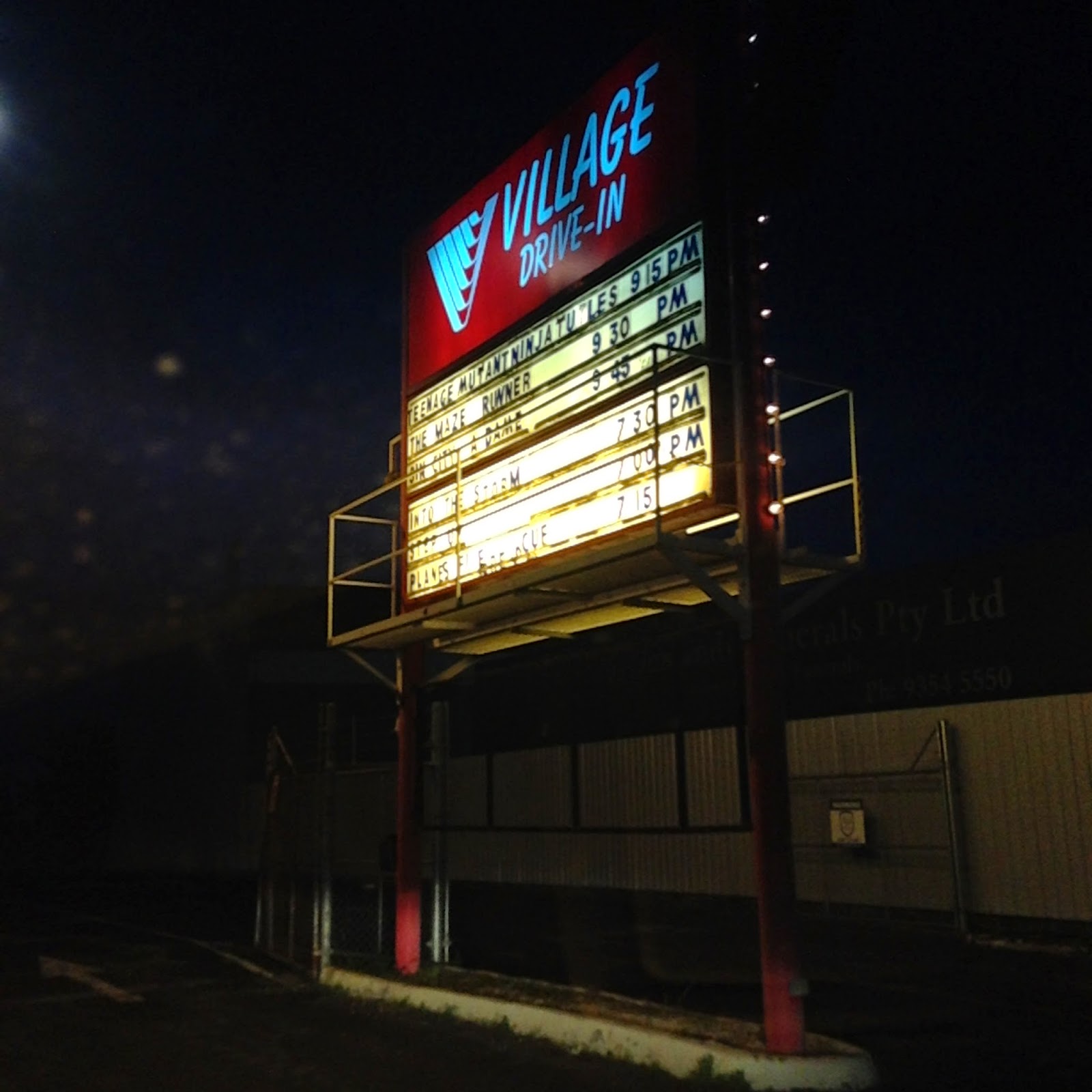 Last school holidays I was invited to experience the Coburg and Food Truck Festival.  I was super excited as I hadn't been to a drive-in since my uni days.  It was also excellent timing as the kids have never been and it was something interesting for them to look forward to.  And what could make going to a drive-in even cooler and more awesome?  Food trucks!  You can so tell we are a crazy foodie family. 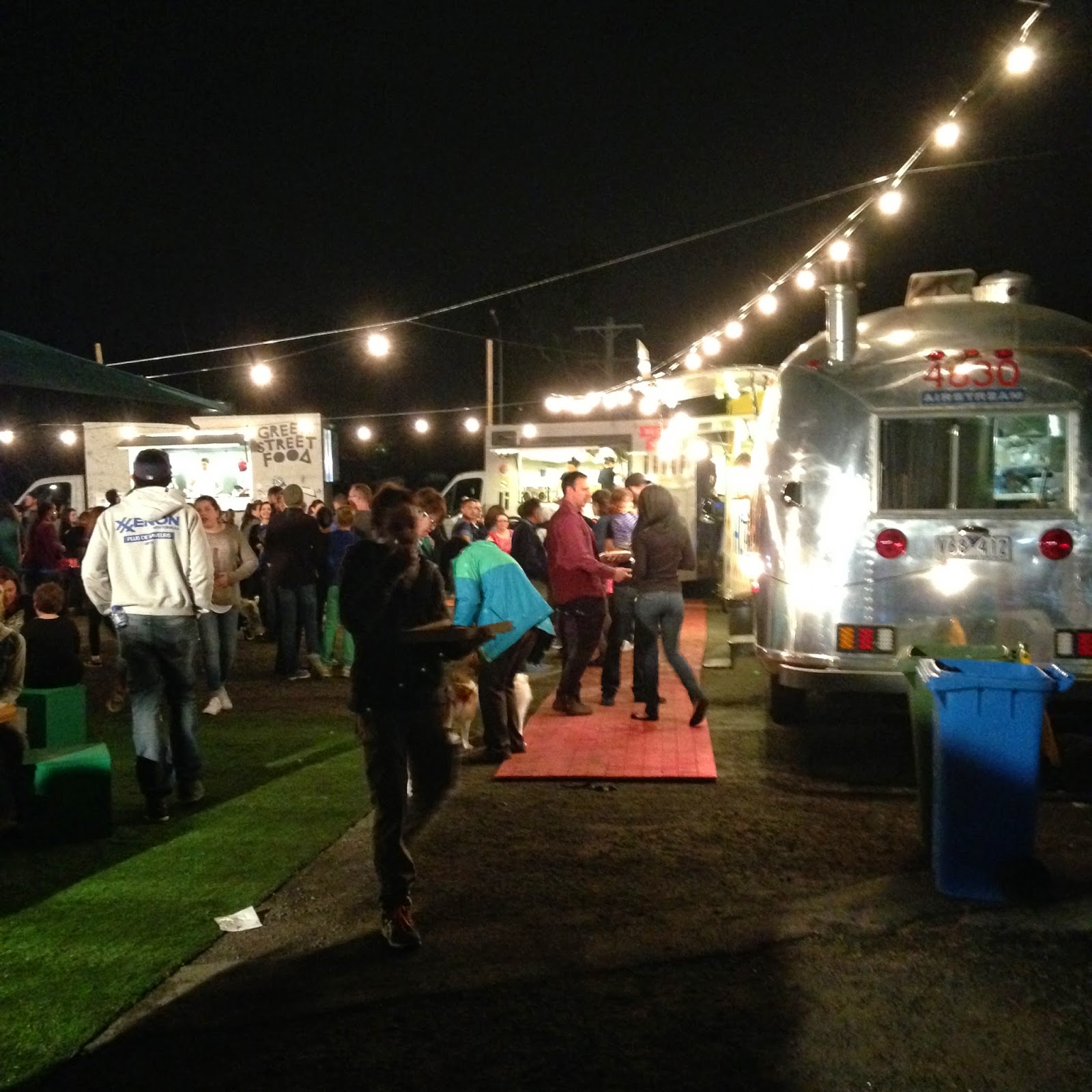 At each of the festivals there are different food truck parked in a circle surrounding a seating area.  We tried some goodies from most (but not all) of the food trucks that night, in a bit of a food truck buffet of sorts! 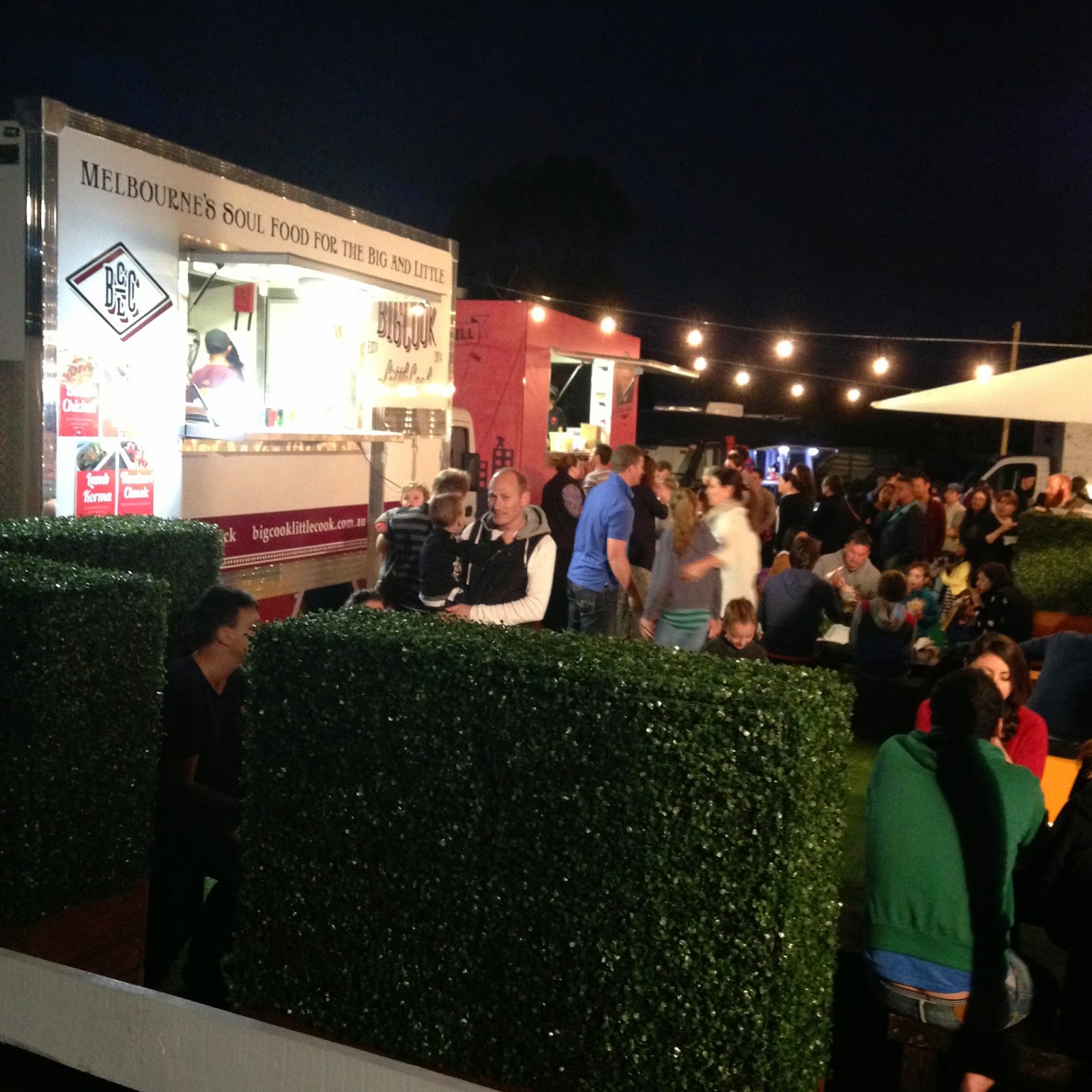 The Chilli Billy Burger from Beatbox Kitchen was the perfect food to eat in your car whilst watching a movie. 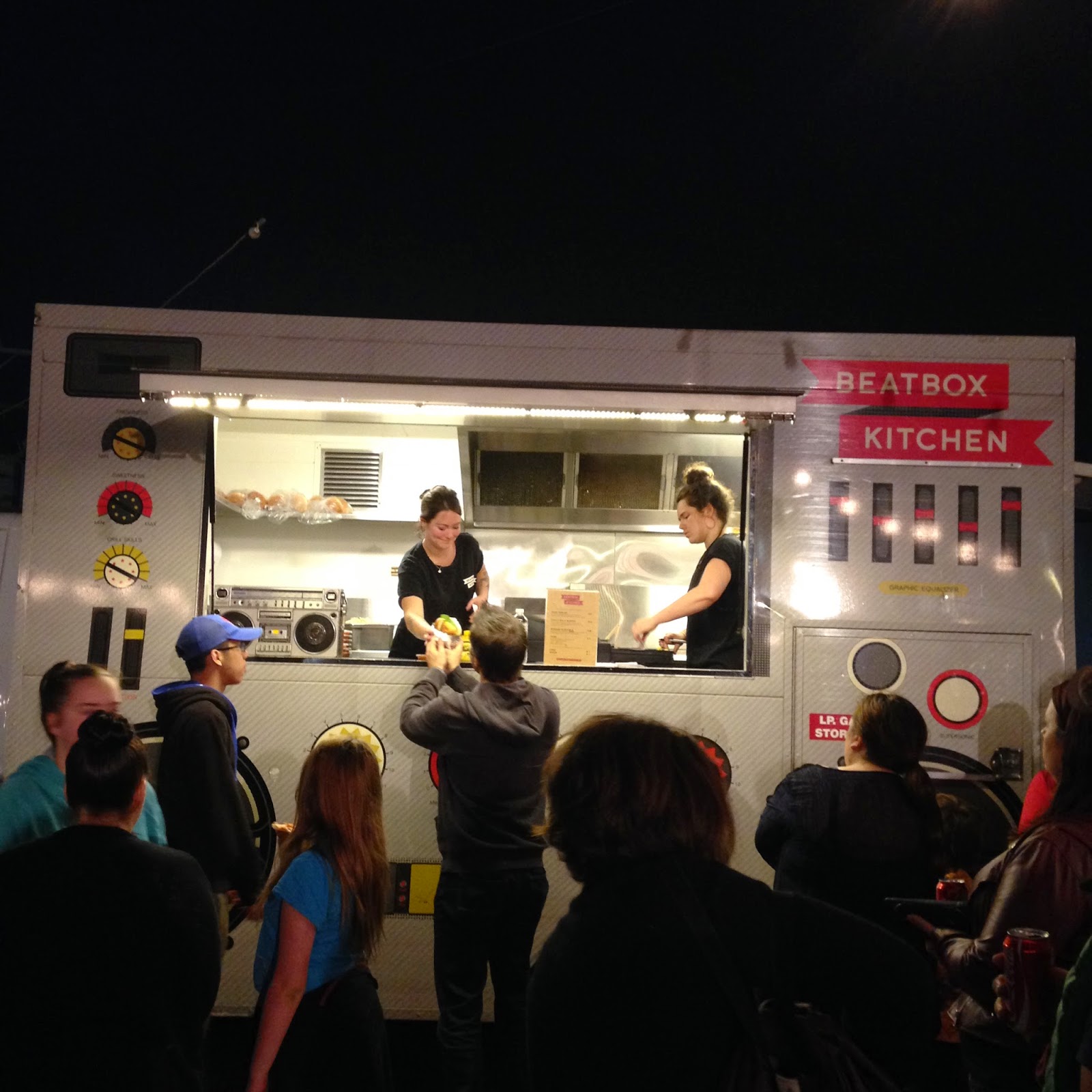 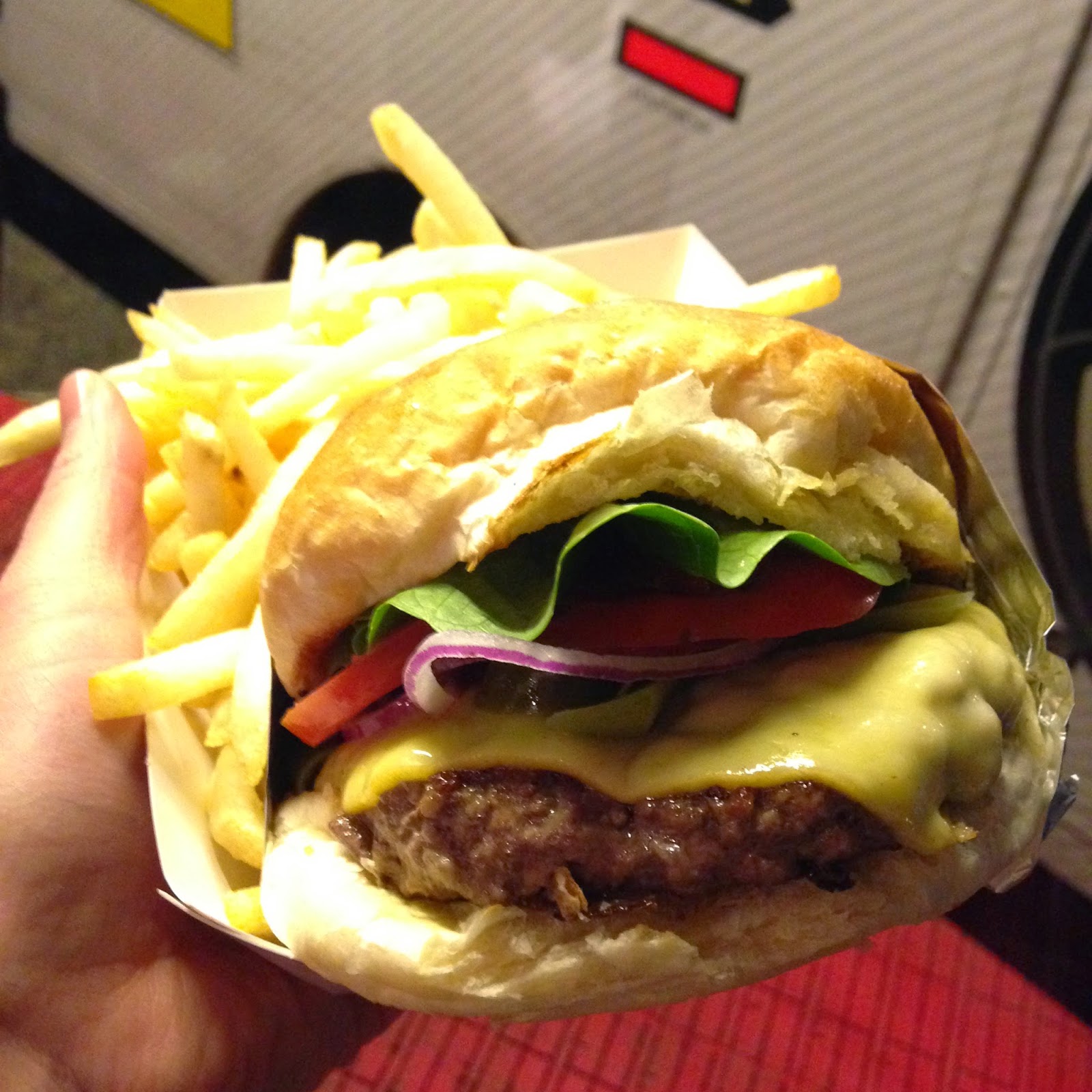 Next up pizza from Happy Camper.  We had a half Margherita half BBQ chicken pizza and the kids gobbled that down in the blink of an eye. 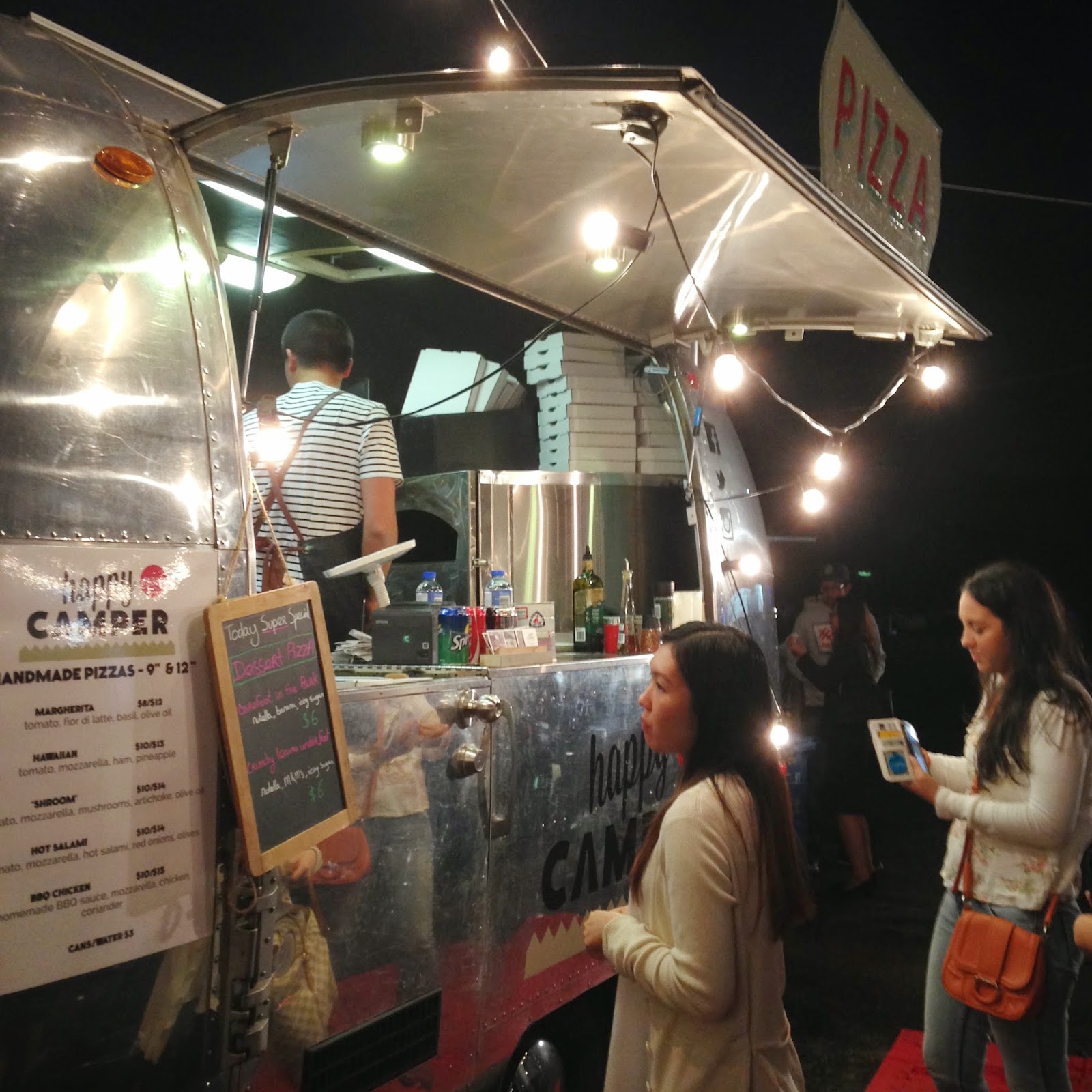 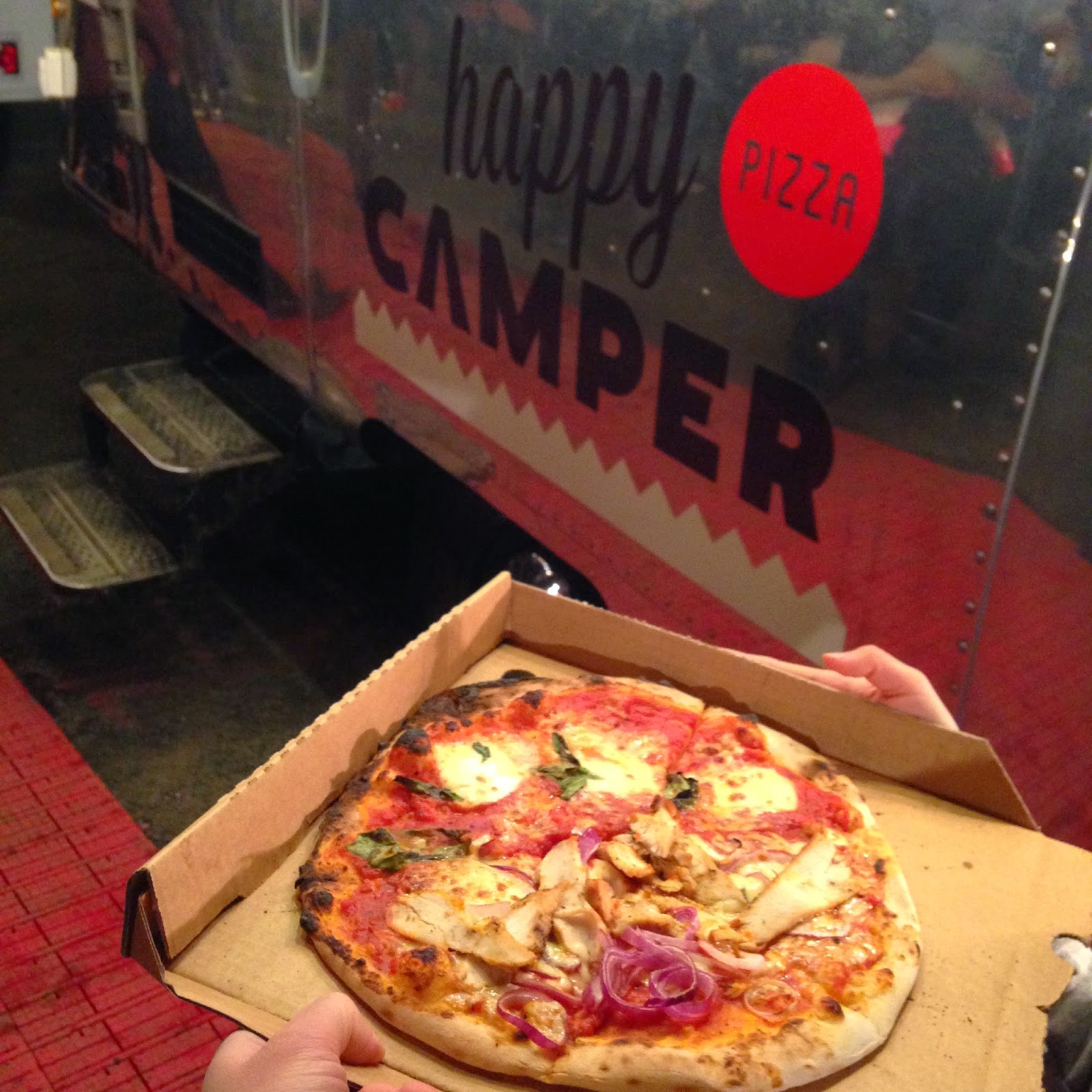 We tried something different at Bigcook Littlecook.  I was quite keen to try these guys as they are often down Yarraville way but it's so far for me to travel!  Their Smoky Chilli Jam Chicken was delicious, and served with a very nice side of salad and rice. 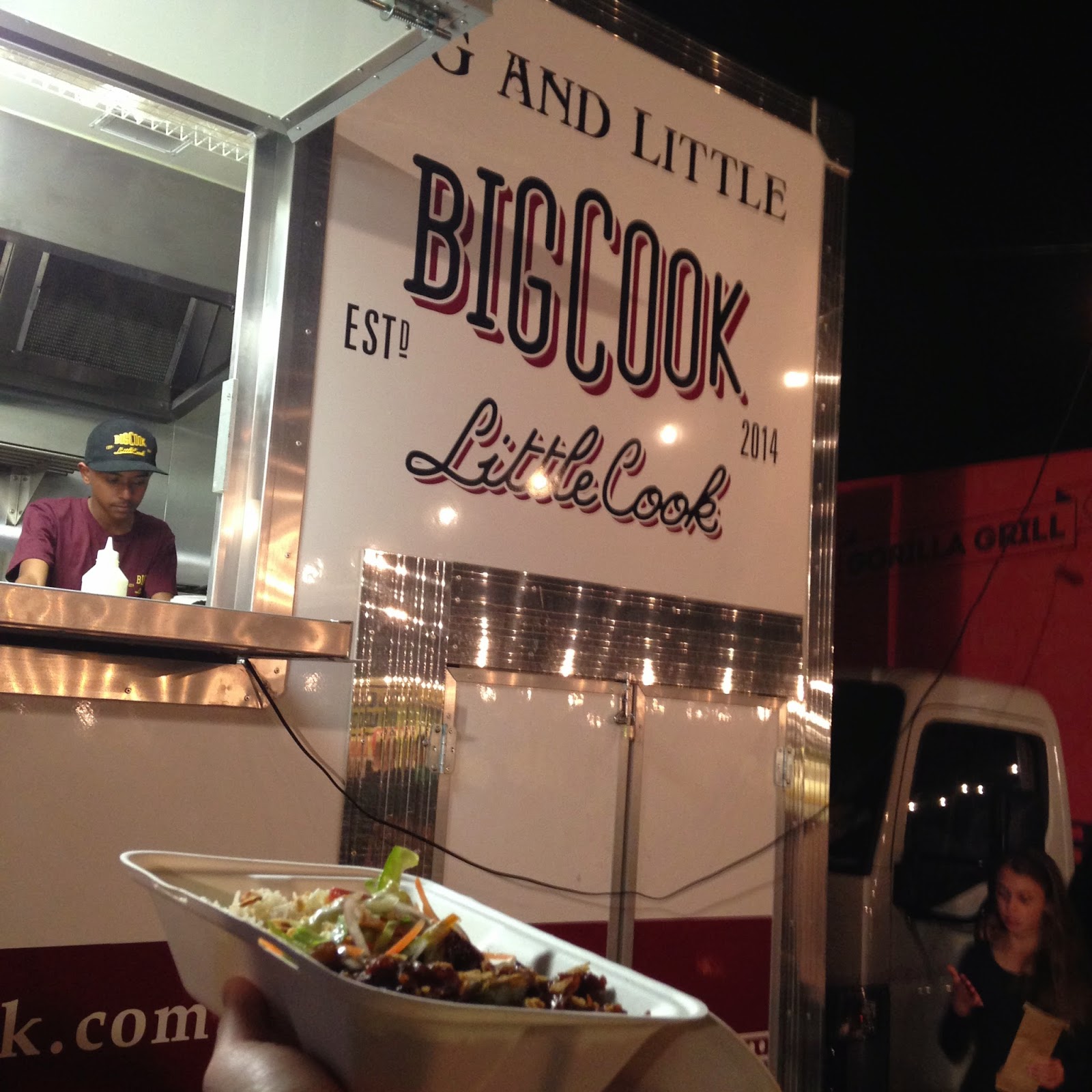 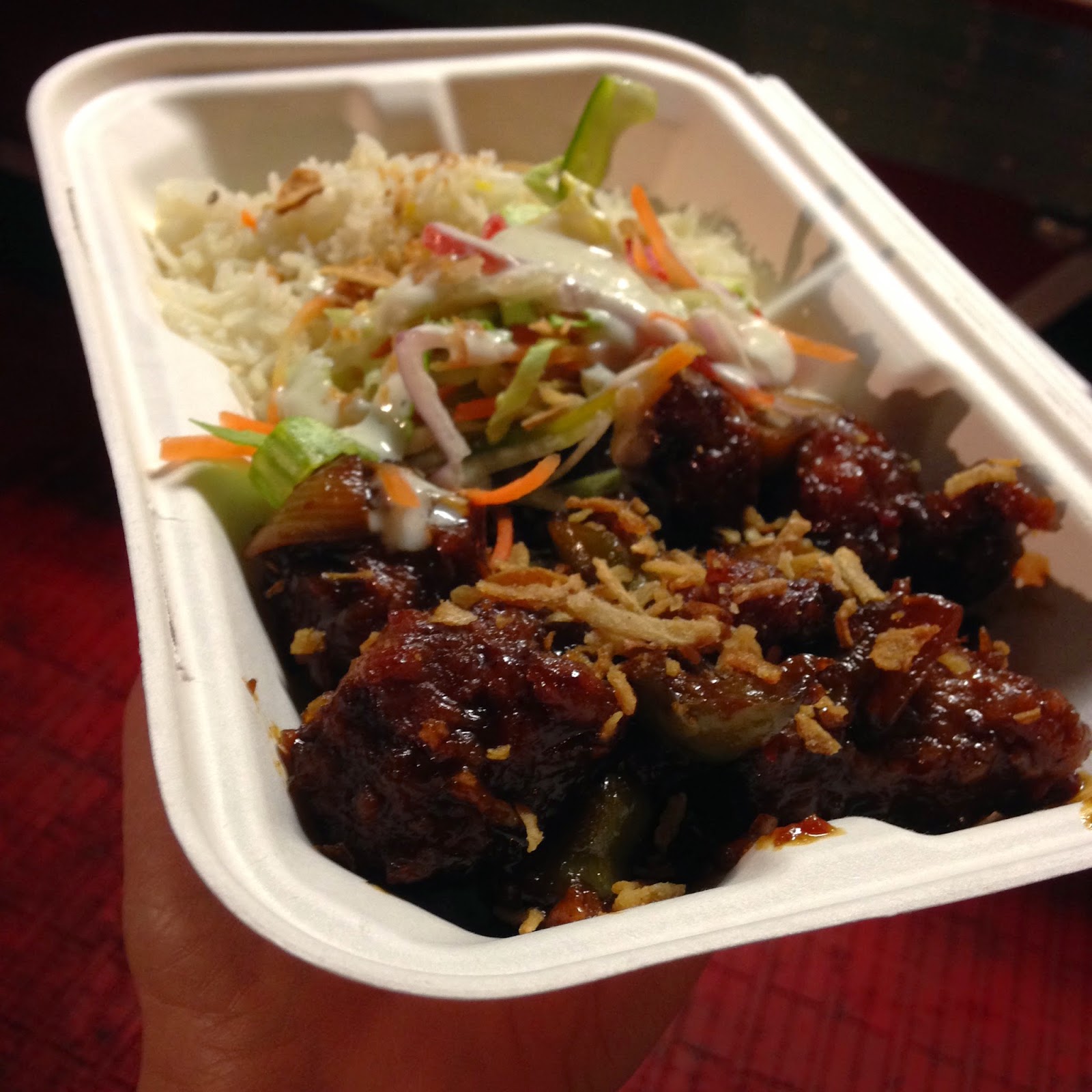 Then some Taco Truck Tacos were in order to munch through the movie!  We tried their taco place with 2 beef tacos and some nacho chips and they were fantastic, with a good kick from the jalepenos and their special sauce. 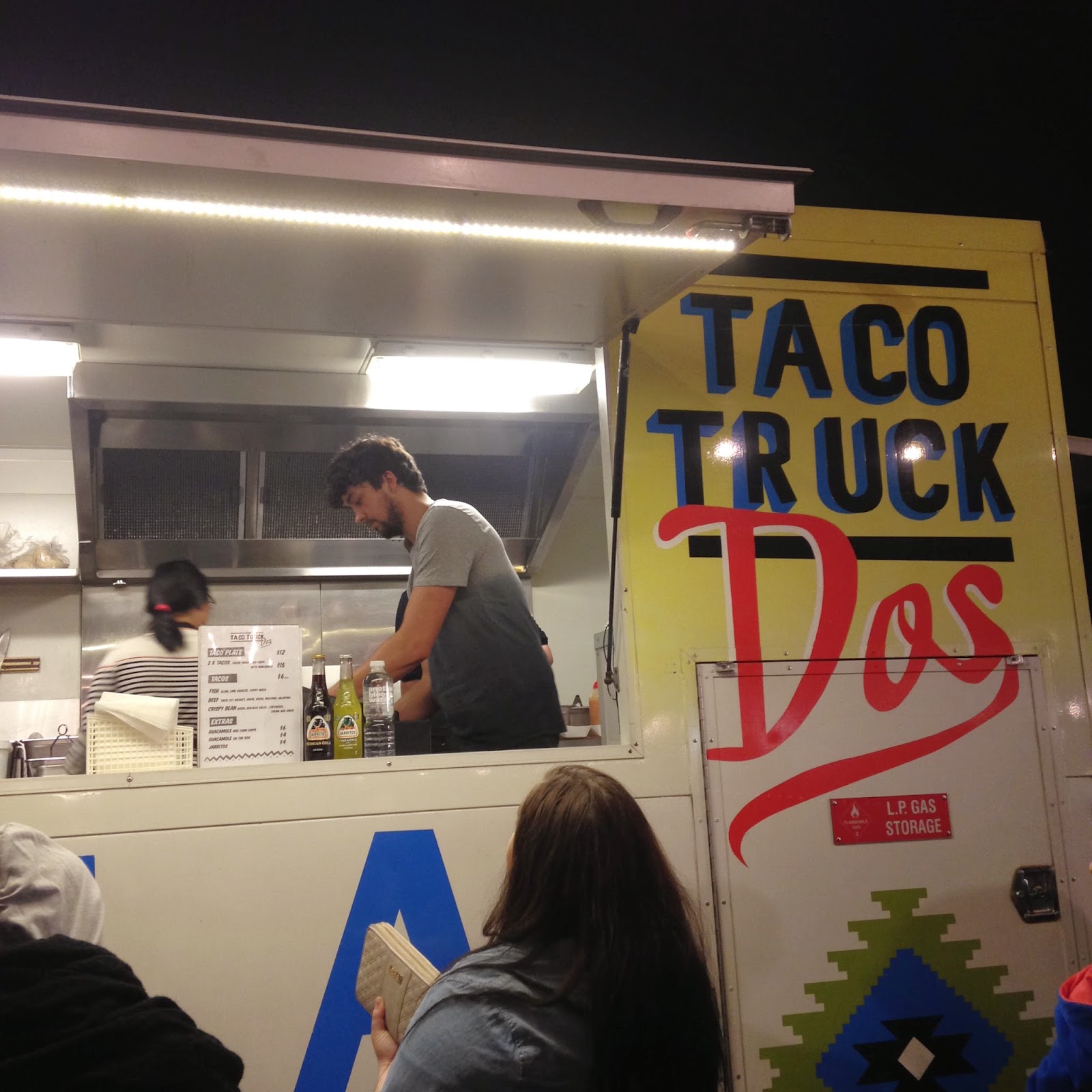 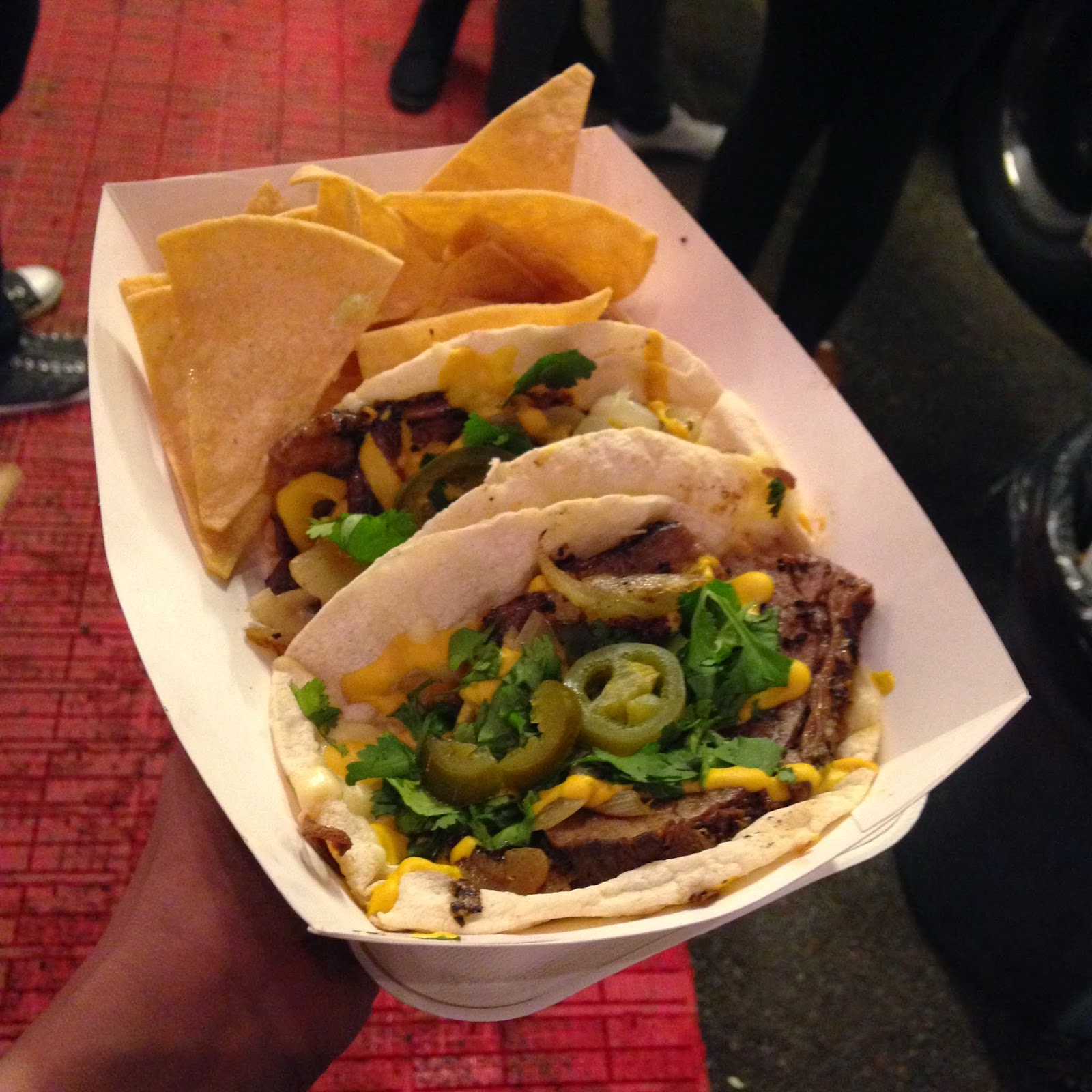 Another Yarraville regular was the Gorilla Grill.  We tried both the Gorilla Thriller BBQ Pork ribs and the Fried Chicken Ribs.  Both were finger lickin' good, but I don't have a decent picture of them to show you sorry as it was getting dark and had starting bucketing down with rain. 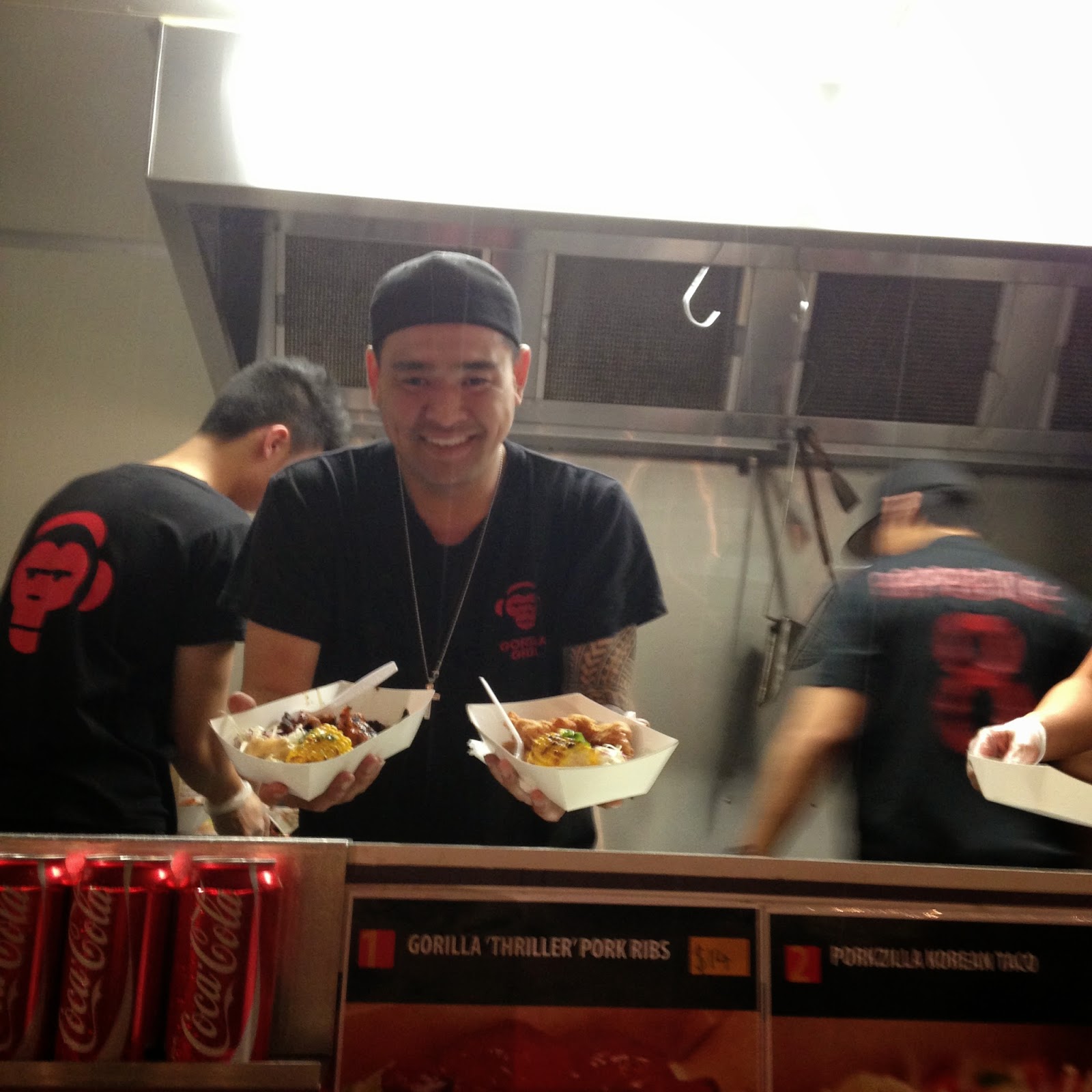 Lil' Nom Nom was also there but we were pretty full and the movie was starting so I didn't end up trying any of their goodies.  Will have to chase this food truck down next time for some Vietnamese inspired street food! 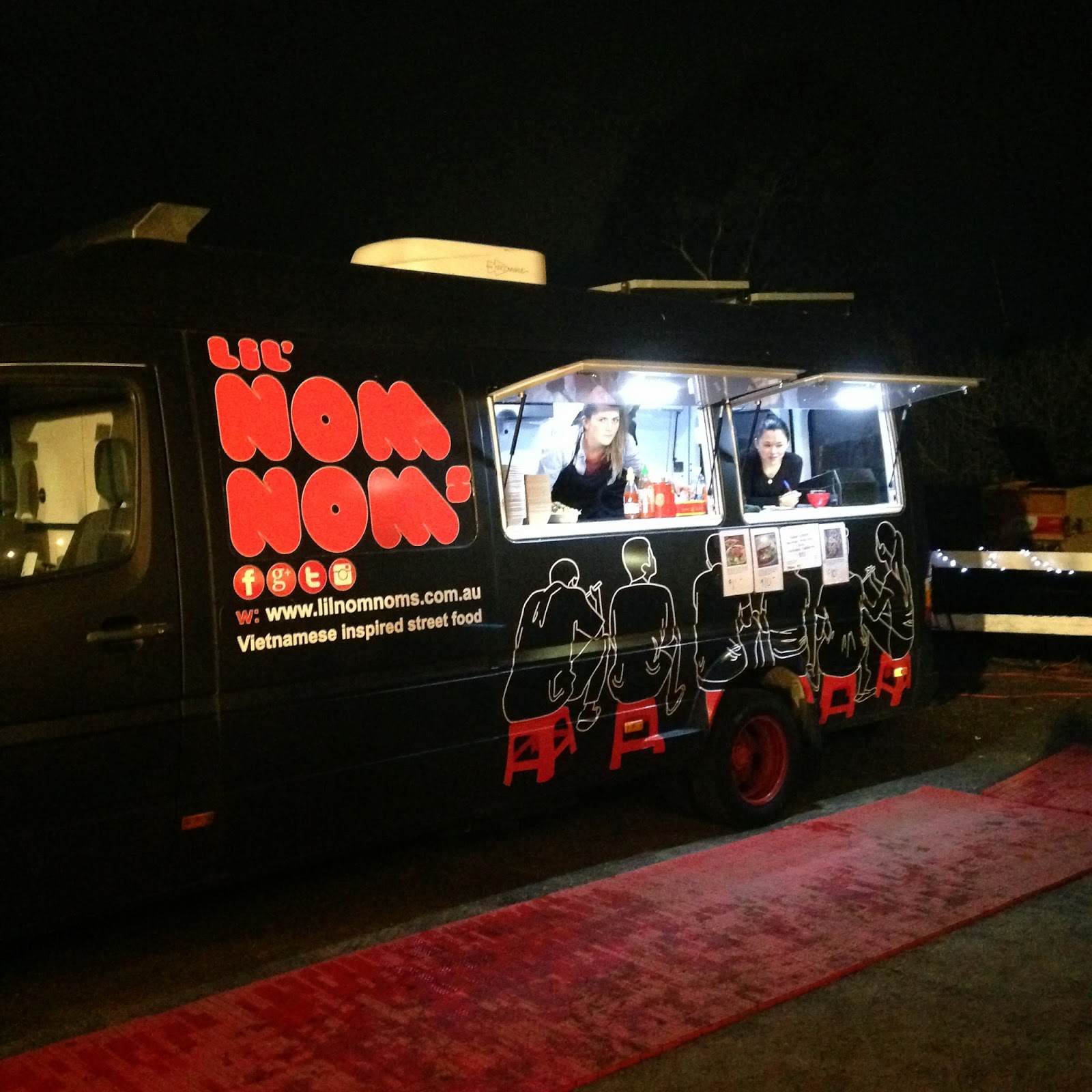 So we had a ball sitting there watching the movie in the rain, windscreen wipers working away and steamy windows from 2 adults and 3 kids not dampening the mood at all.  It was so much fun, the kids loved the novelty of a midweek movie and I had the luxury of texting with my best friend during the slow bits of the movie which is not something you can do in a theatre!  We watched Planes Fire and Rescue which if you've seen the first one, you'll like this as a more exciting sequel, but probably not the best choice if you don't have kids.  We would've loved to stay for the double feature but the later movies were not as kid-friendly, and really sitting through a whole movie and eating all that food made for a fabulous night out for them already.  There are 3 giant screens each with double features 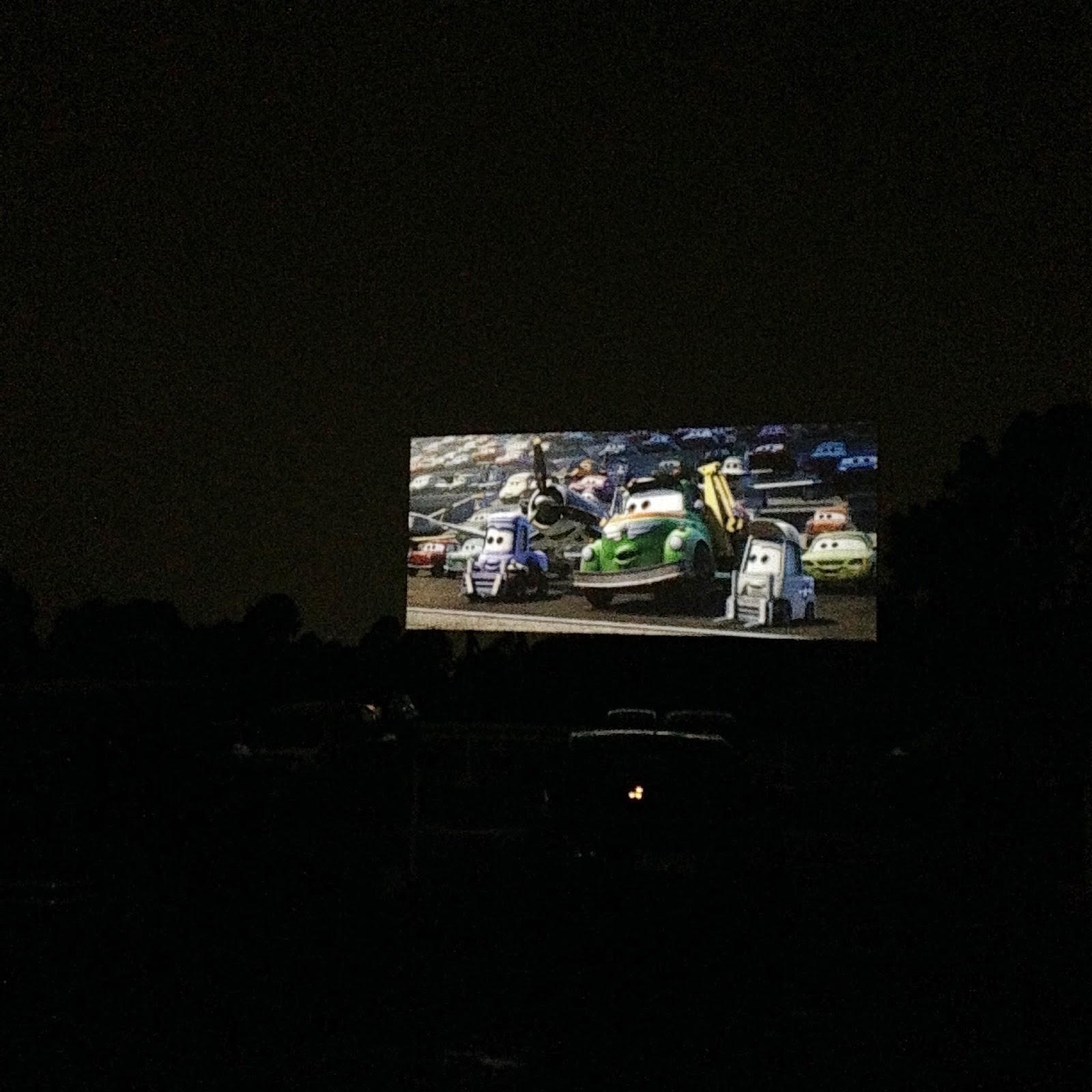 After the movie we got some banana and nutella crepes from Rue de Creperie for dessert.   They had excellent service and now have their own non-food truck, bricks and mortar restaurant in Fitzroy. 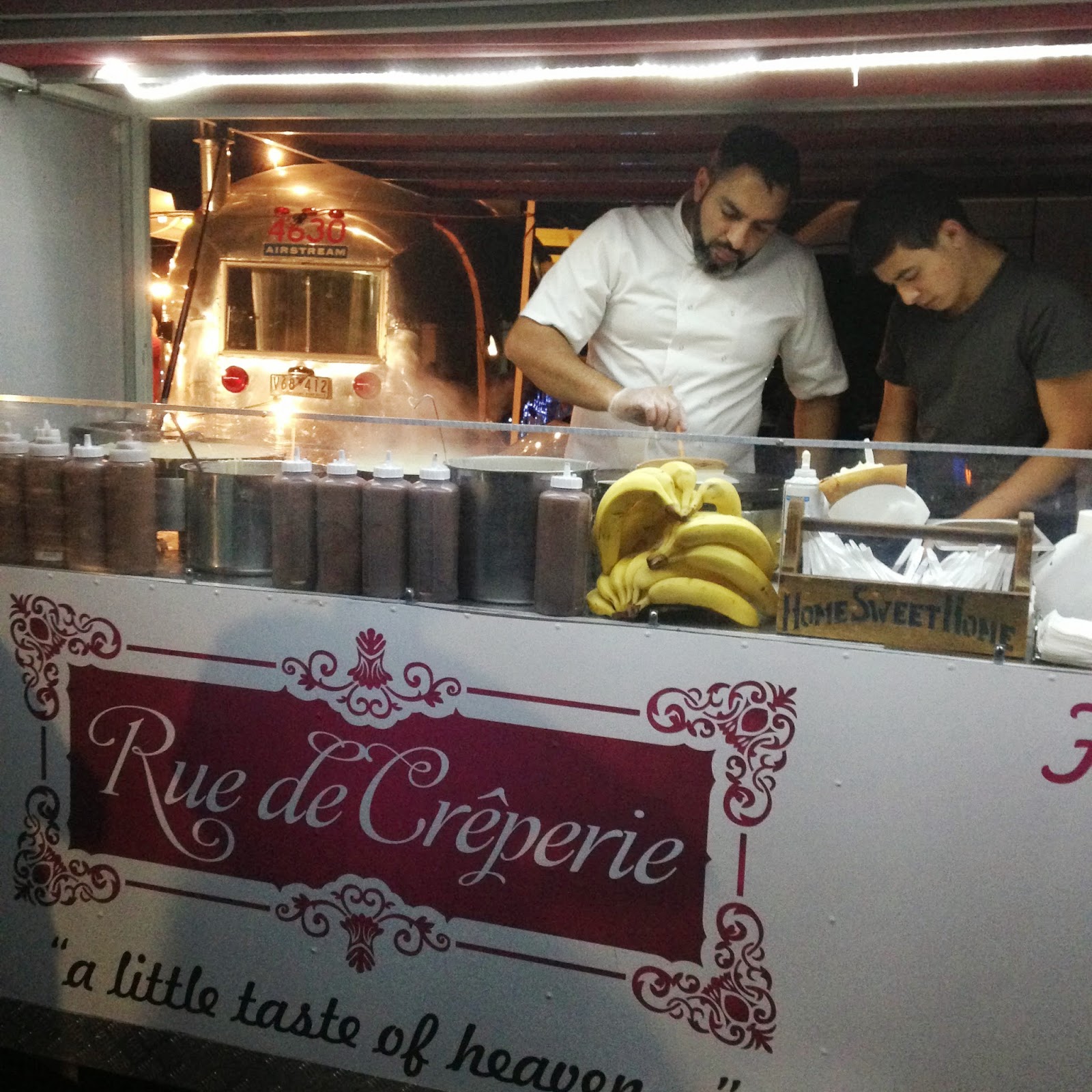 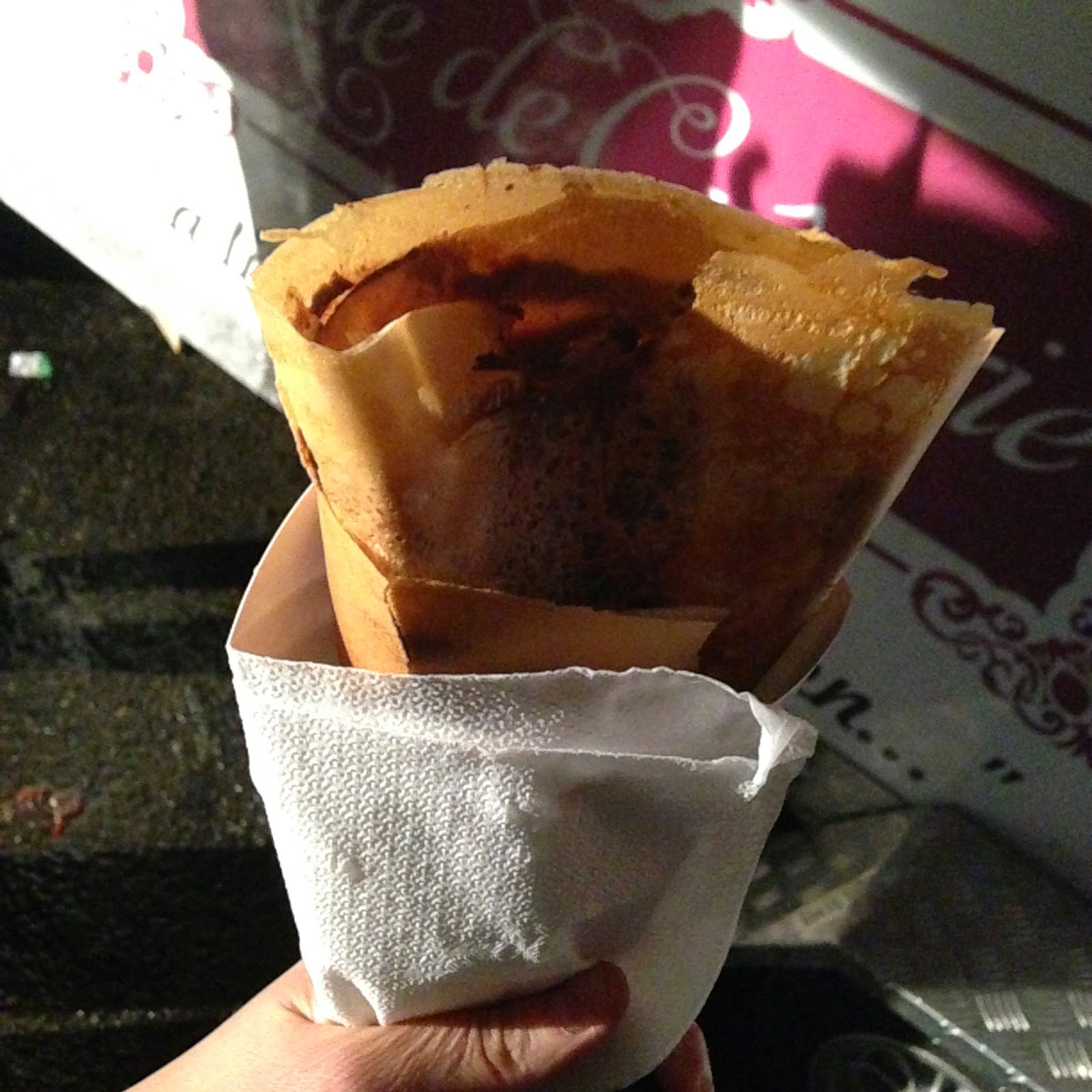 The kids' verdict - "Best movie night ever!"  The Coburg Drive-In Food Truck Festival is back due to popular demand, with their next session on December 17th and 18th, and further sessions during January.  For tickets and further information visit the Village Cinemas website.

Disclaimer : The Eat.Play.Shop. family attended the Coburg Drive-In Food Truck Festival courtesy of Village Cinemas and Twenty3 Sport + Entertainment.  Food from Gorilla Grill was paid for by myself.  Opinions are my own.

Posted by EatPlayShop at 9:42 PM