Last week I got a chance to try out one of the newest Mexican restaurant in Melbourne when I was invited to a Bloggers' Dinner ahead of its official launch this week.  It is *cutely* called Touche Hombre, and sits at the corner of Tattersalls Lane on Lonsdale St, right opposite QVB.  Described as "LA street style and creativitiy versus Mexican taco culture" in my invitation, I was intrigued as to what THAT will translate into. 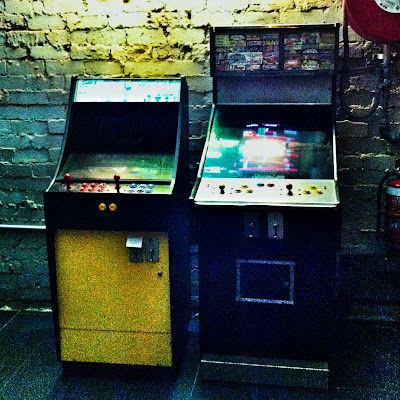 The restaurant itself is an open space that can house up to 80 people.  Exposed brick walls, graffiti, neon signs, arcade games and a live DJ on this Tuesday night contribute to the sense of old school fun, in a slightly tongue-in-cheek way.  References to the Ghostbusters, Ninja Turtles and the 3 Amigoes are a tip of the hat to the era that was.  We met Davis Yu, who is the energetic guy behind Maison Davis, the team behind The Millswyn.  It was quite interesting listening to him talk about the inspiration behind Touche Hombre, and about his ongoing project, the Claremont Tonic, which is the next restaurant Maison Davis will open later in the year.

We then sampled a range of dishes from their menu.  These are mostly bite sized, fun little shared dishes, often eaten with fingers, and dished up with paper and wooden disposable cutlery to add to the "casual and fun" feel of the restaurant.  We started off with Tostadios de Pollo, which is spiced chicken, mango jam, toasted sesame and chipotle mayo ($12 for 3).  A quick yummy mouthful, but it won't fill you up at $4 each. 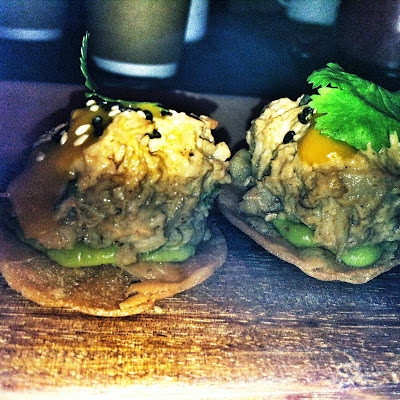 The Ceviche was an interesting mix of diced fish, mussels, cilantro, chilli, red onion, tomato and guacamole with tortilla chips. ($12)  A fresh tasting "chip and dip" combo which could probably be more spicy in my opinion, but a cute little starter to munch on over a chat. 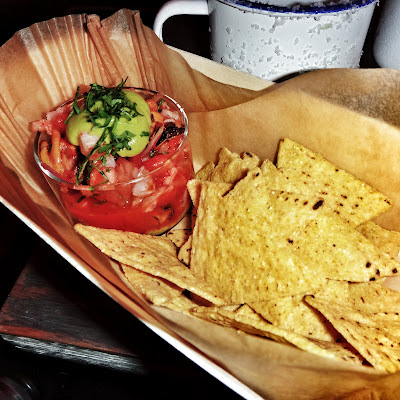 The Elotes Callejeros is their grilled corn, cilantro, smoked paprika, and grated Egmont cheese ($6).  Again a bit more spice would be nice but not a bad grilled corn otherwise. 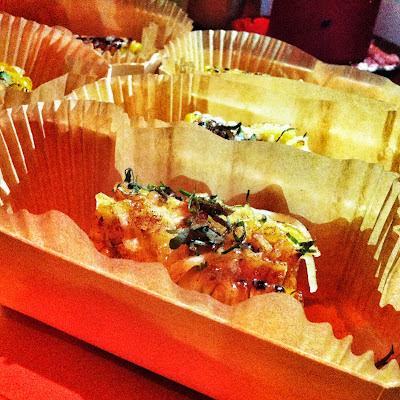 The Fatty Lamb Ribs ($8) was my favourite dish of the night.  This is Merquen, cilantro, lemon and honey.  Not your healthy kind of snack but OH. SO. YUMMY.  I think I'm going to want to run in and grab a tub everytime I walk past here. (Wonder if they'll let me take-away?) 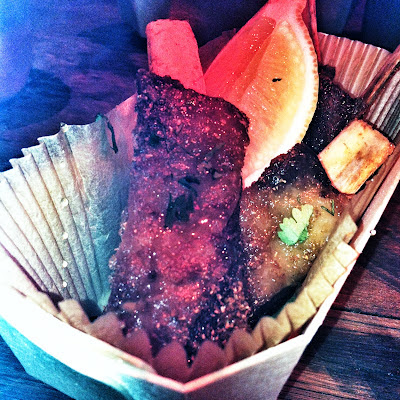 We sampled 3 of their 9 different taco offerings that night.  Starting off with Del Jaiba, a taco made with soft shell crab, corn cream, pea shoots, lime and mint ($6).   A seafood taco made more interesting by the corn cream. 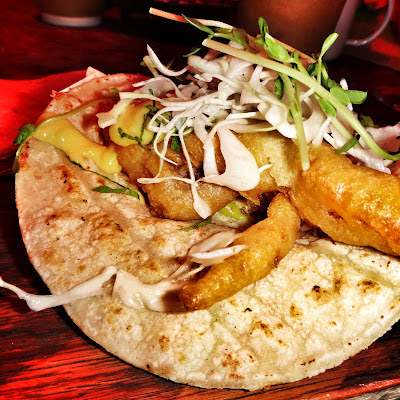 The Breakfast Taco was my favourite taco, filled with omelette, salchichas, Egmont cheese, beans, avocado, salsa, fried onions with habenero cream ($6.5).  Somehow all those ingredients work really well together in the warm soft taco and I enjoyed every last bite of this little treat. 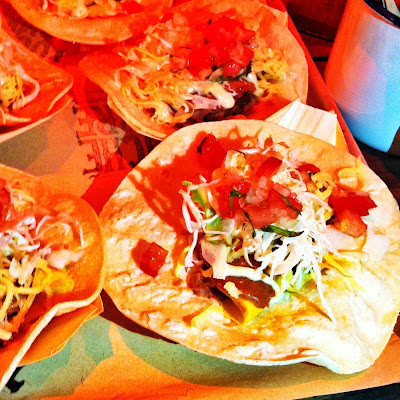 The Taco De Coronel was filled with charcoaled chicken, chimichurri, capers and shallots ($7). Pleasant tasting but not as memorable as the Breakfast Taco.  Next time I'm going to try the  El Secreto - Secret Squirrel Taco which contains something different everyday, but they won't tell you what's in it until AFTER you eat it.  That's a challenge hard to turn down in my opinion! 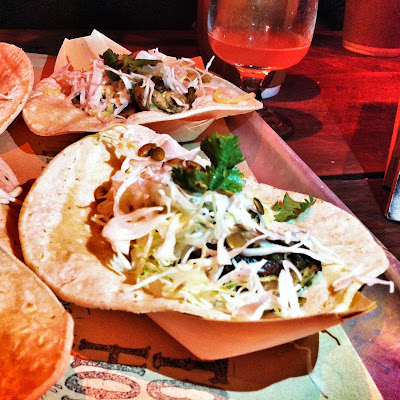 The food was accompanied by an interesting array of drinks, all served in colourful giant chicken jugs. 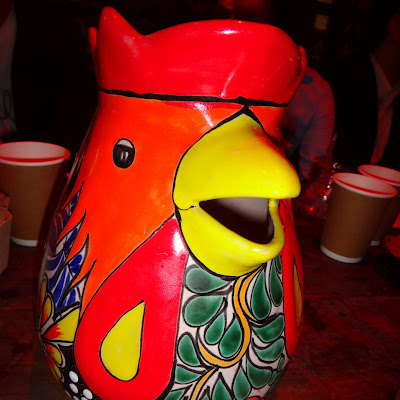 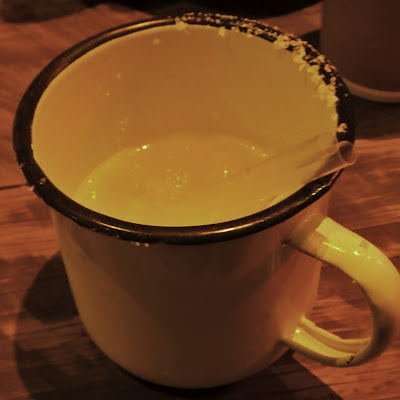 I sipped on most of these, as I drove that night.  My favourite one was probably the blood orange madagascar.  Very sweet and easy to drink.  Closely followed by La Paloma. 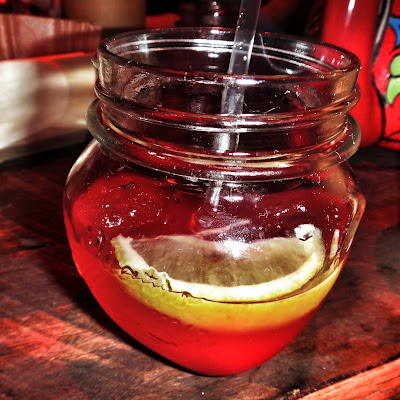 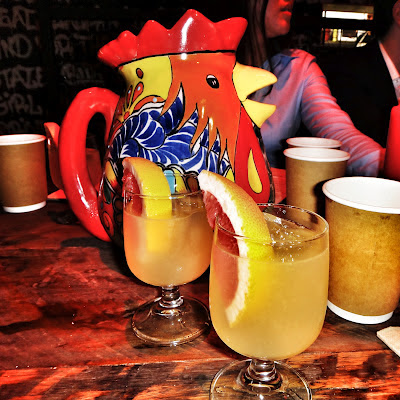 The Michelada Bitchin' Mexican Beer Cocktail looked interesting but I have to confess I didn't try this as I needed to stop drinking by this stage. 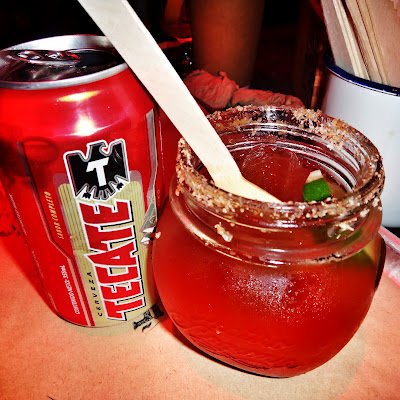 The drinks ended with shots of their own (cutely bottled) tequila. 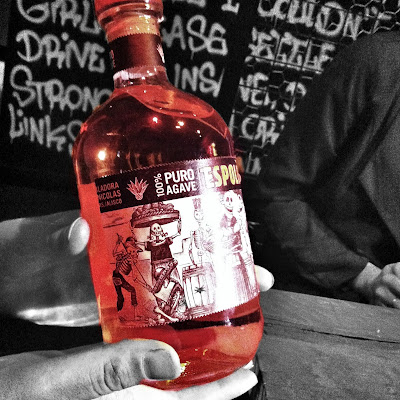 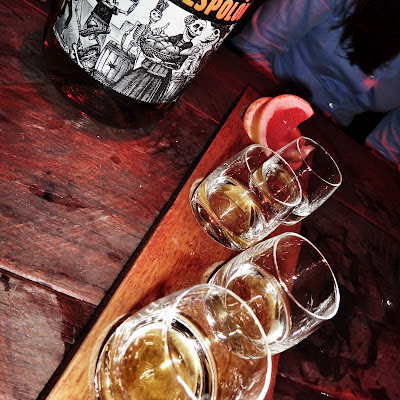 For dessert Touche Hombre offers up three sorts of Ice-Cream Sangas.  You can sample all 3 for $18. 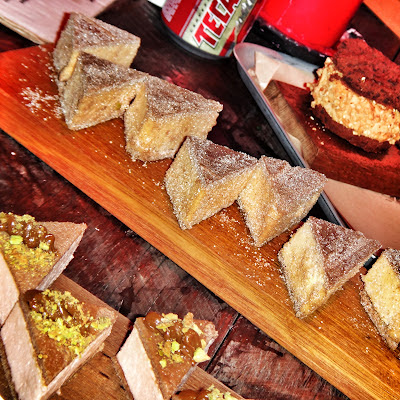 The Chocolate and Chillis Peanut Cookie ($7)  was an indulgent mix of chocolate and chilli which worked well together. 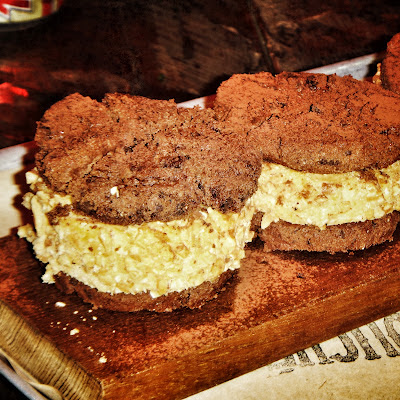 The Rice Pudding and Cinnamon ($7) was a caramel parfait, rice pudding and cinnamon sugar, and tasted like Christmas in a slice. 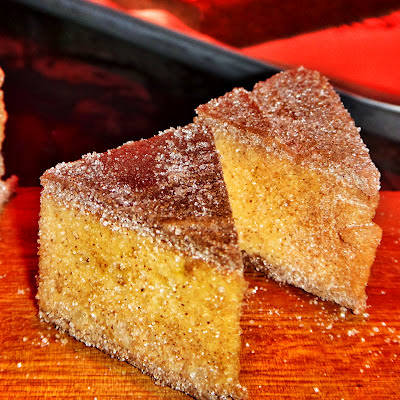 My favourite dessert of the night was the Dulce de Leche, a strawberry parfait with pistachio and dulce de leche.  The hint of fruity strawberry gives this indulgent sweet a real zing. 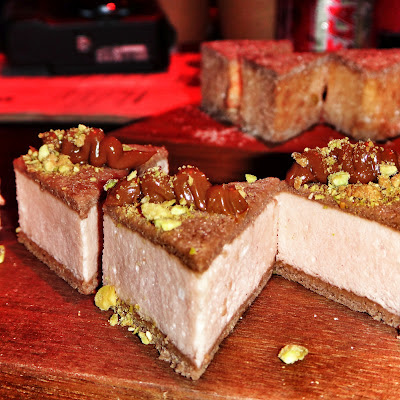 Touche Hombre is a fun addition to Melbourne that is cool because it doesn't seem to take itself too seriously.  Not a place to take the kids given the crowd and ambience, but a fun night out with friends most definitely!

Disclaimer : I attended the Bloggers' Dinner at Touche Hombre at the invitation of the team @ Maison Davis.