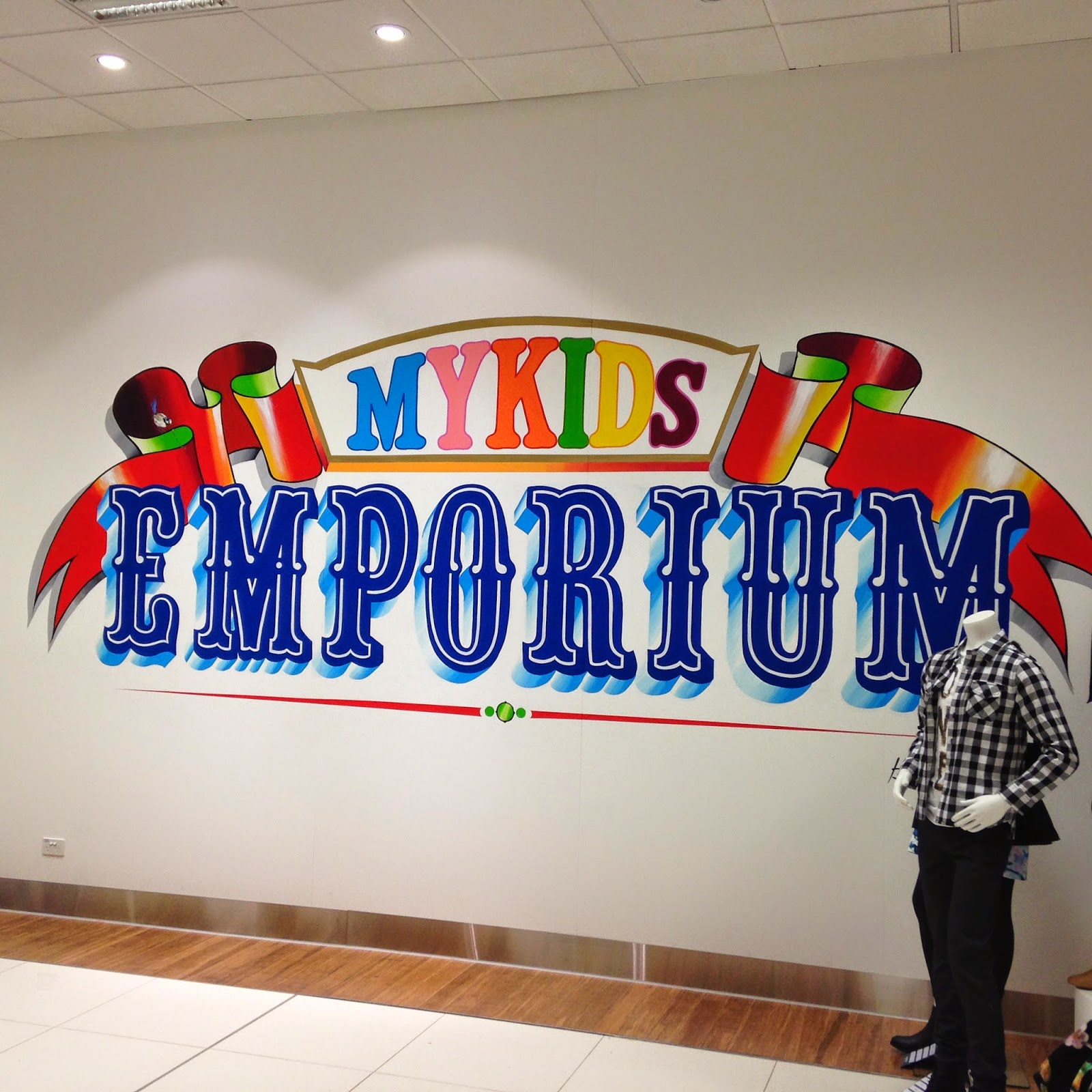 The Mykids Emporium opened last weekend on the 4th floor of the Emporium Melbourne.  Myers has moved its toys and children's wear department, as well as Men's Casual Wear and Luggage departments into this large open space.  It reminded me a little bit of the toy department back in the day when I was little, and I would have to "patiently" go through each level of the department store with my parents until we hit the top floor of the old Myer Store where the toy department was located!

The big difference of course is that there are now so many different and varied toys available!  Myer has set up little play areas throughout the level to let children have some hands on fun with some of the toys.  To the delight of my children this meant that they got to spend quite a bit of time checking out all the toys!  My afternoon was full of exclamations from my very excitable trio of kids. 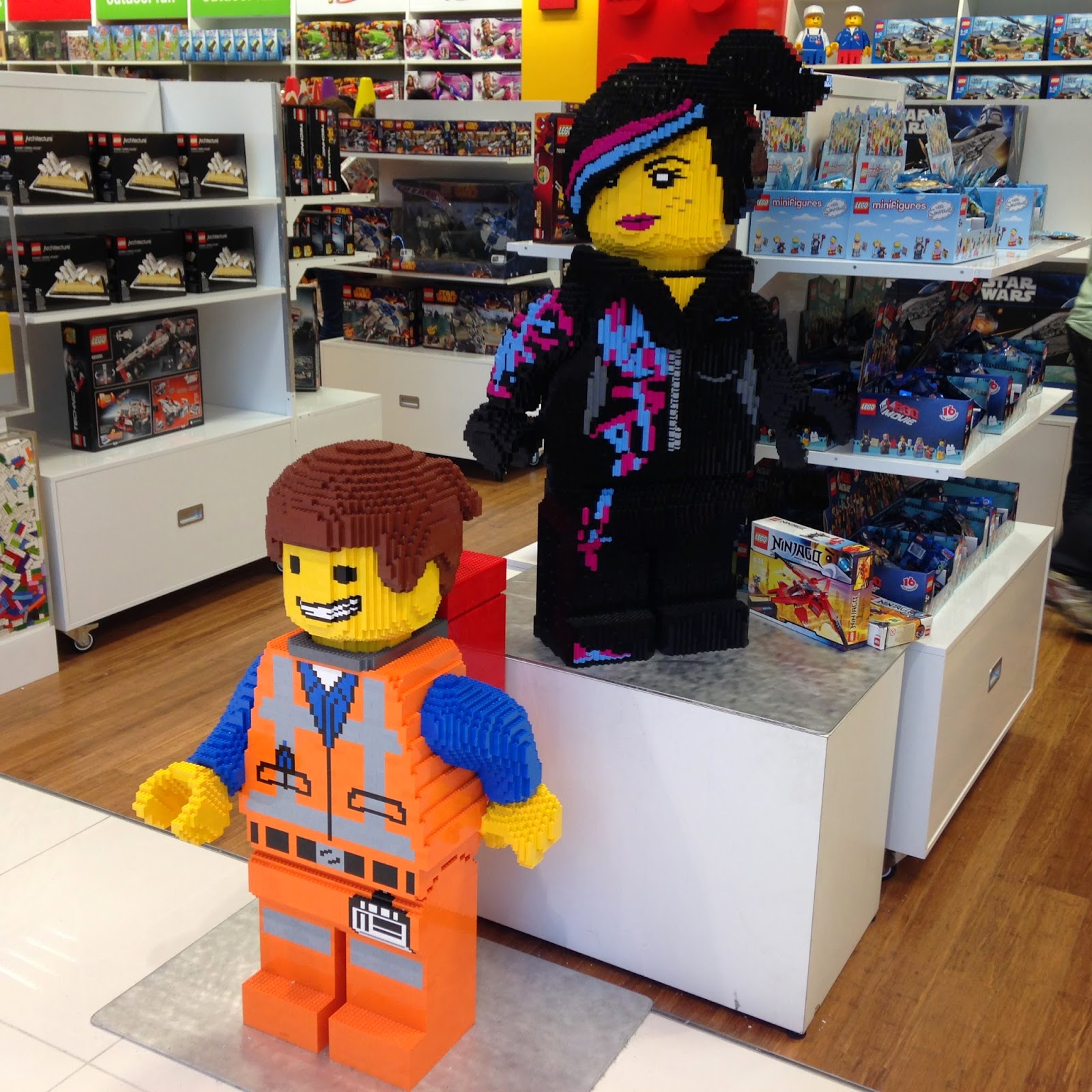 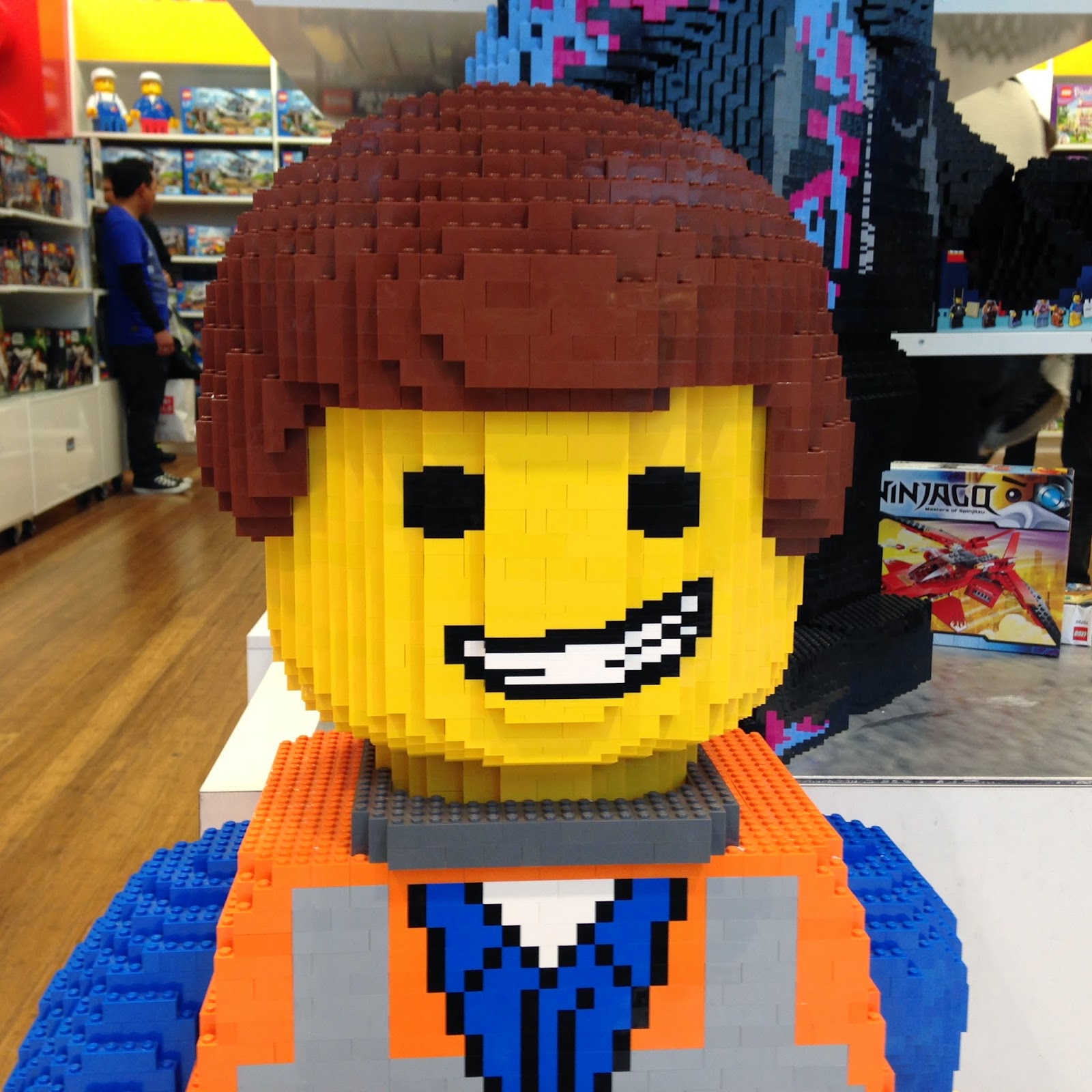 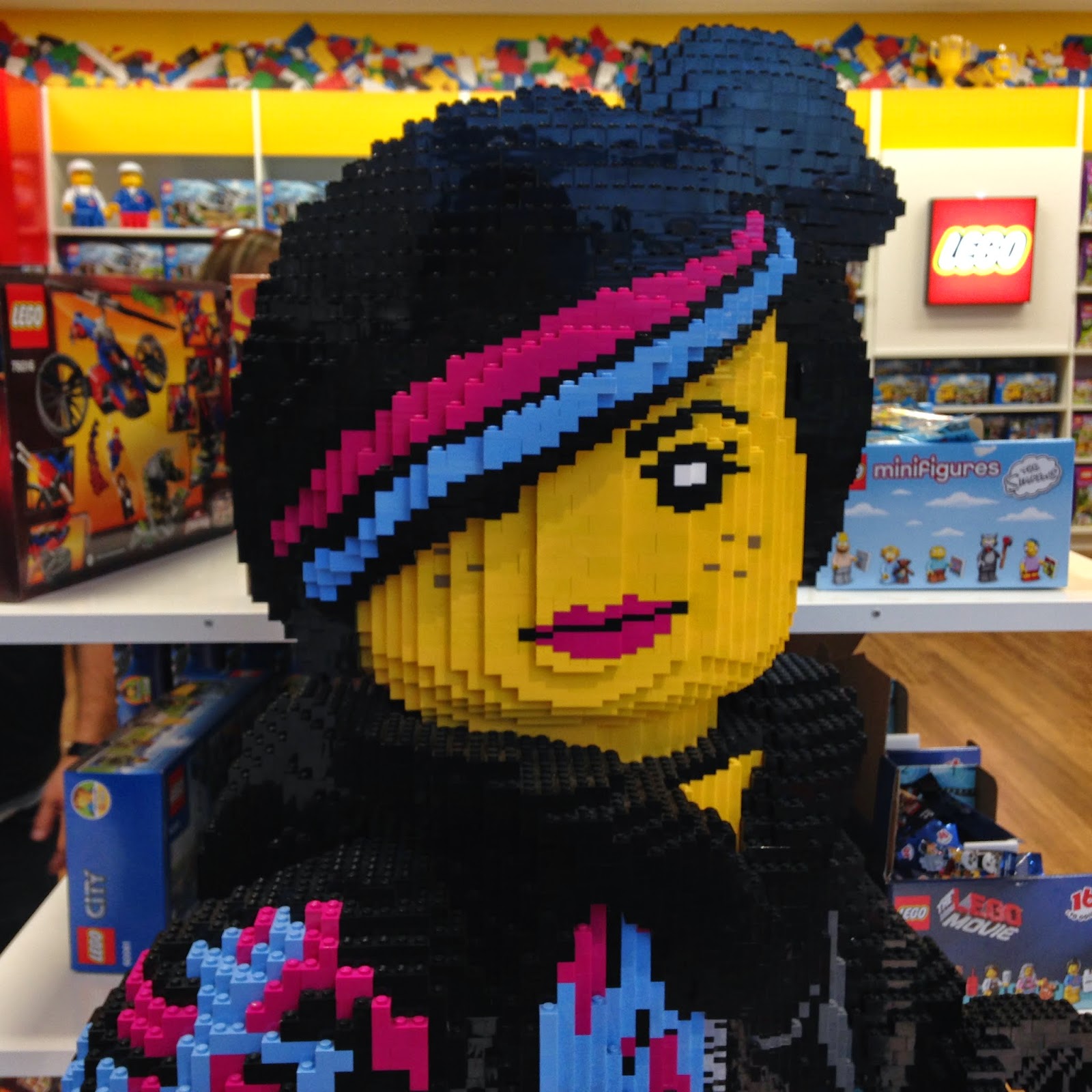 And a duplo wall that entertained Bubs for ages.  You'd think we don't have any duplo at home....... 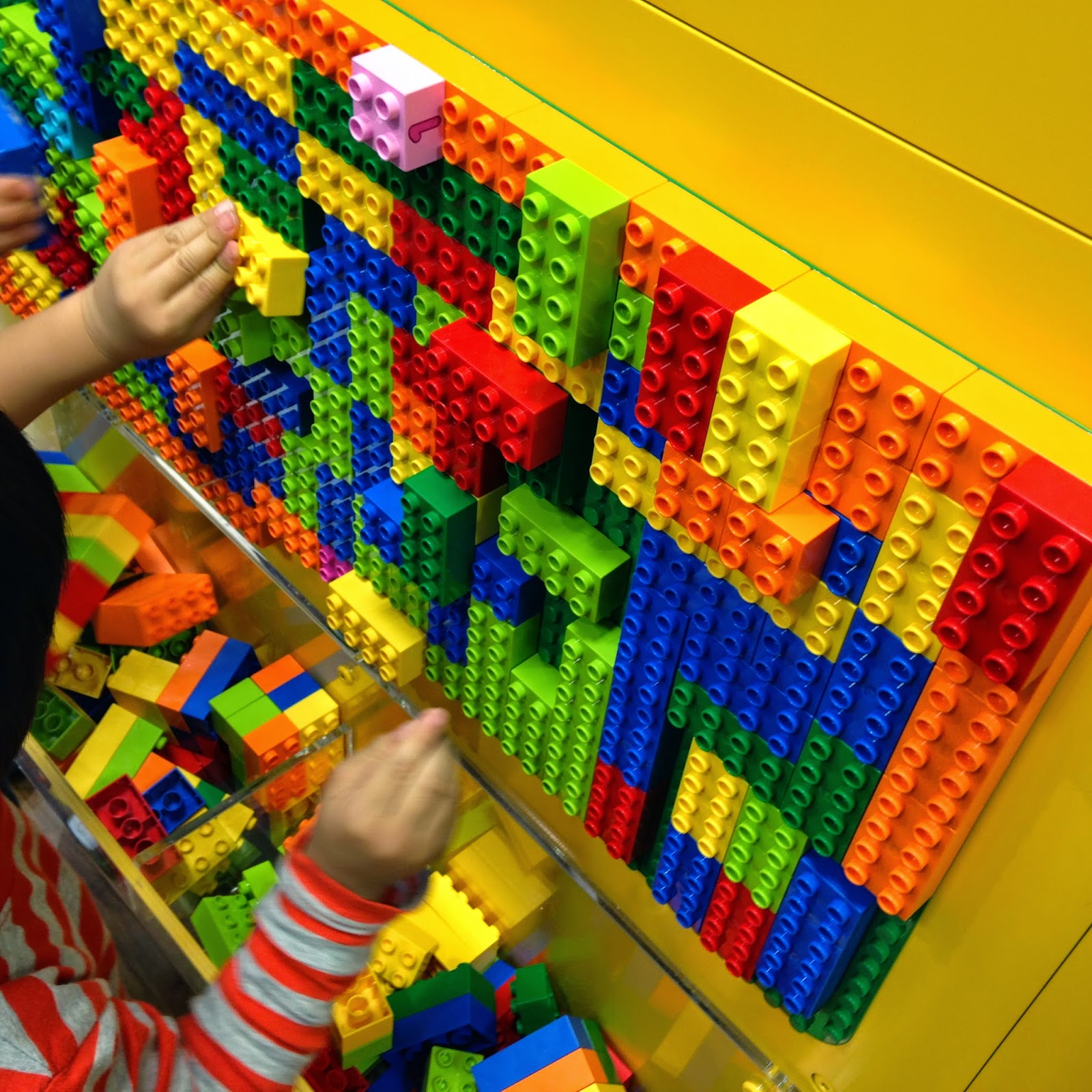 I was quite impressed with the model of Luna Park made with Lego. 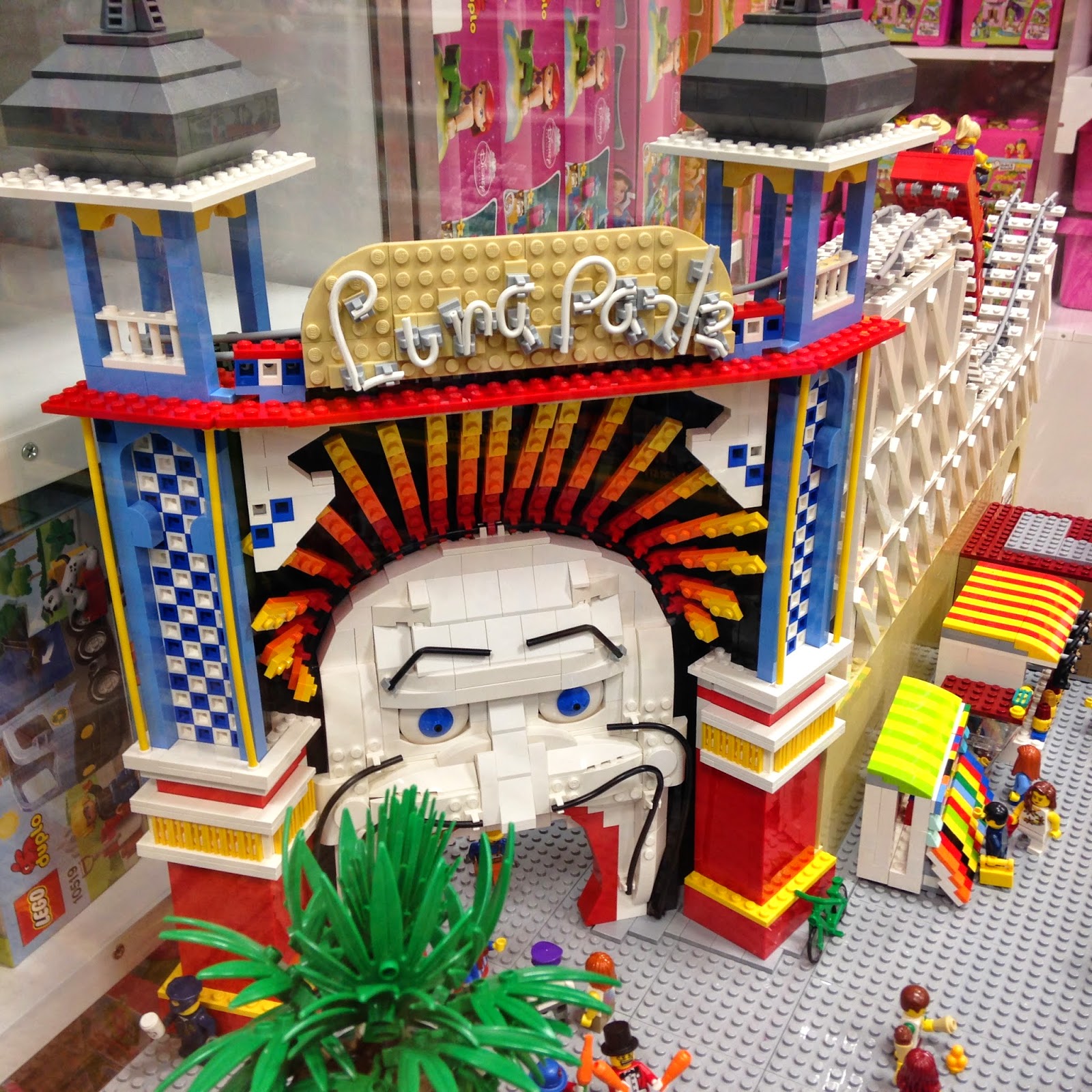 Iron Man was there striking a pose. 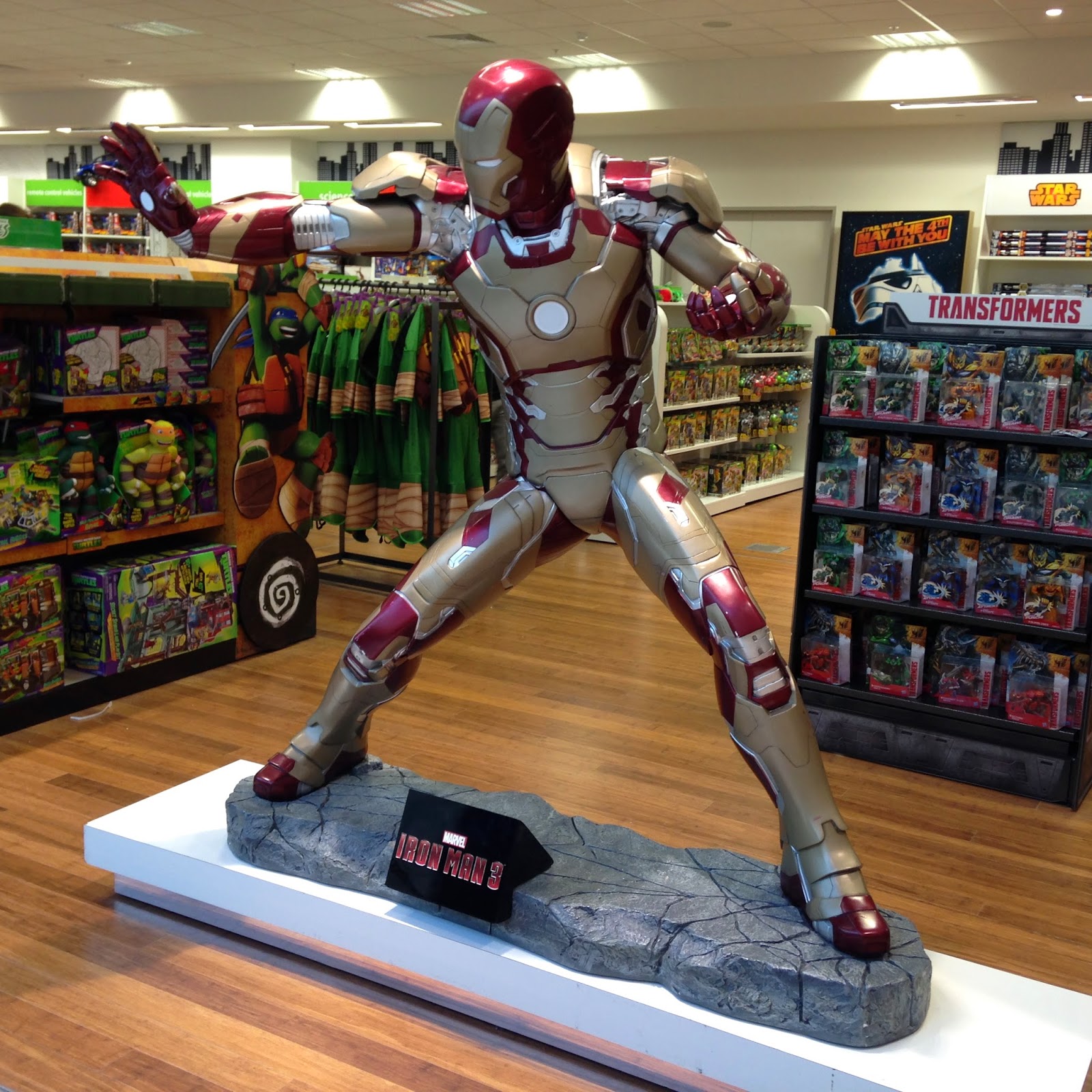 Thomas and Percy were there.  Thomas had about 15 kids hanging off him so I took a picture of quiet little Percy. The Thomas toys have always been a massive draw for Bubs and this was no exception. 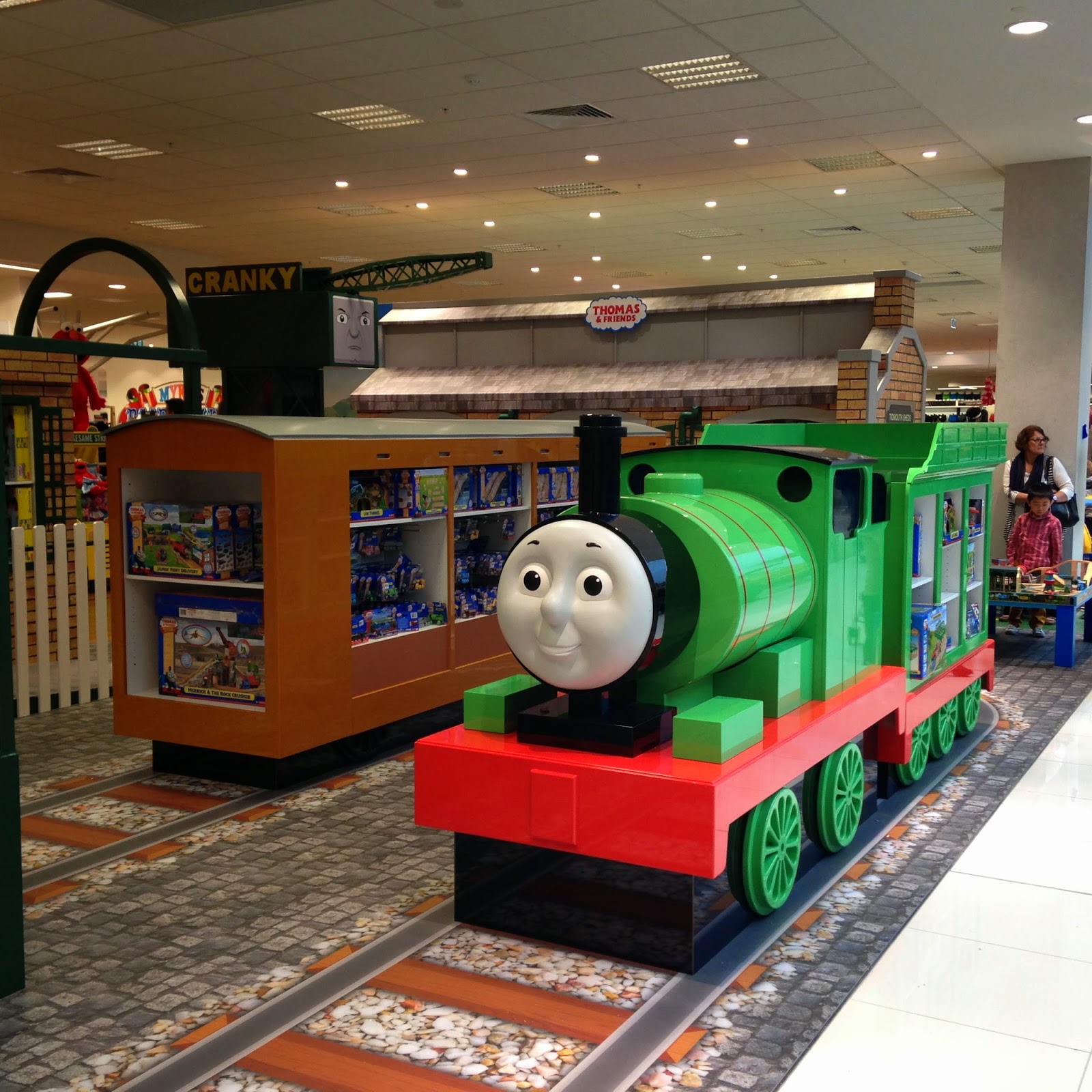 There were a couple of Little Tikes playhouses as well as their infamous little cars to entertain the toddlers. These were bolted to the ground when we were there, which is not a bad idea as I can't help envisioning the possible motor vehicle accidents and subsequent TAC claims. 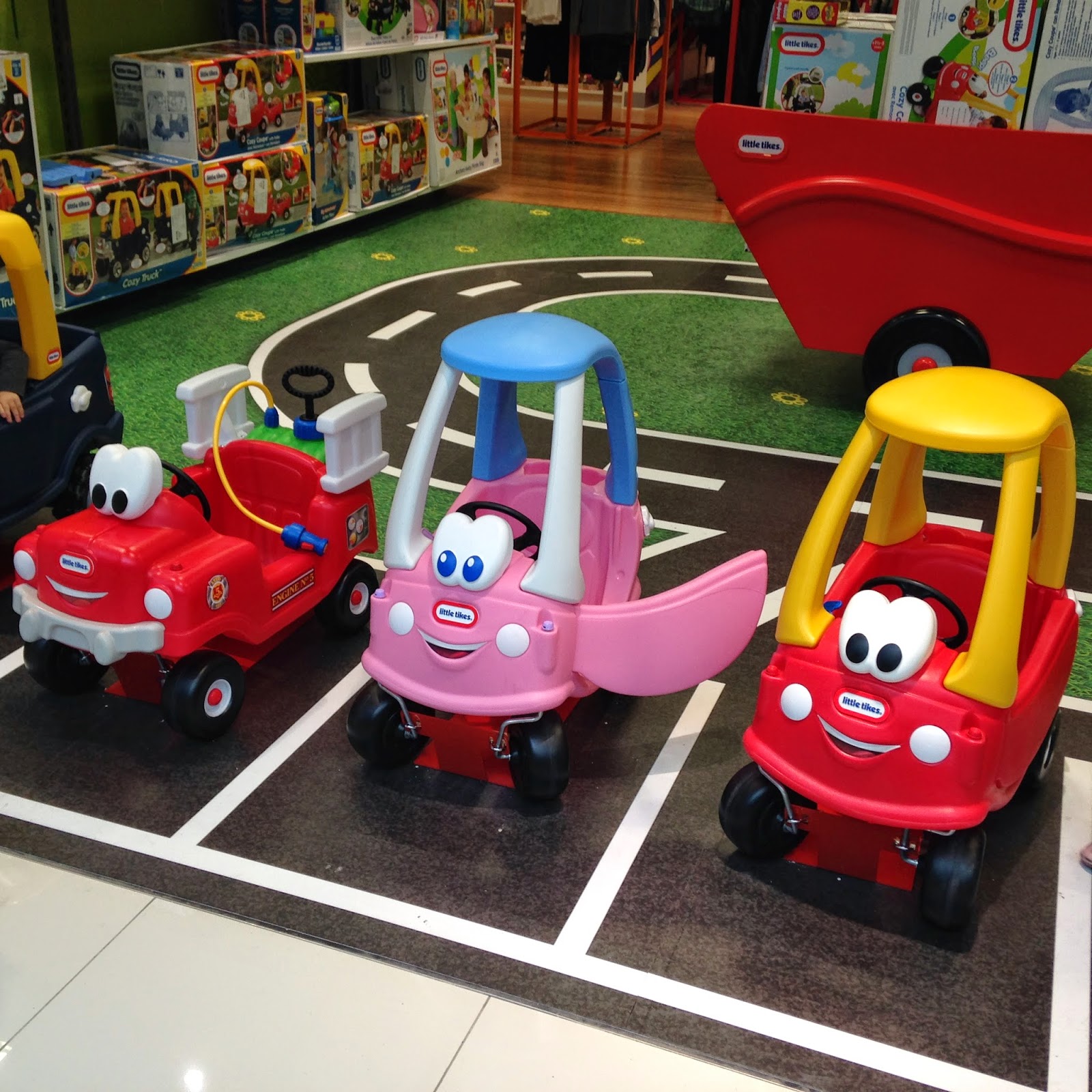 Rainbow Dash was there. 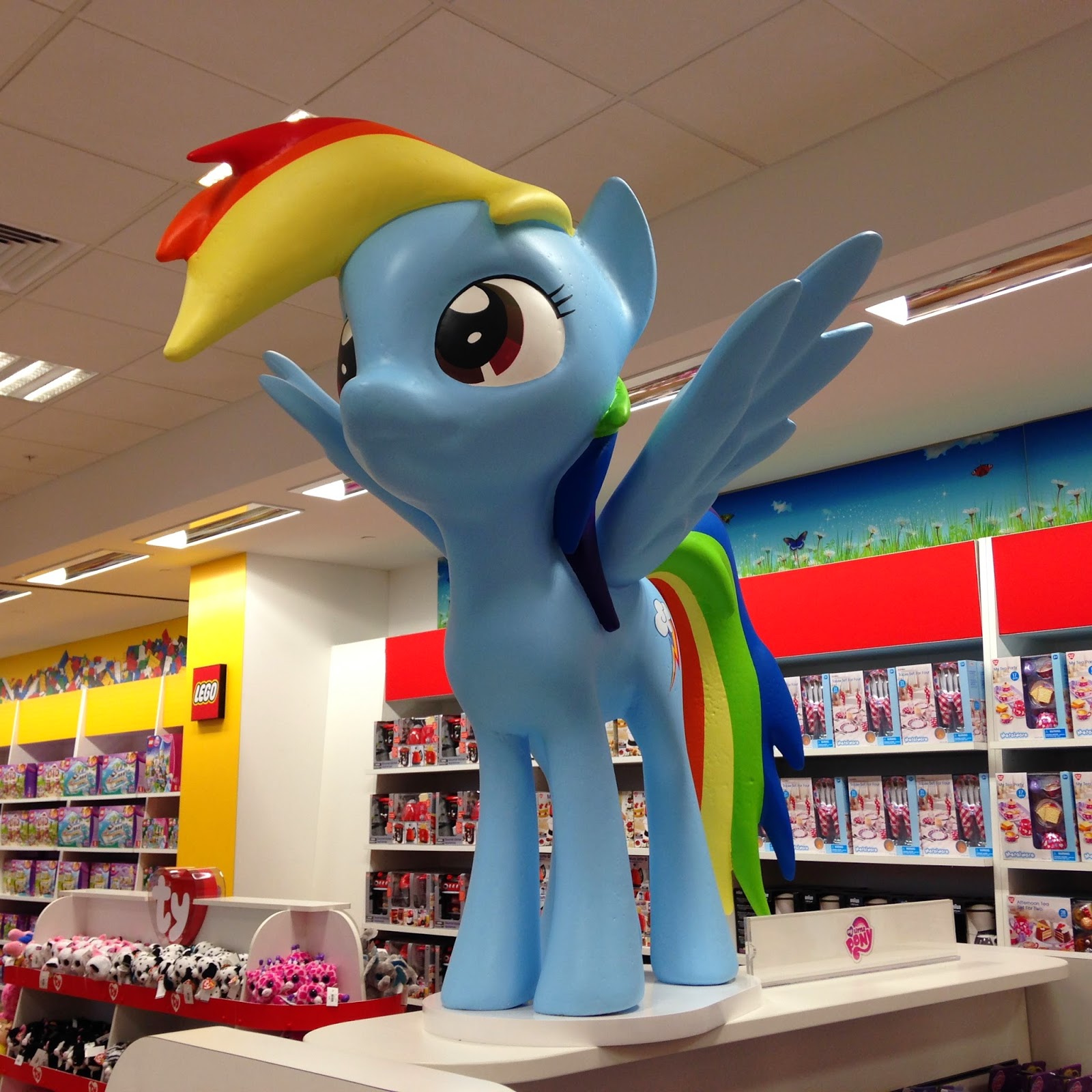 And so was Lalaloopsy and a massive wall of all its different curly hair and detachable body bits incarnations. (At this angle all you can see are the Monster High dolls though, of which I am not a huge fan) 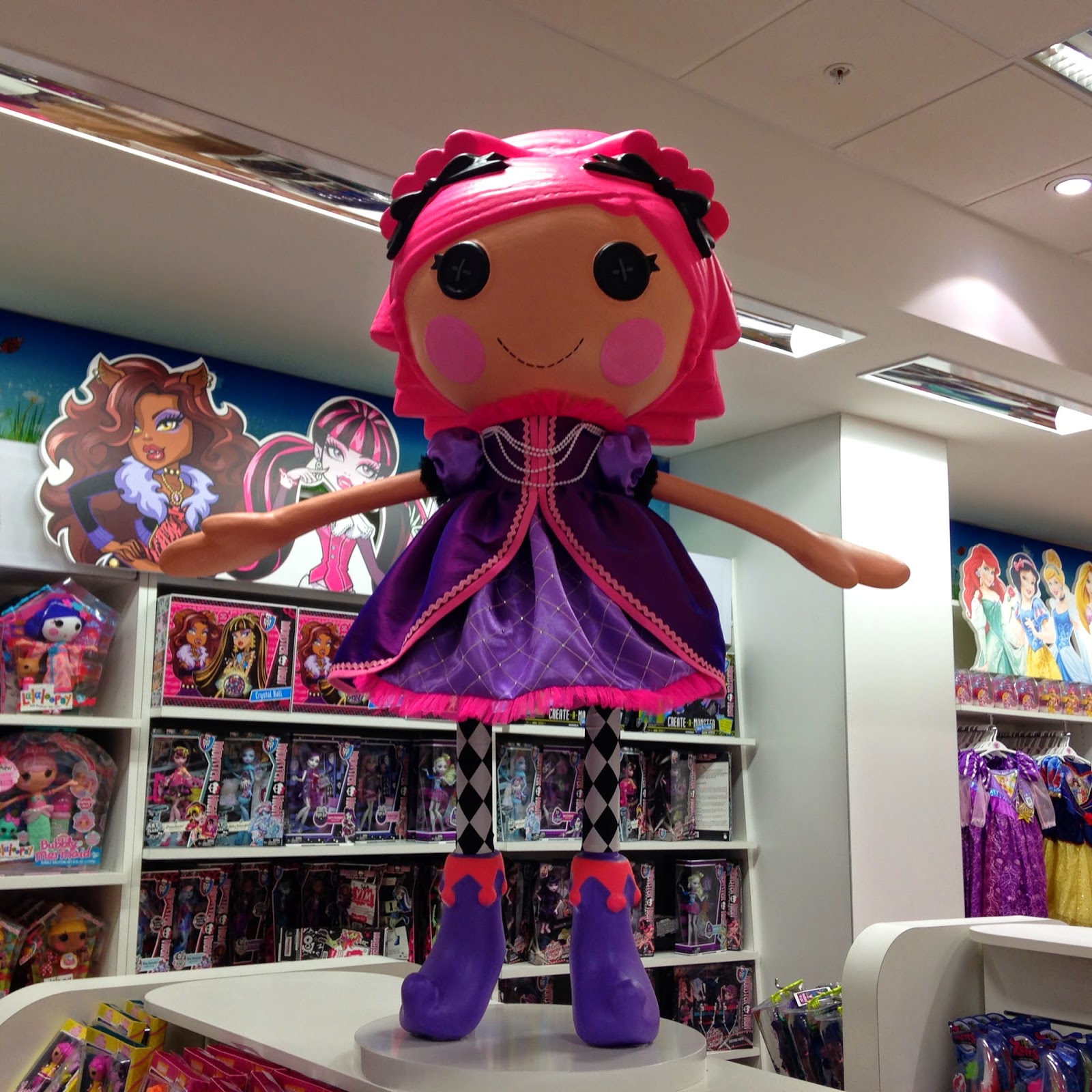 And next to that was a big screen TV (with a couch, which I took unabashed advantage of to have a rest) showing an endless loop of the latest Barbie movies. 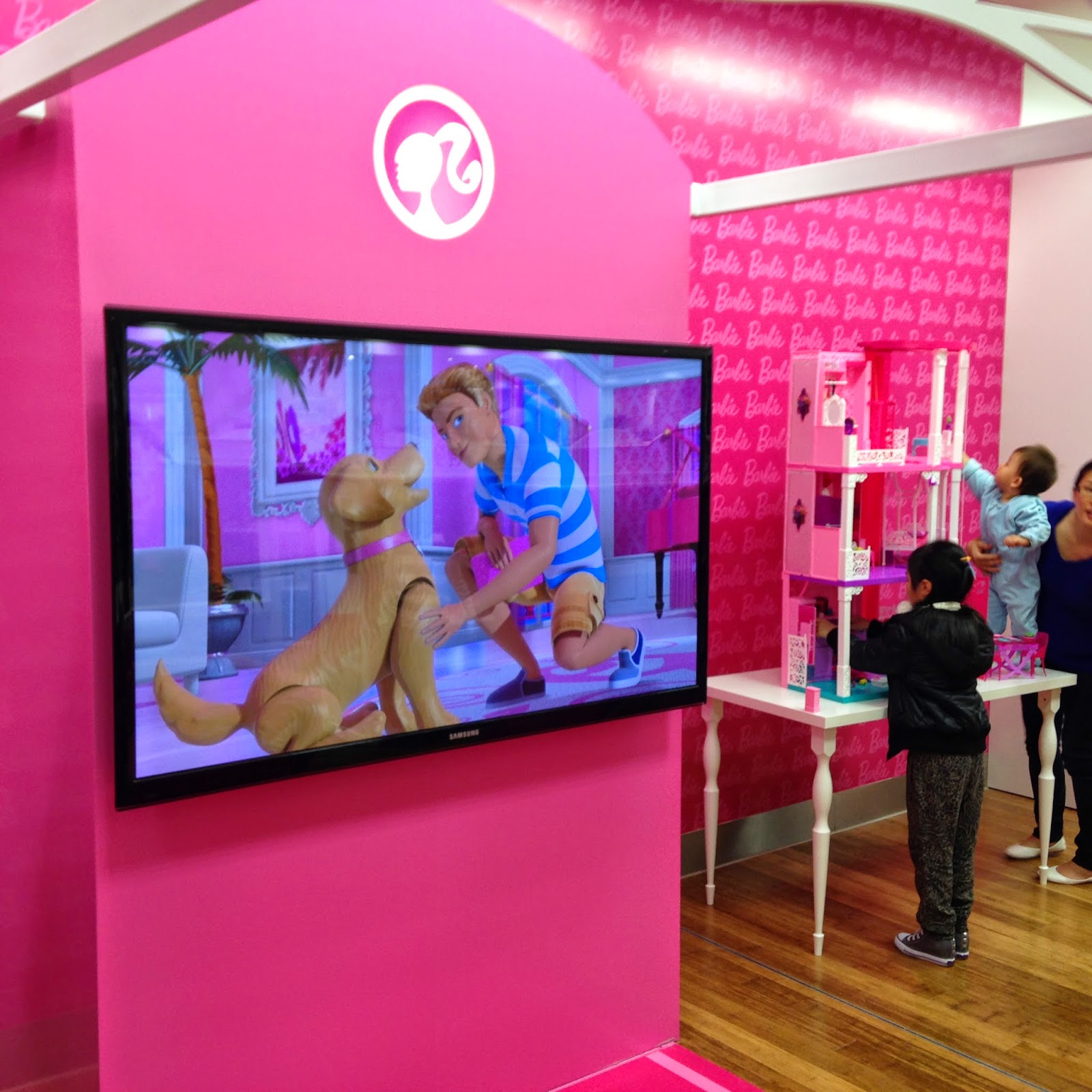 There's also one of the biggest selection of Playmobil sets I have seen in Melbourne. I love Playmobil! 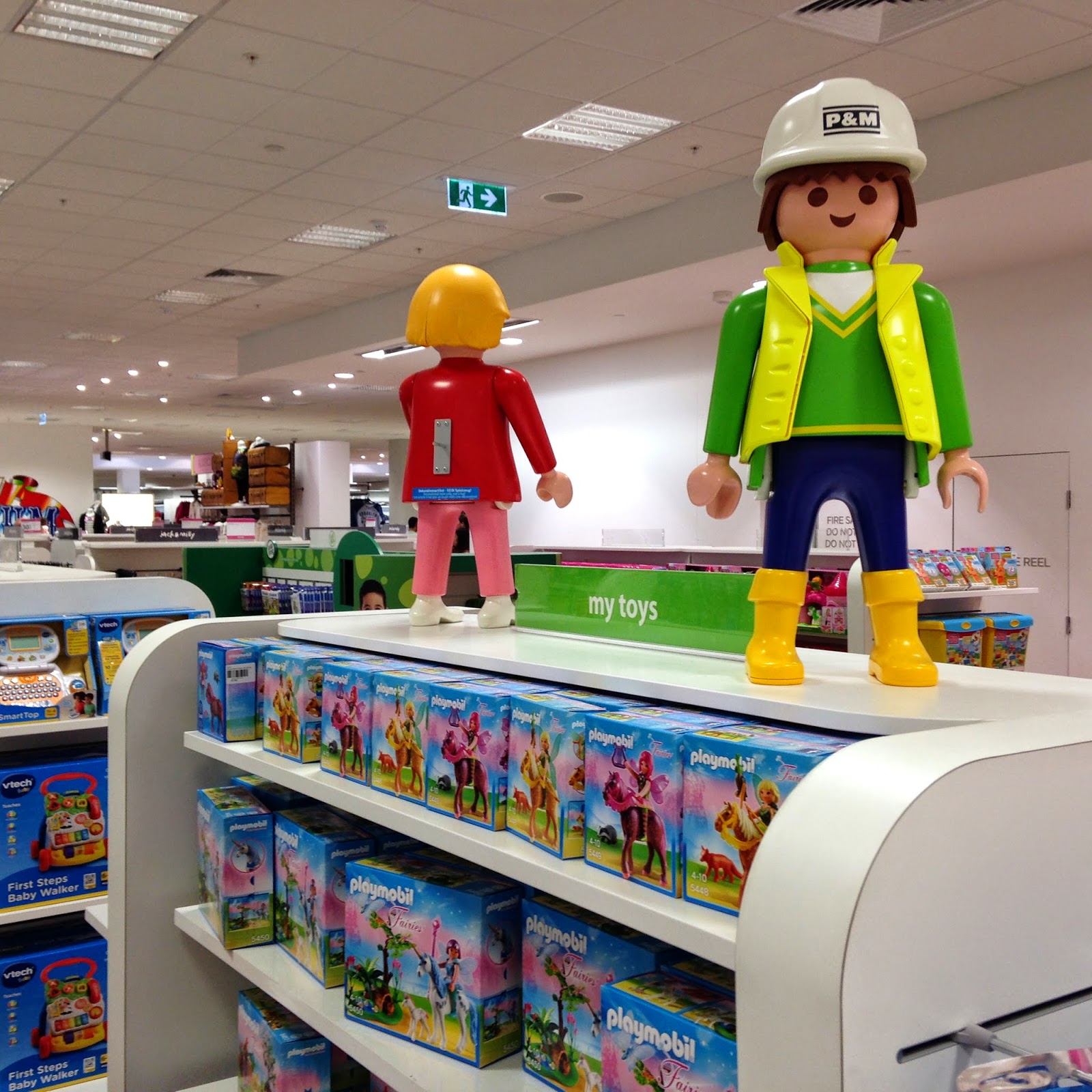 To my delight I found that Fisher Price has remade some of its classic toys. You're probably thinking that I know way too much about toys.  I'm sure Hubby often thinks that I buy toys for my own excitement rather than for the kids!  (I'm no Will Farrell but seriously hands off my minifig display case!) 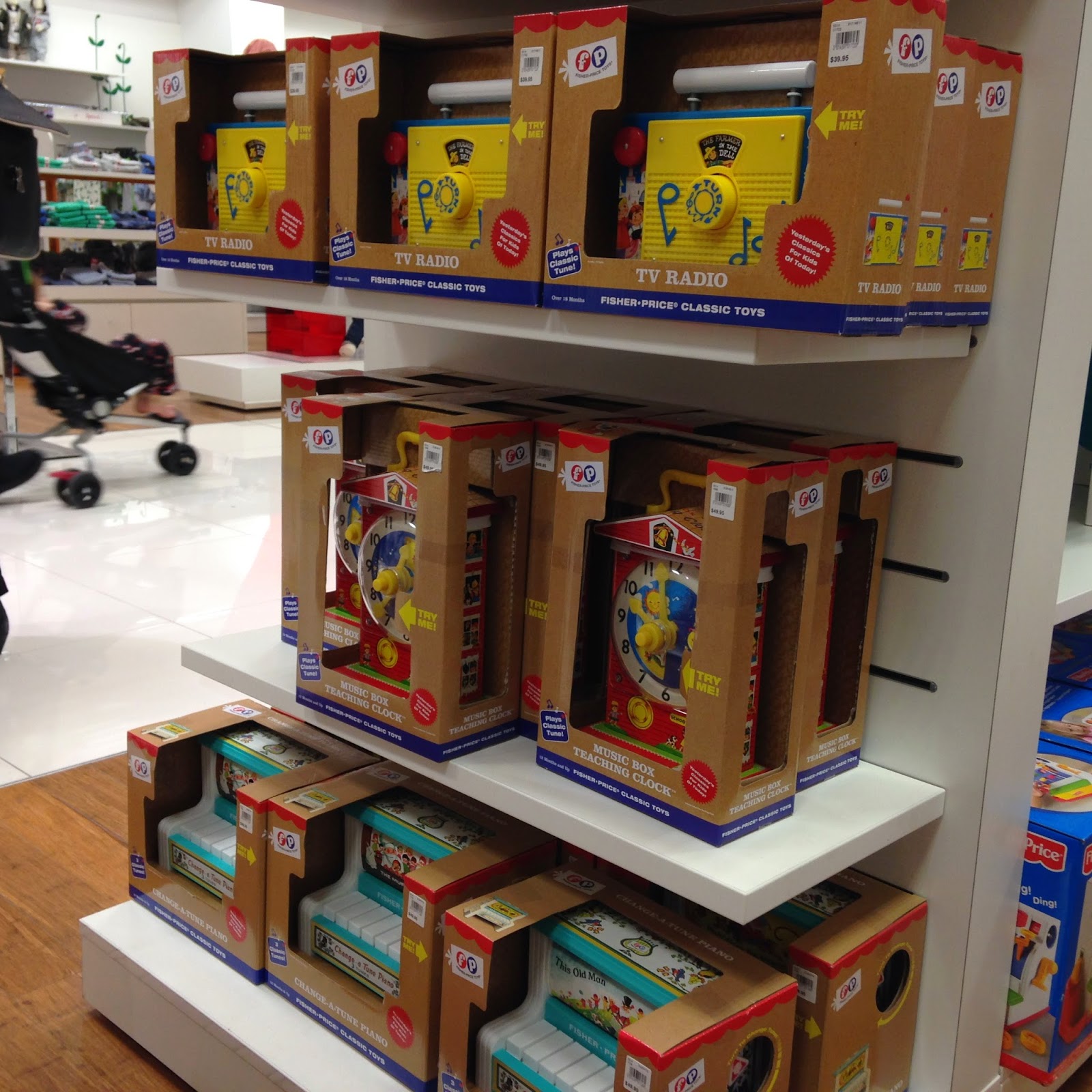 We spent most of the afternoon here and by the time we left we were too lazy to walk far for dinner, and ended up having a bit of an "international buffet" of sorts by getting different dishes from the various vendors in the food court. 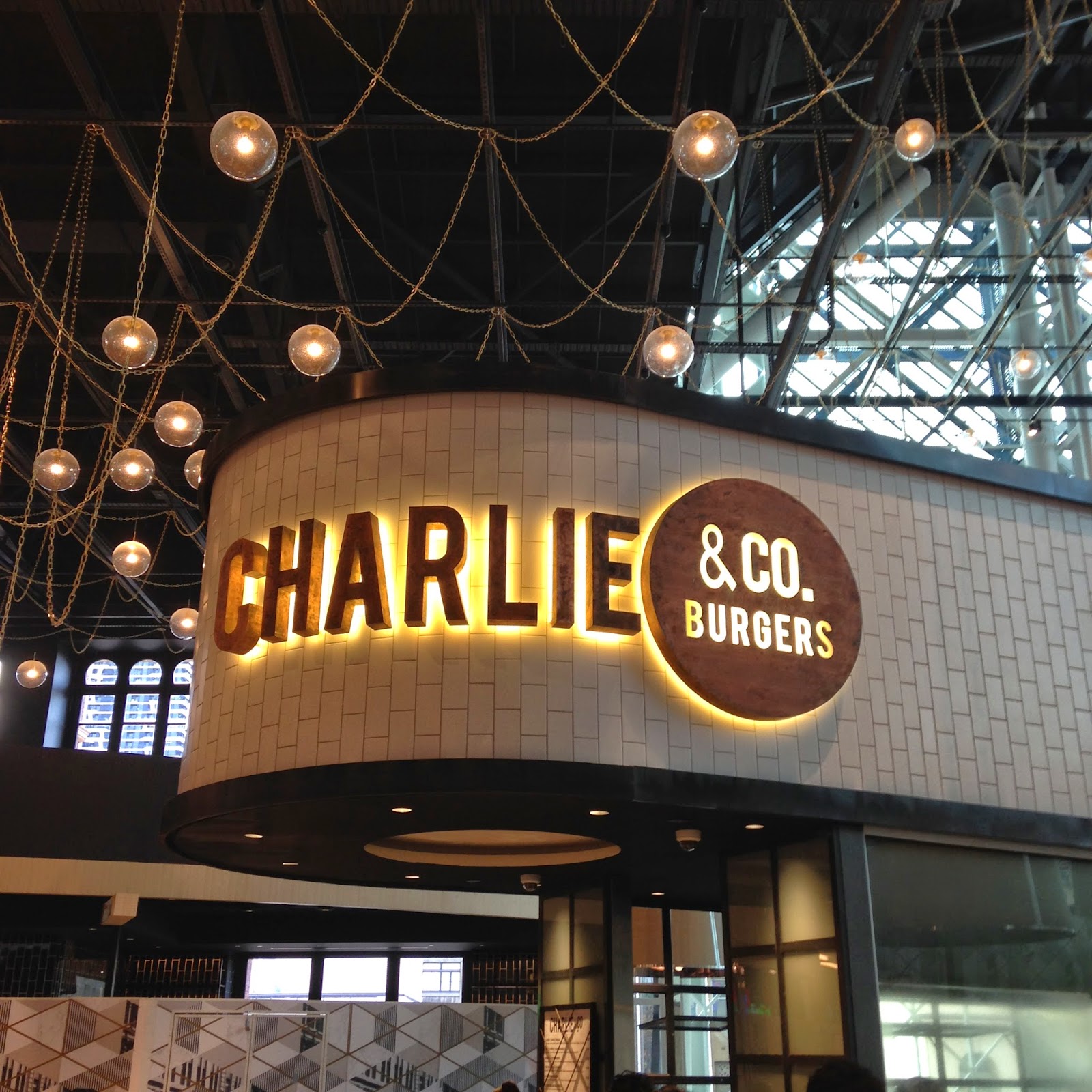 We ordered some Parmasen Truffled Fries from Charlie & Co. Burgers.  ($4.9)  We had loved them and couldn't get enough when we tried them at the Sydney Westfield foodcourt (they serve a bigger bowl there for $8).  We've had these a couple of times here since they've opened but have found that somehow these seem less "truffle-y" and "parmasen-y" than the ones from the North.  Hopefully this will improve with time! 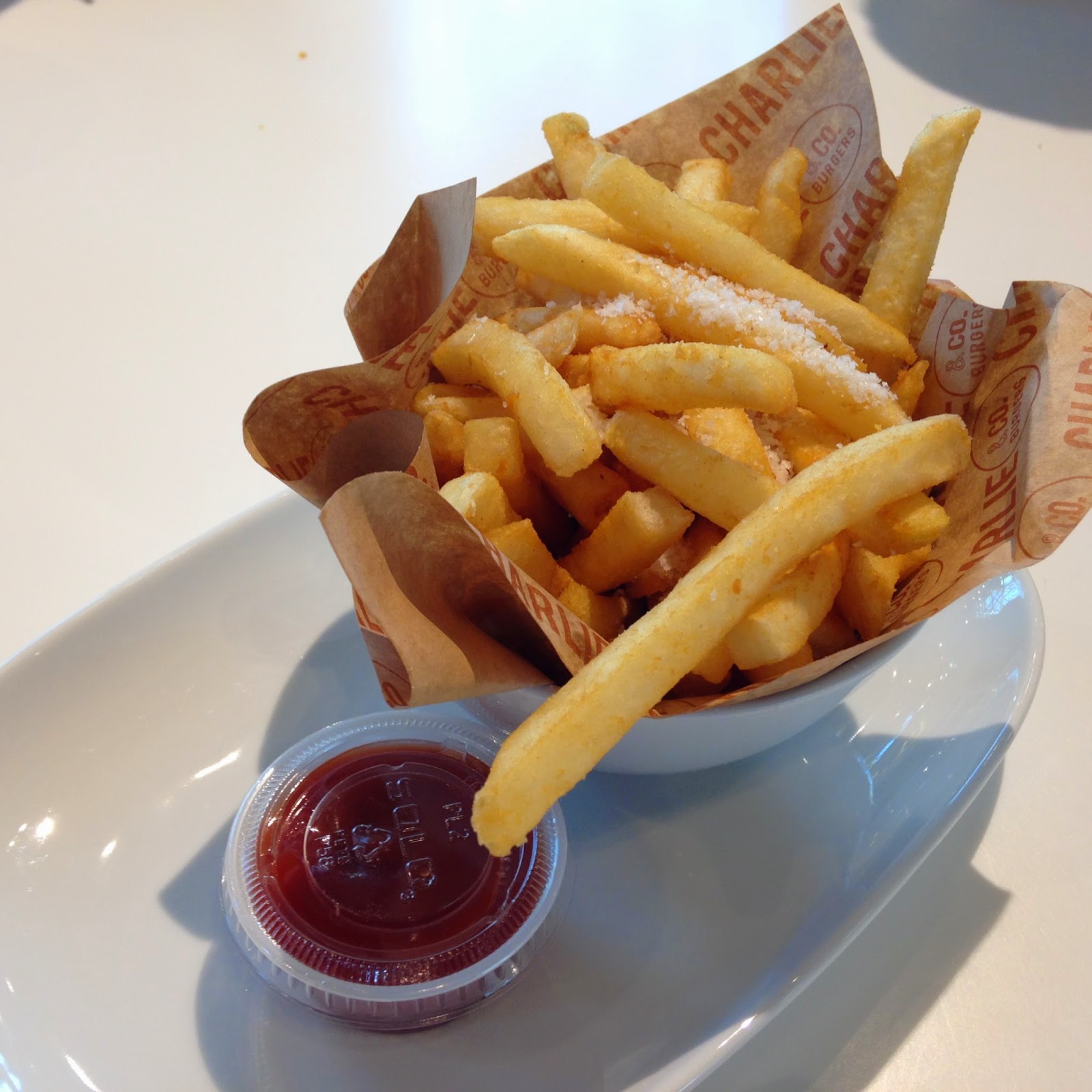 Hubby had the Bonezilla from Jimmy Grants ($9), as we hadn't tried that on our previous visit to their Fitzroy Store. 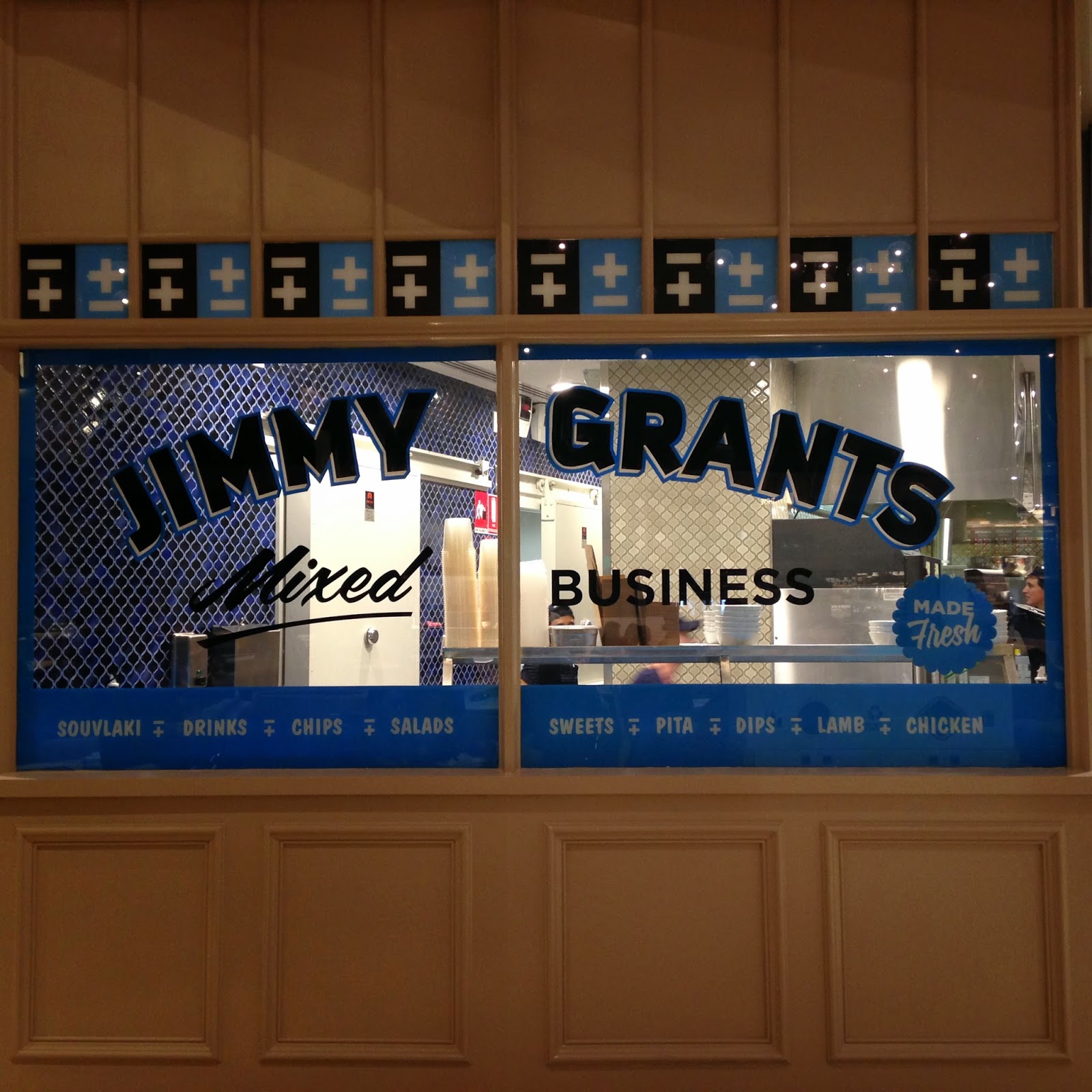 Happy to report that this was just as awesome as the other ones! 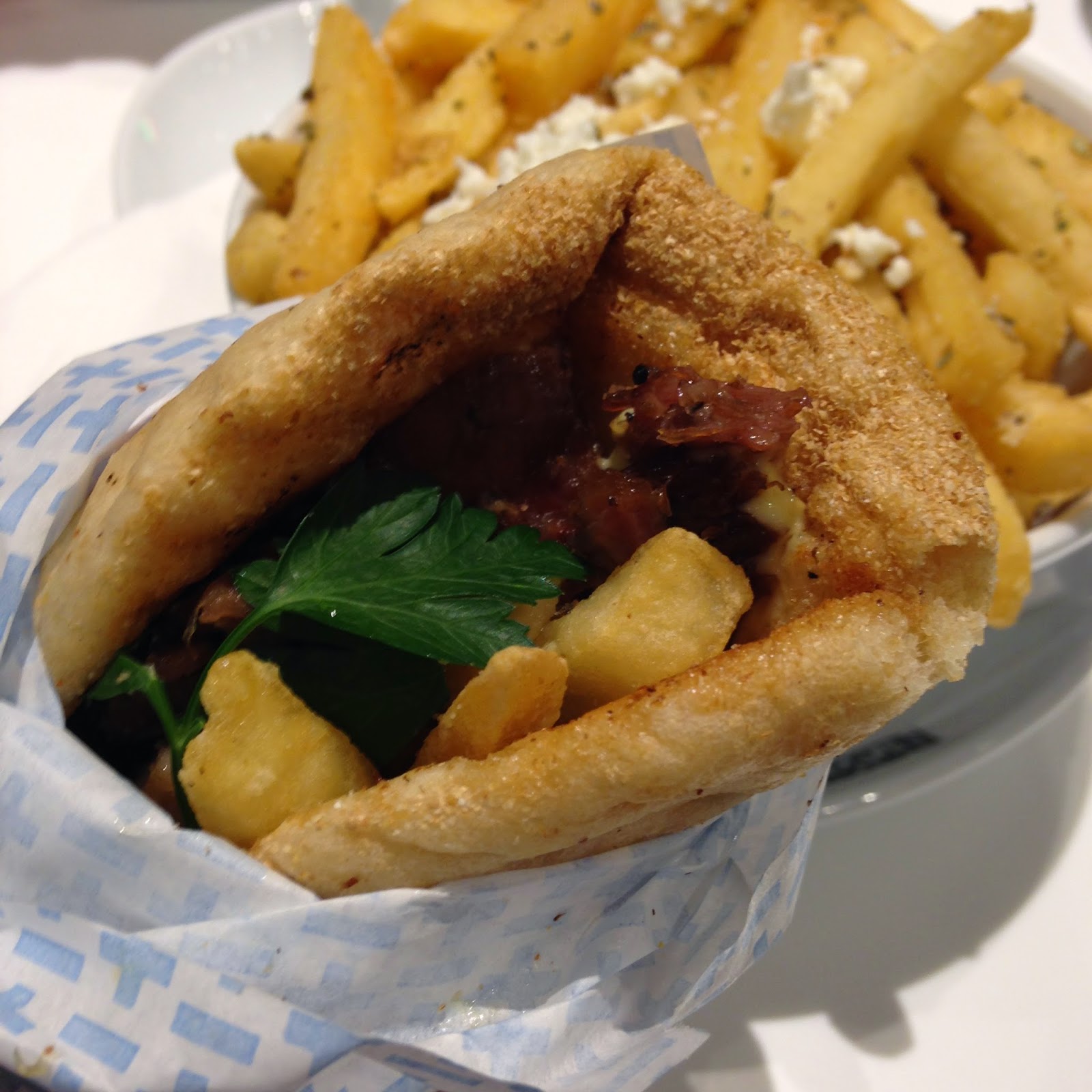 And I acutally preferred their Chips with garlic oil, feta and oregano ($7). The kids wanted spaghetti and pizza so we ordered from Bar Napoli which has opened up in the same area, and the chef there cooks to order.

The Spaghetti Bolognaise ($12) was very pleasant.  Hubby felt it could probably do with a little bit more salt but the kids didn't mind and gobbled it all up, loving the generous amount of cheese on top. 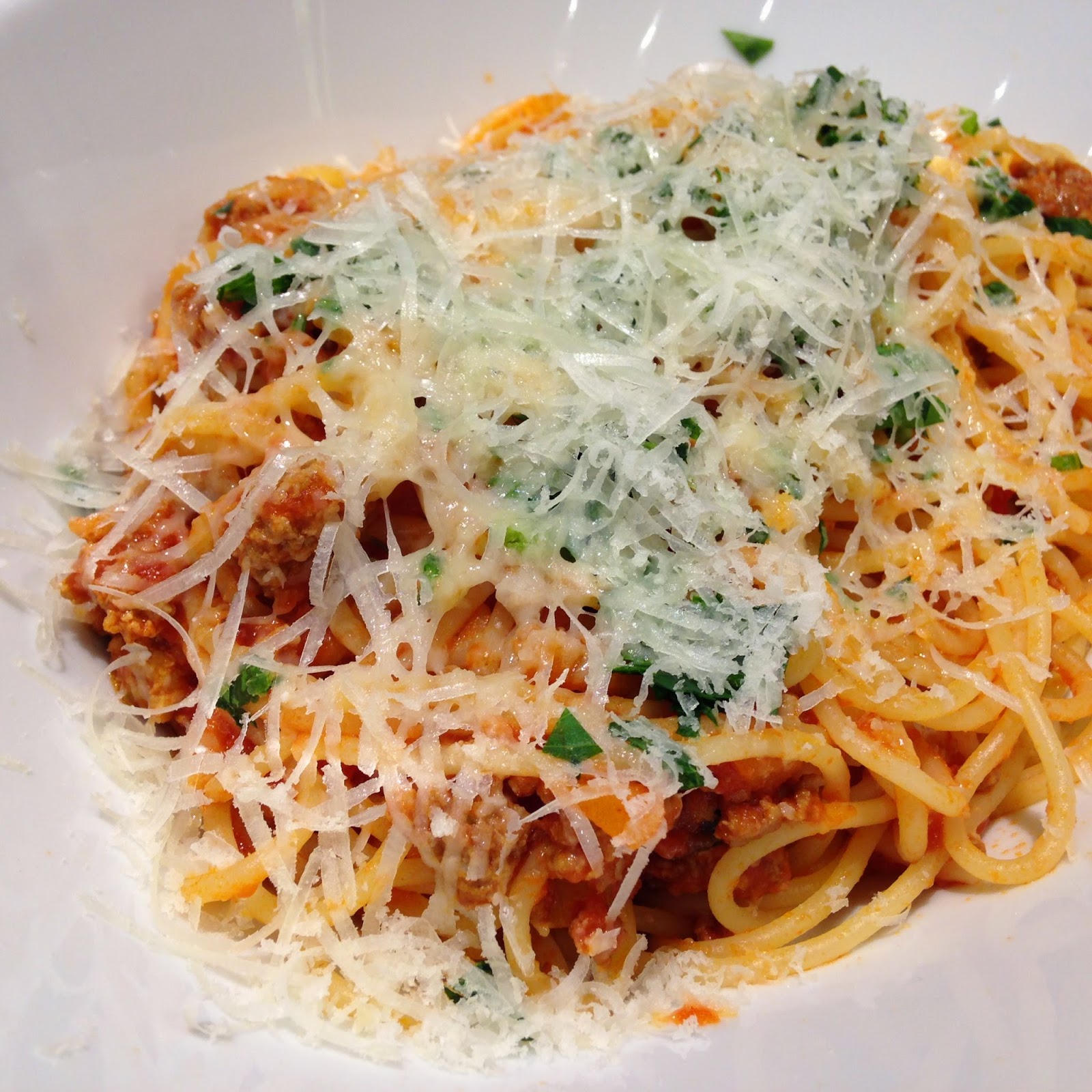 The Margherita Pizza ($12) was very tasty in its simplicity, as it should. 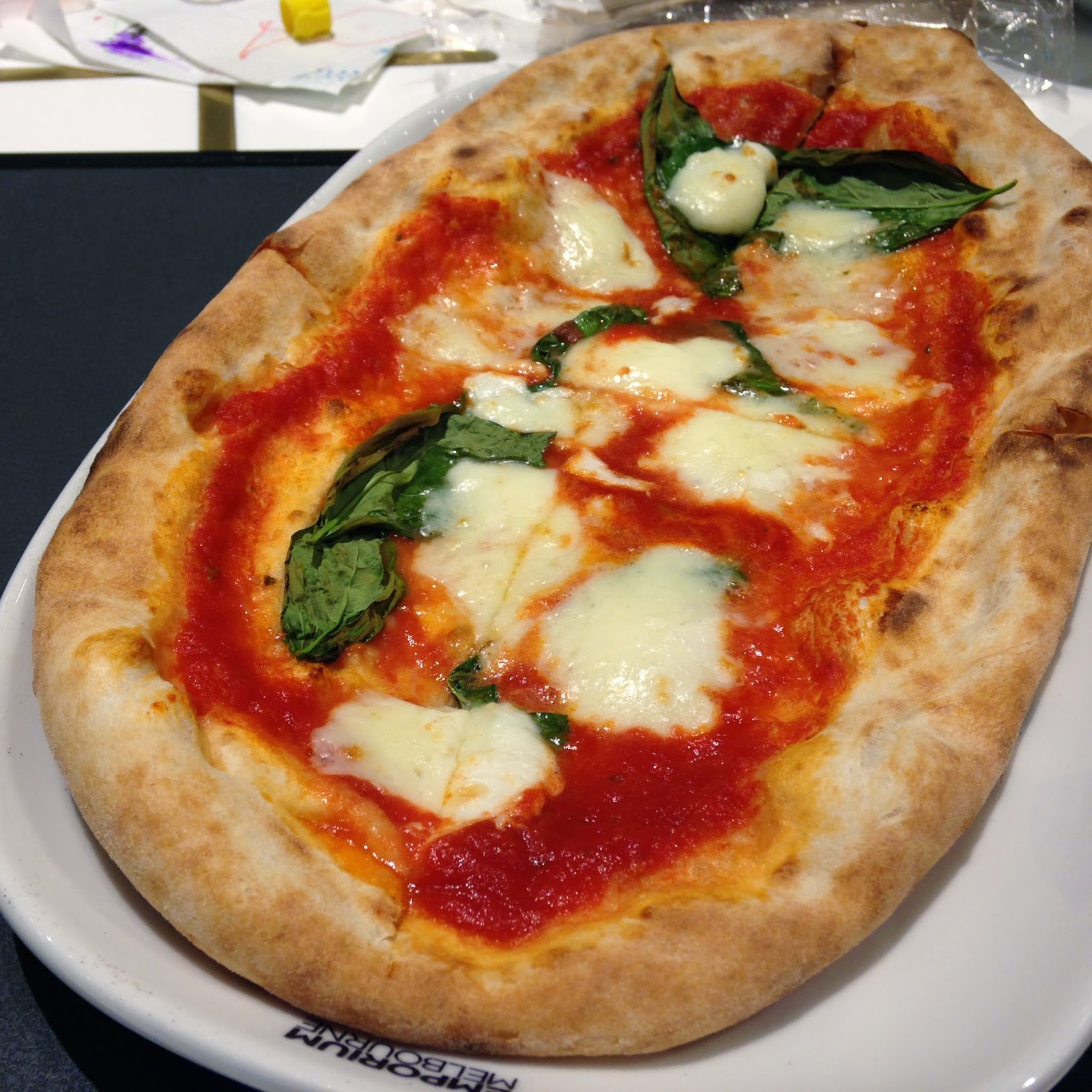 As if Greek and Italian weren't enough, I had a hankering for sushi, probably because I had spotted the sushi train going around at Sushi Hon. 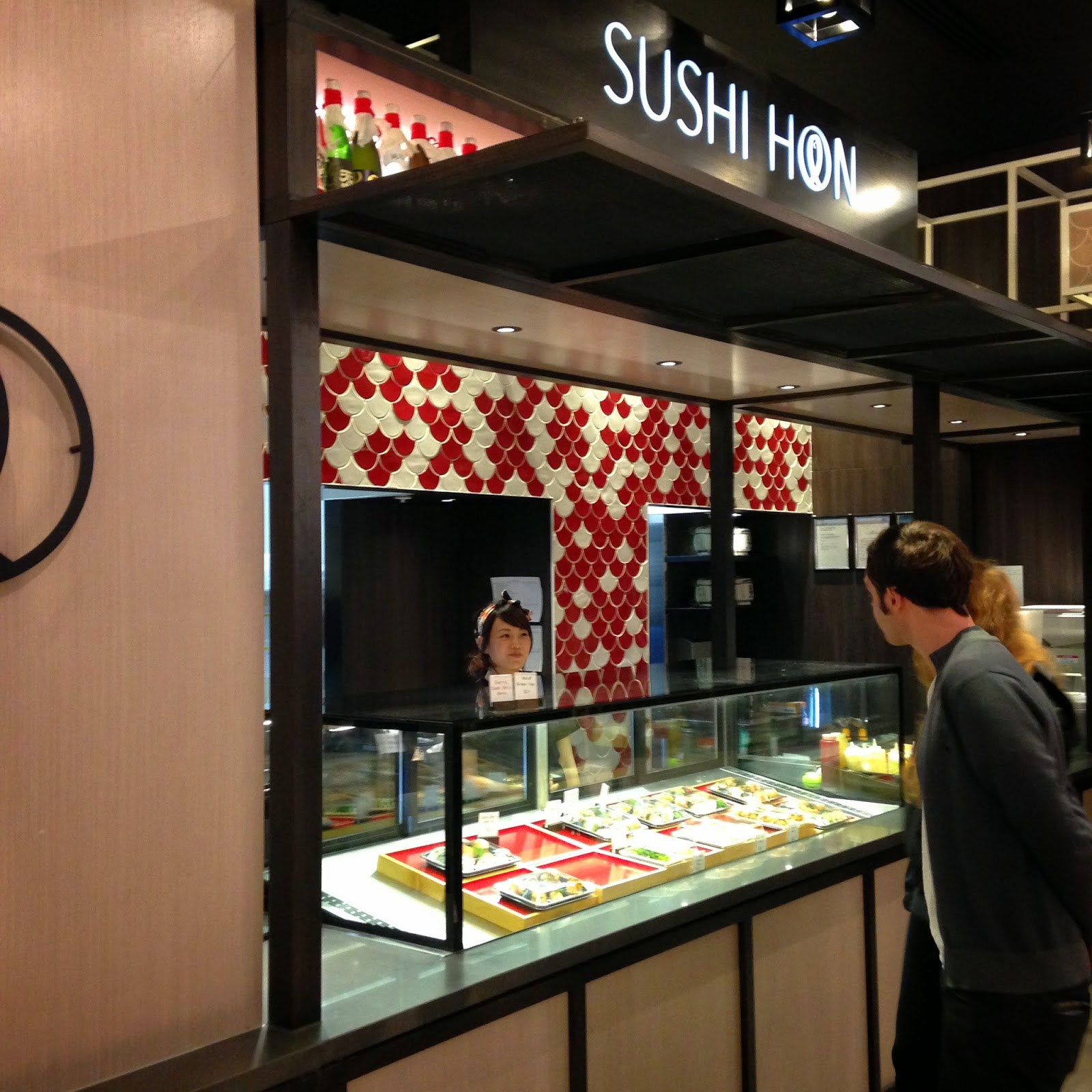 By the time I got there the train had finished, so I got a sushi platter ($12) which helped me fulfill my hankering for aburi salmon, although it probably would've tasted even nicer fresh! 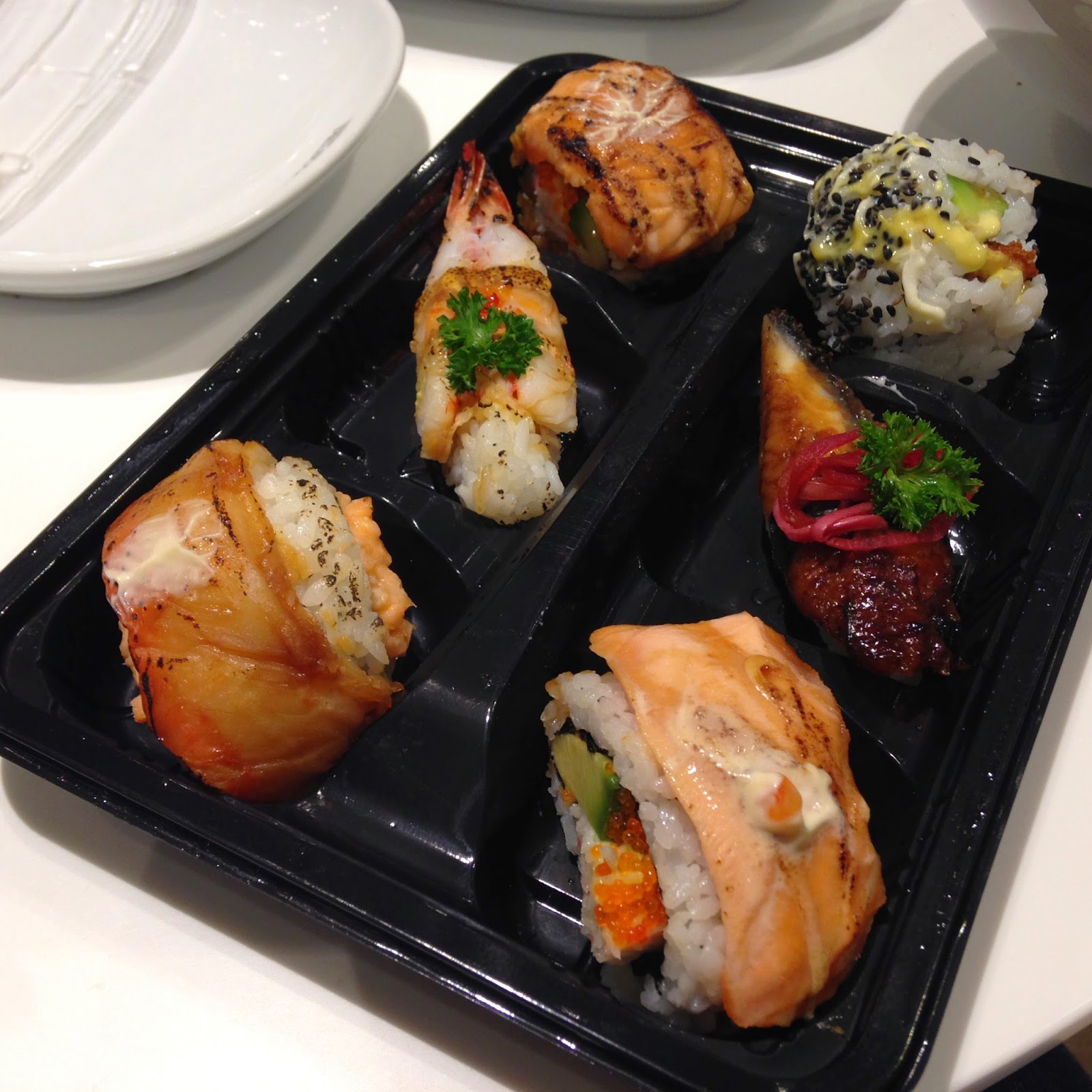 Macaron Monster had been asking for milk teas from Chatime everytime we've been out.  My last Chatime Milktea was way too sweet so this time we had them with 50% less sugar and 50% less ice and they turned out perfectly refreshing! 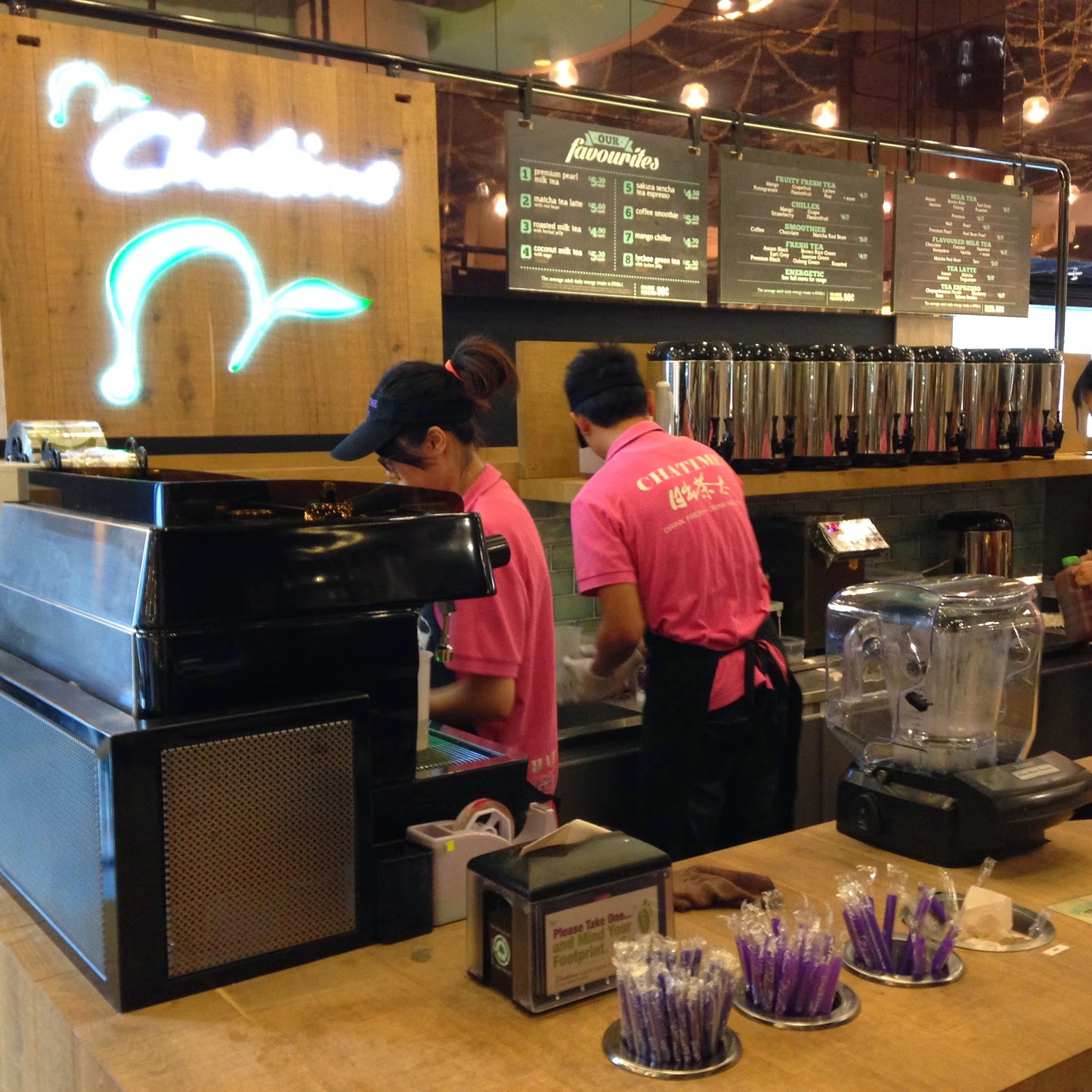 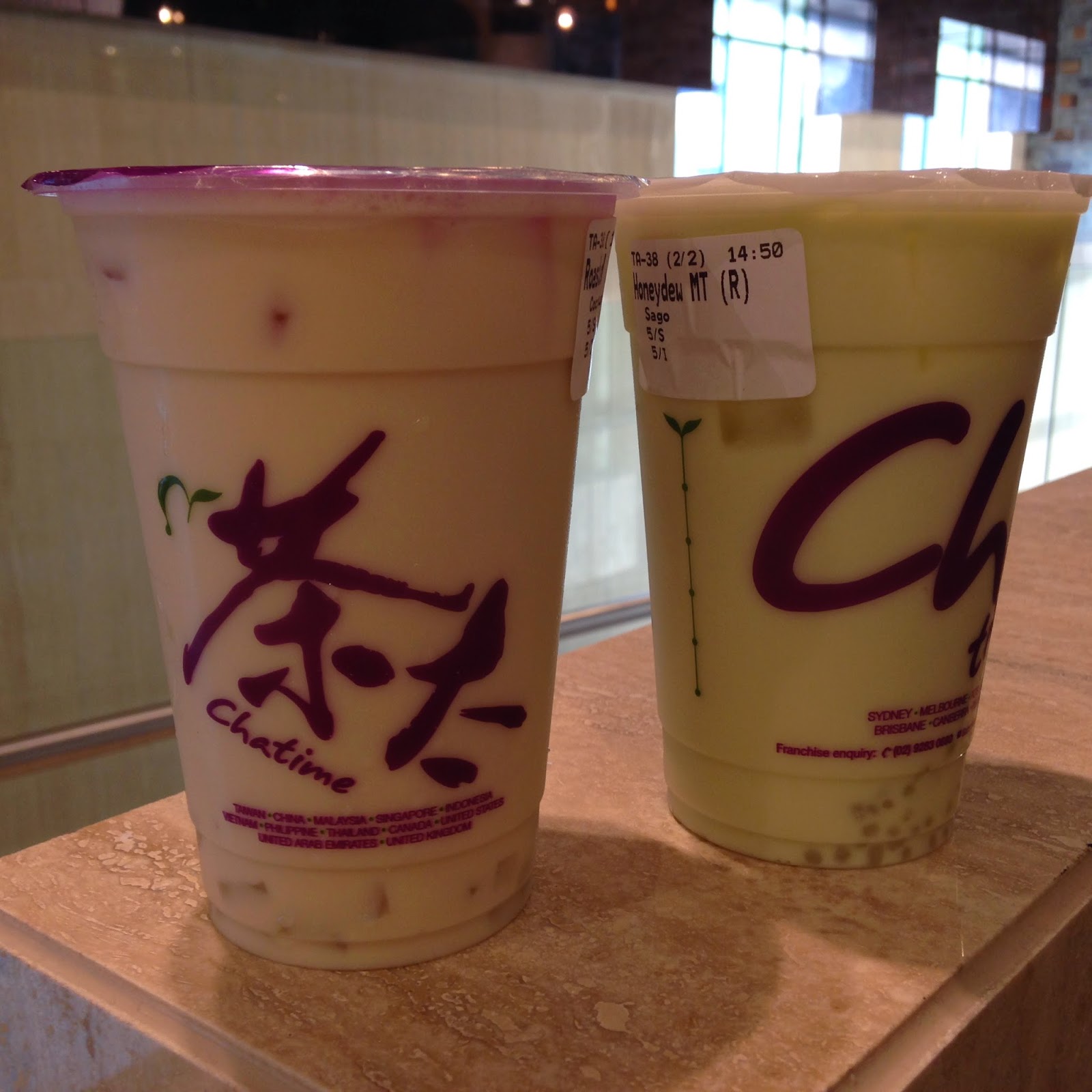 Earlier on in the day we had popped down to Tutti Frutti for some frozen yoghurt as they had an opening special with 50% off then normal price of $2.60/100g.  We tried the green apple, coconut and the salted caramel flavours which were all quite pleasant. 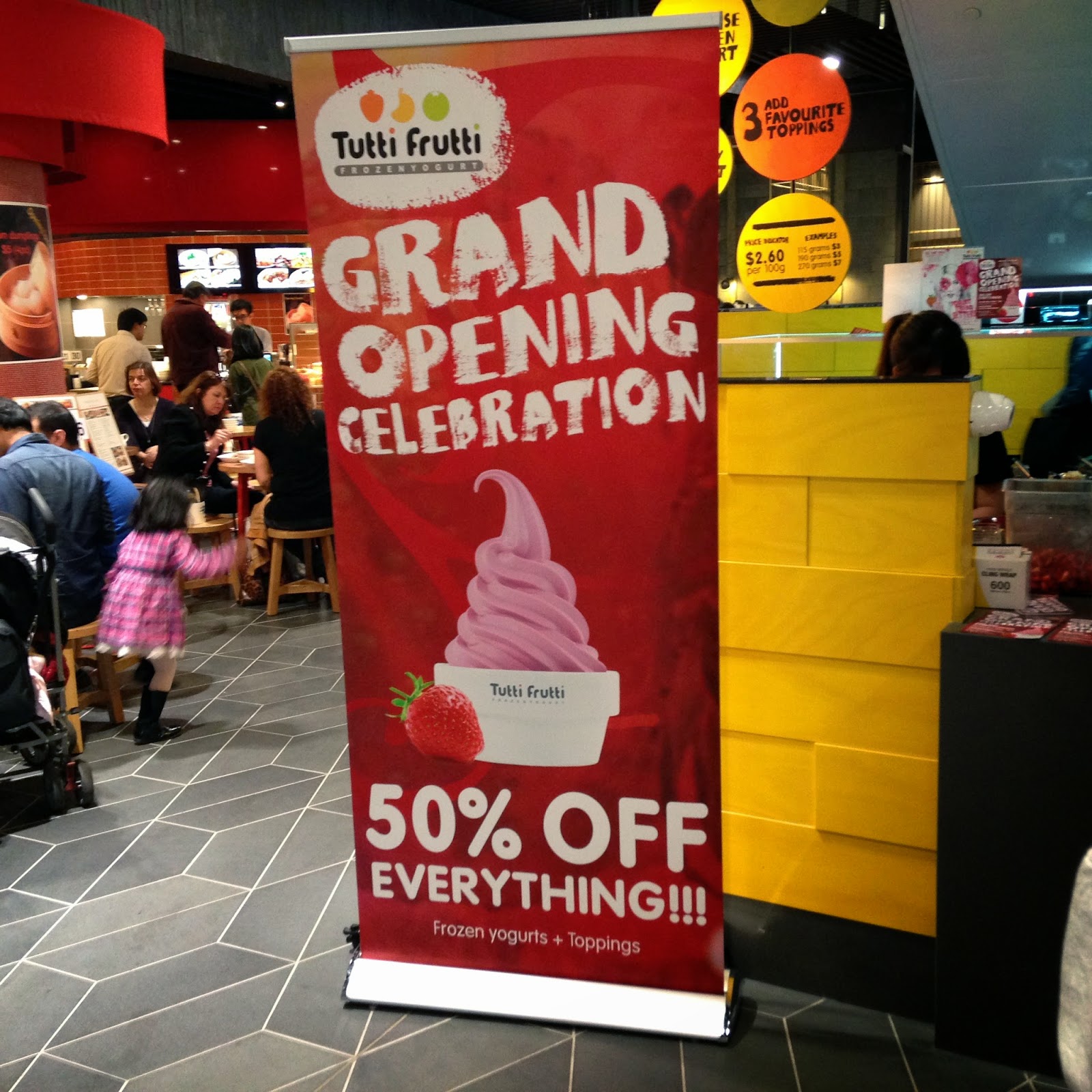 I of course added lots of pearls (they had pomegranate ones!) and some coconut jelly, and quite liked the little bits of mochi as a topping. 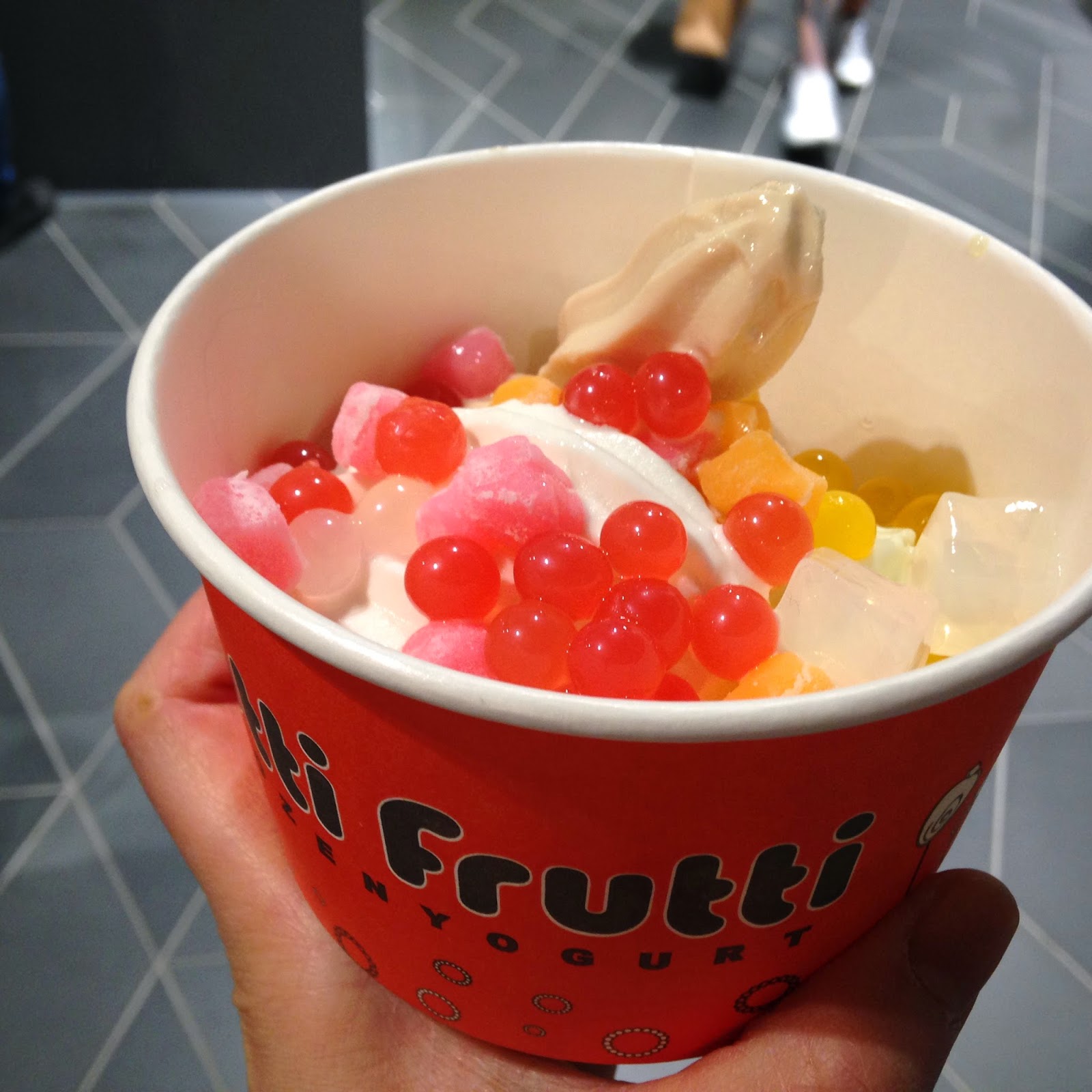 I'm looking forward to our next visit to the Emporium as more shops open over the next few months!