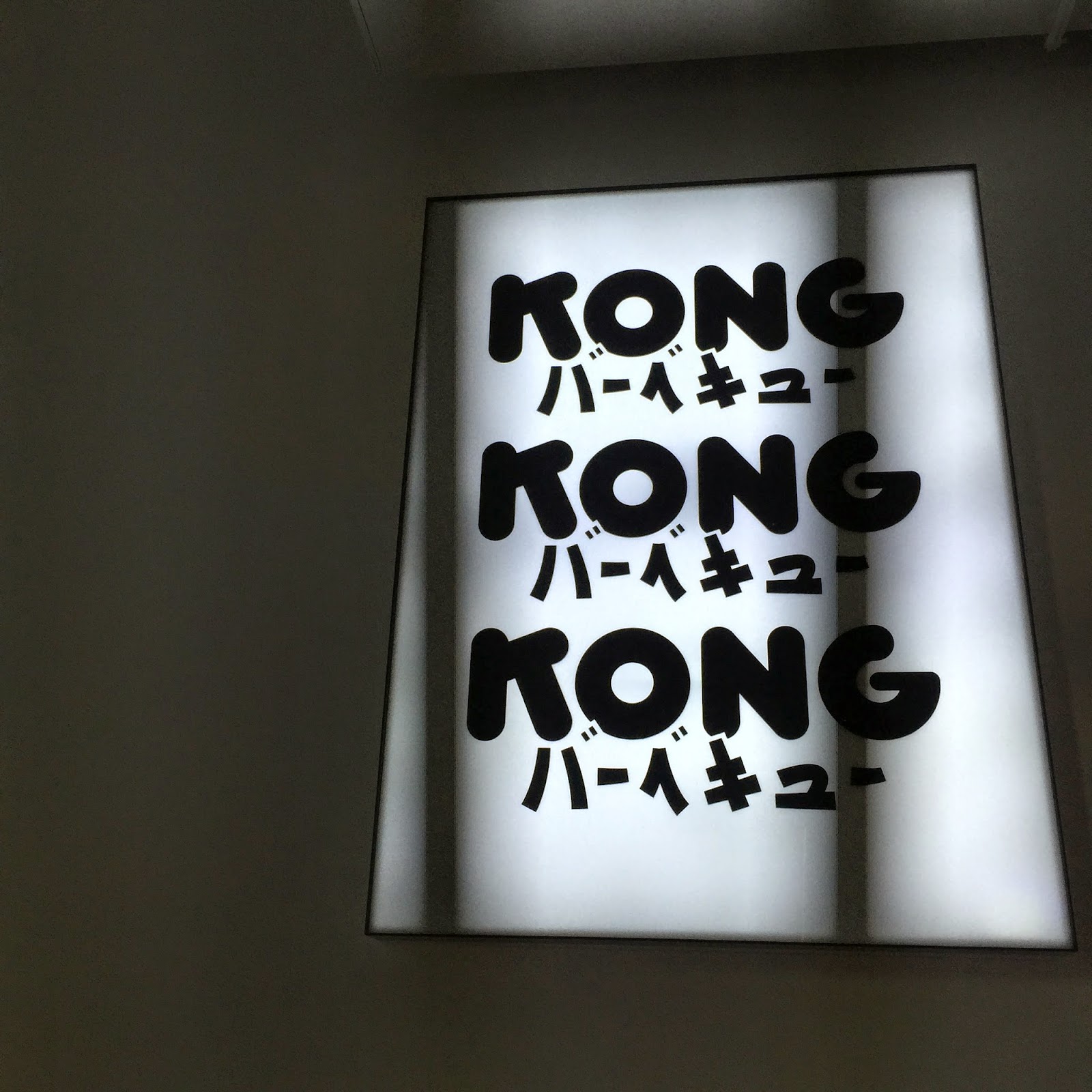 We went and tried out Kong with our "Carnivore" friends Matt and Jo.  Matt works near there and is a veteran but this was our first outing to the "Korean Chin Chin", which has been on our radar but we've not had the chance to visit as yet.  Similar to Chin Chin, Kong has a no reservation policy, and we had a one hour wait from leaving our names at the door to being seated, which was spent pleasantly down the road at the pub.  A coffee martini later we stuck to the exotic but non alcoholic drinks once we got back to Kong. 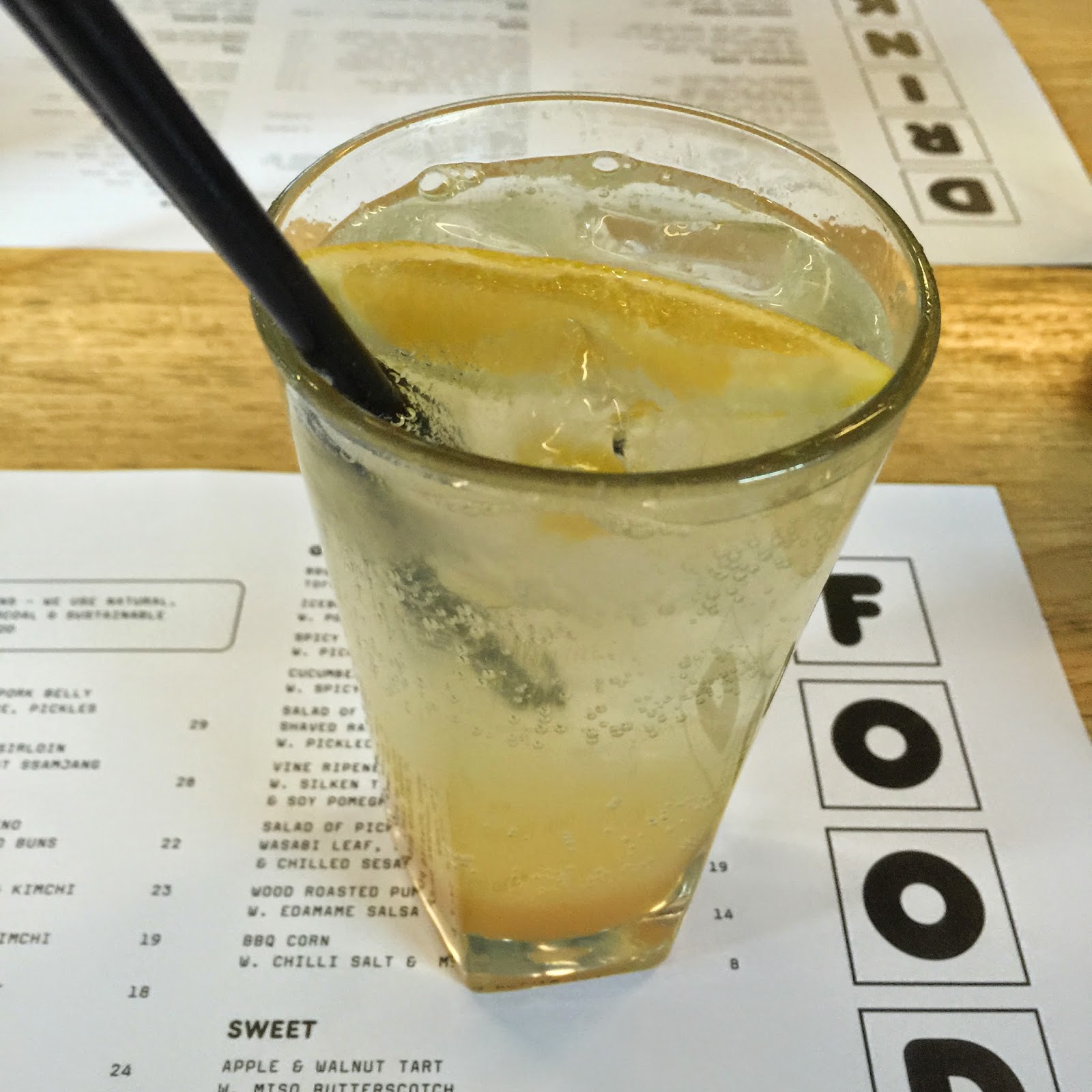 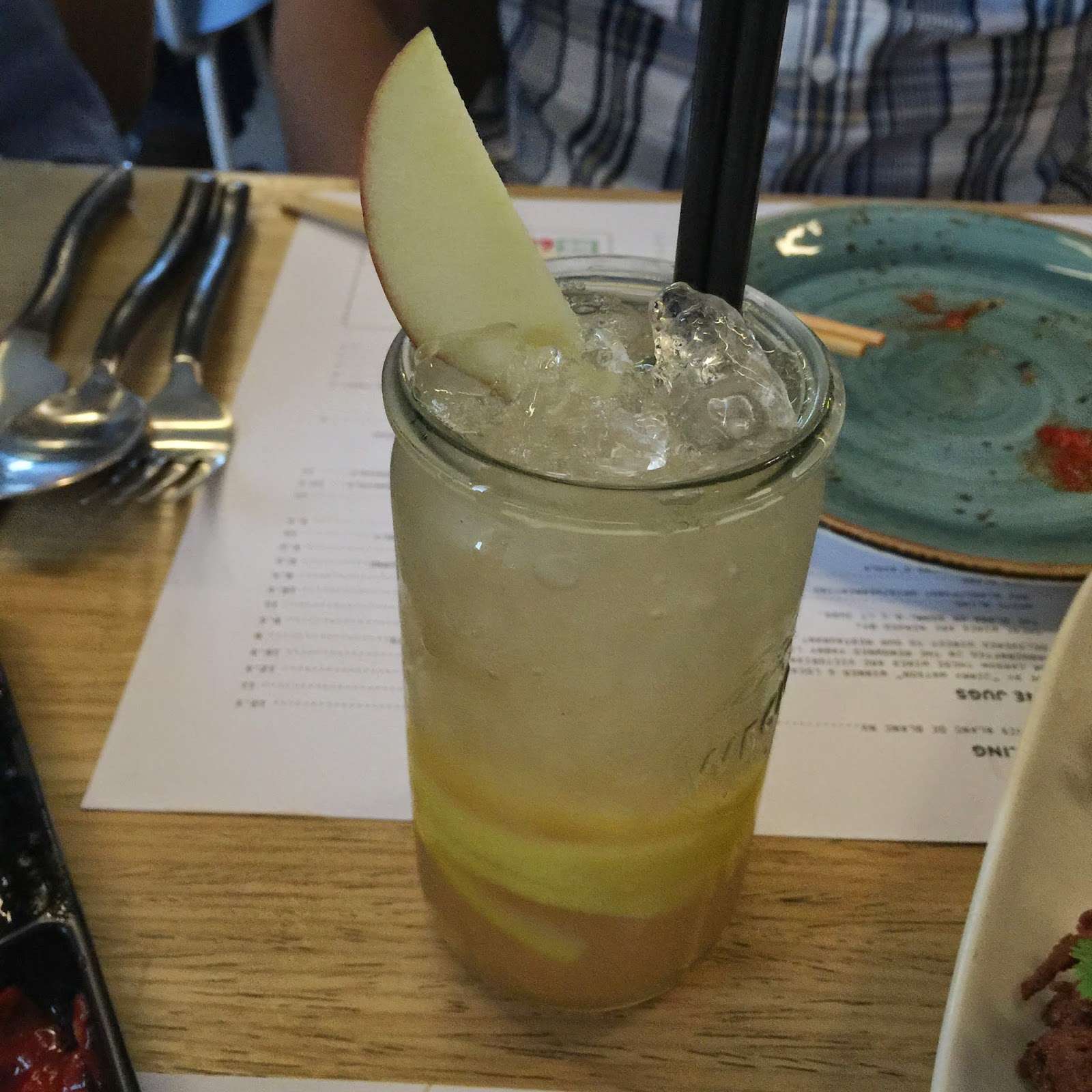 Once we've ordered, the food came at a quick but not rushed pace.  We started off with the famous Buns, firstly filled with soft shell crab ($6 each), with a salted duck egg relish and coriander.  The flavours were amazing, and I am most impressed with buns which were fluffy and soft, yet not soggy and not dense, a difficult task apparently as it's more often than not done badly.  These buns were perfect! 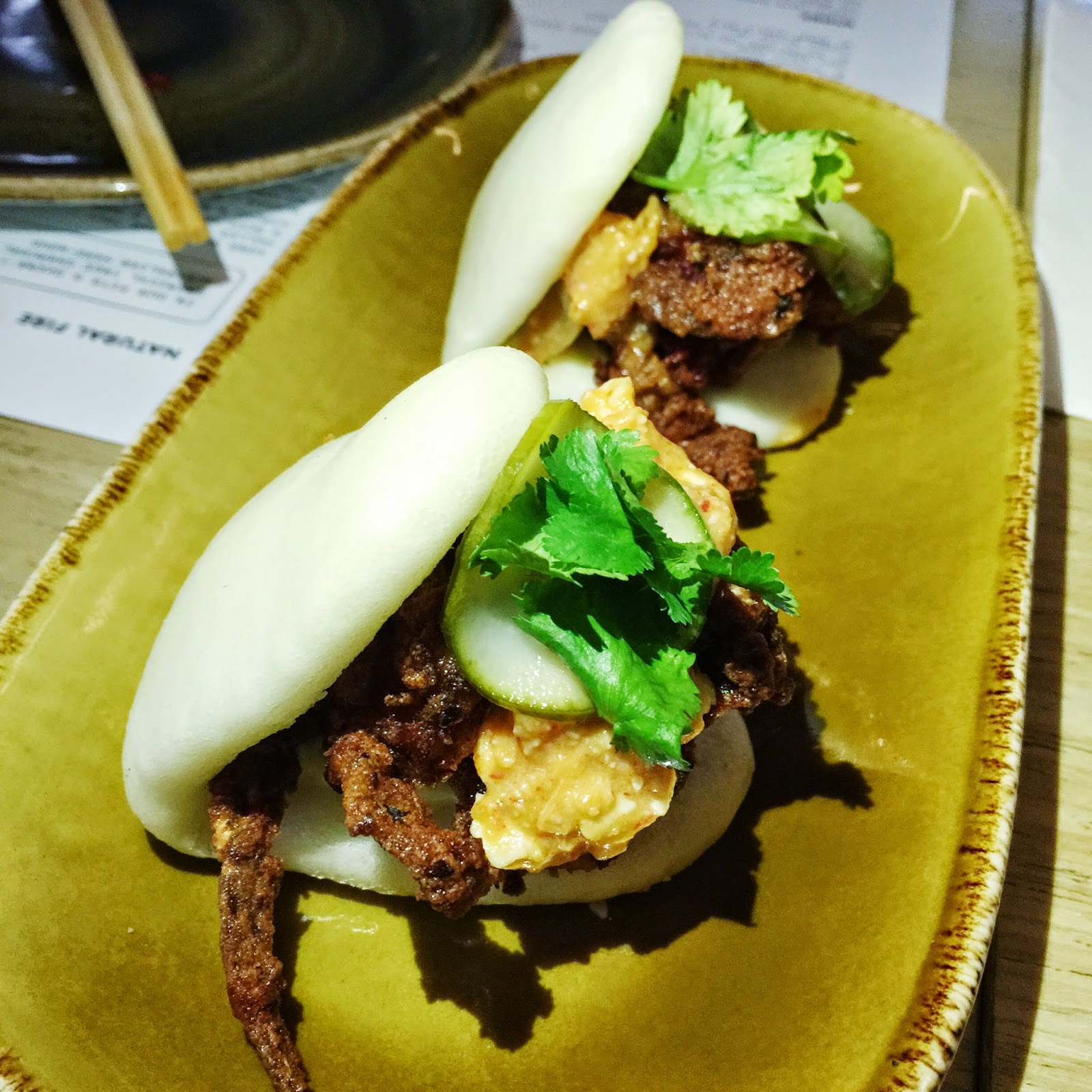 Likewise the Spicy Pork Belly with pickleed cucumber and Kong crazy horse chilli ($6 each) were to die for.  The crackling was super crunchy and had us asking for more! 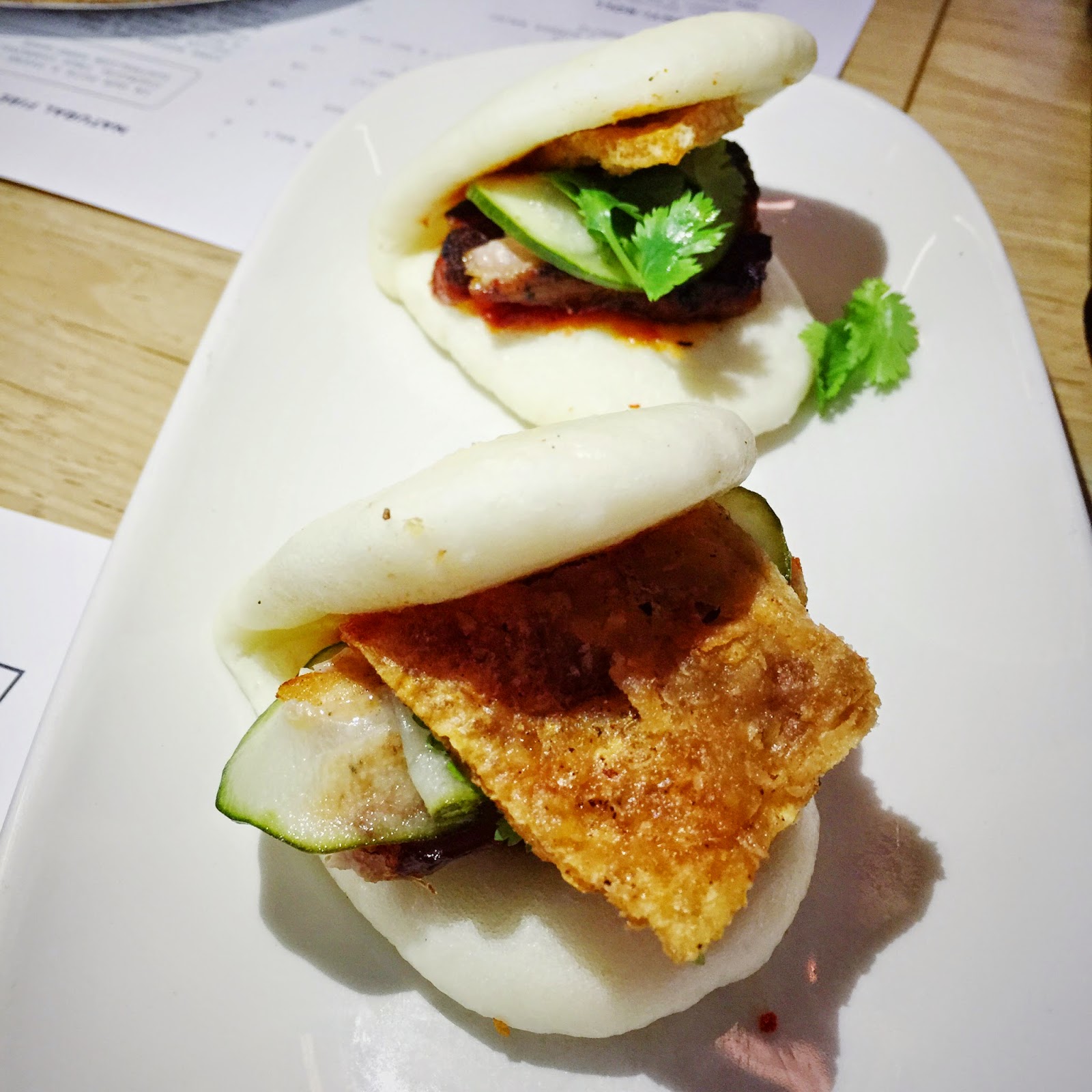 Next we had the Hot wings with Gochujang and Chipotle ($12 for 6 pieces), crispy wings with really a spicy sauce.  I still prefer my standard KFC, but this was a great spicy version. 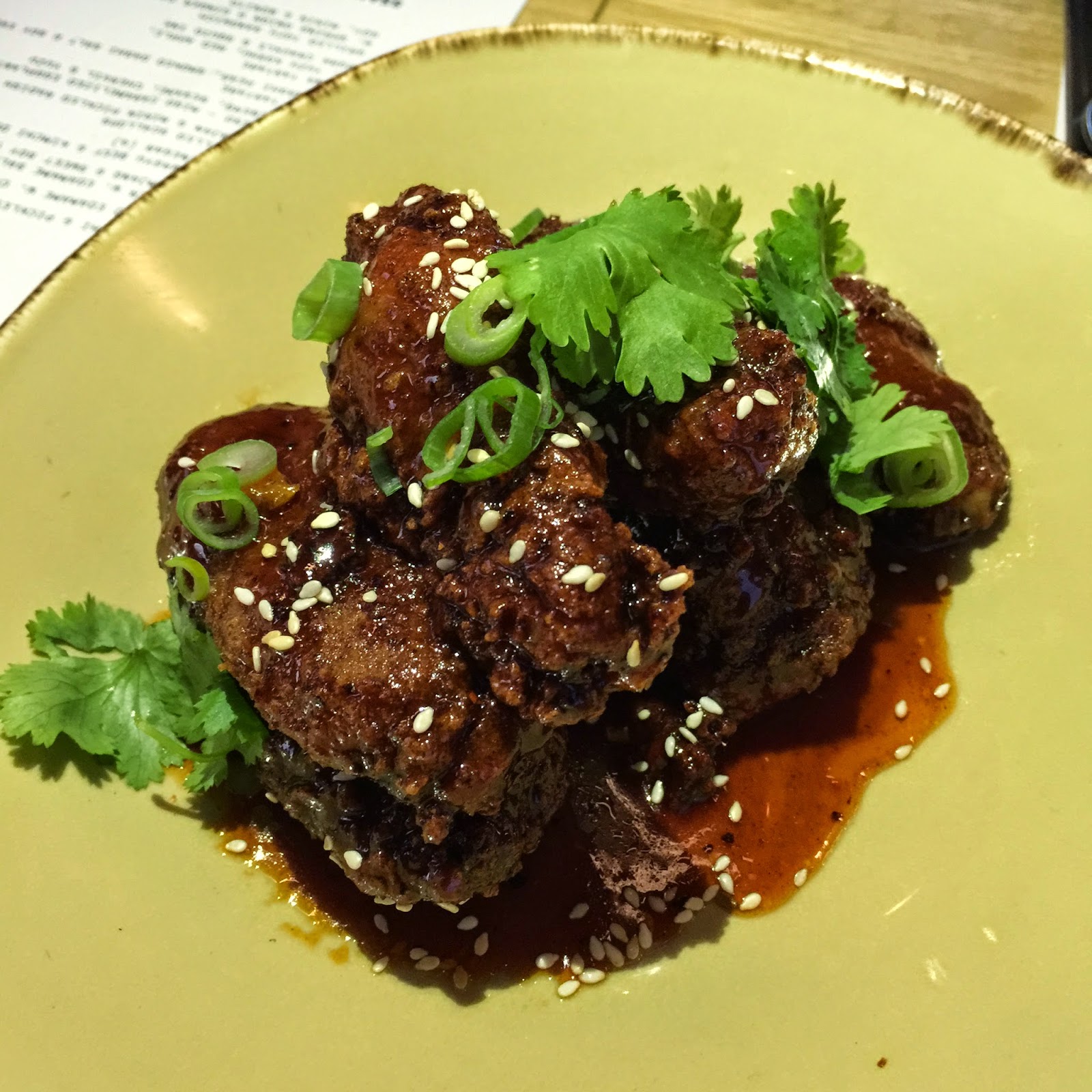 No Korean meal is complete without some Bulgolgi of course, so we ordered the Bossam Bulgolgi Black Angus ($28).  The BBQ meats here is so beautifully done. 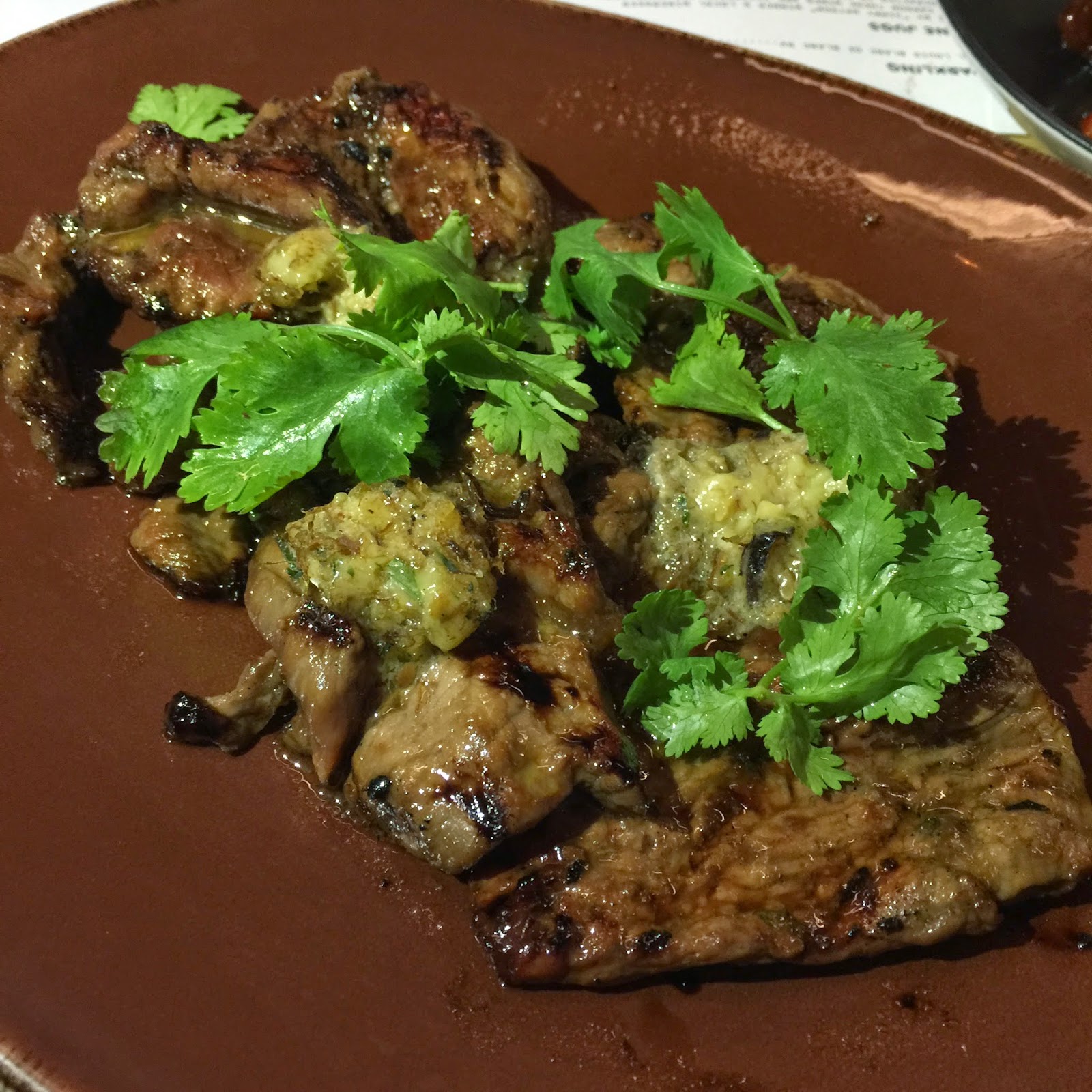 Did I mention this was a meat-fest?  So of course there were ribs.  BBQ Baby Back ribs ($36 full rack) with that crazy horse chilli again.  Very more-ish, and yes my mouth was on fiiiiire! 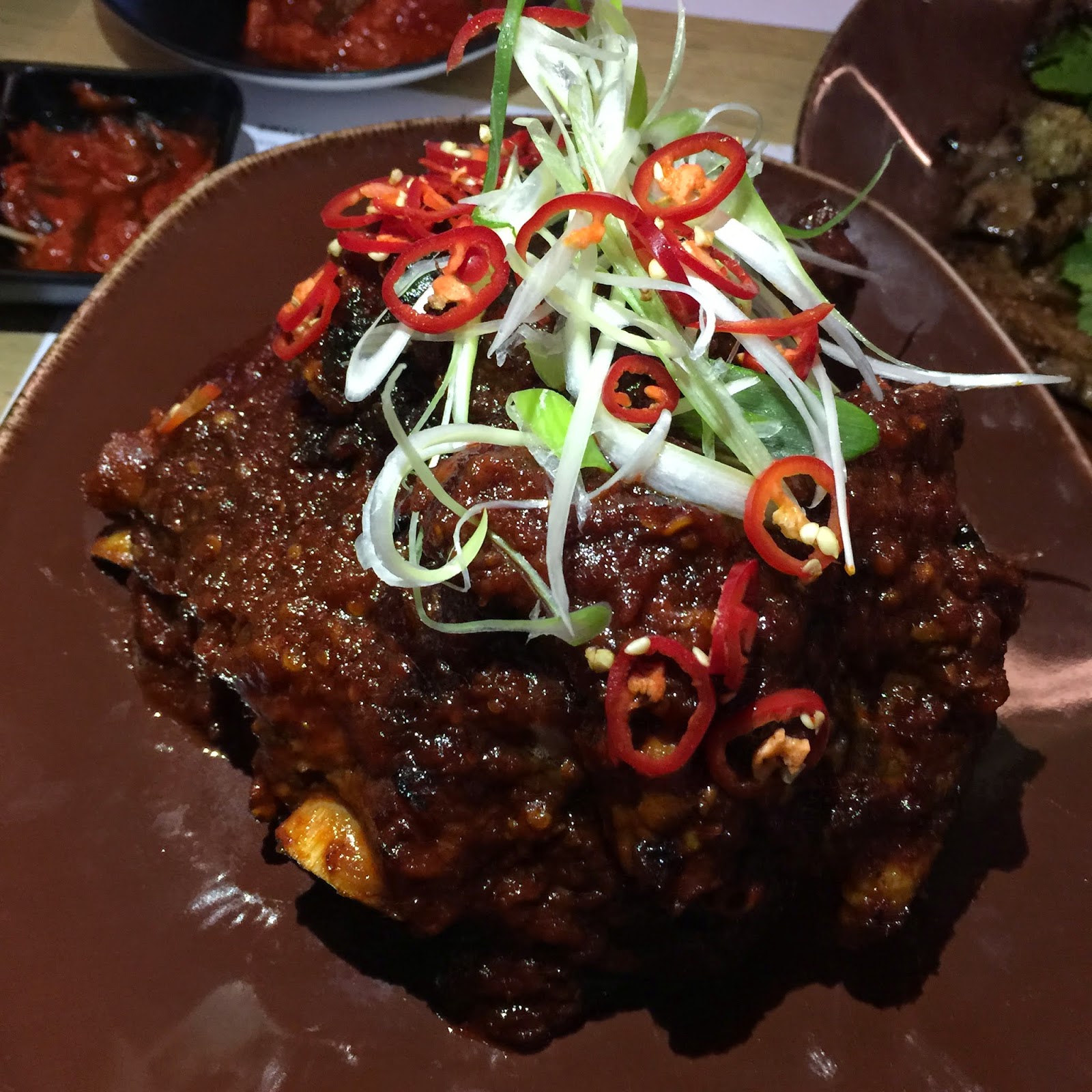 We did have a non meat dish, a trio of kimchi ($7) showcasing the different types of pickled cabbages and mushrooms Kong has for offer. I regretted not having dessert at Chin Chin so even though we were quite full we did not leave without this time!  I did choose the Black sesame ice-cream ($11) thinking it's a refreshing dessert which it is, however there were 4 big scoops (I'm not complaining seriously) so it's a good dessert to share! 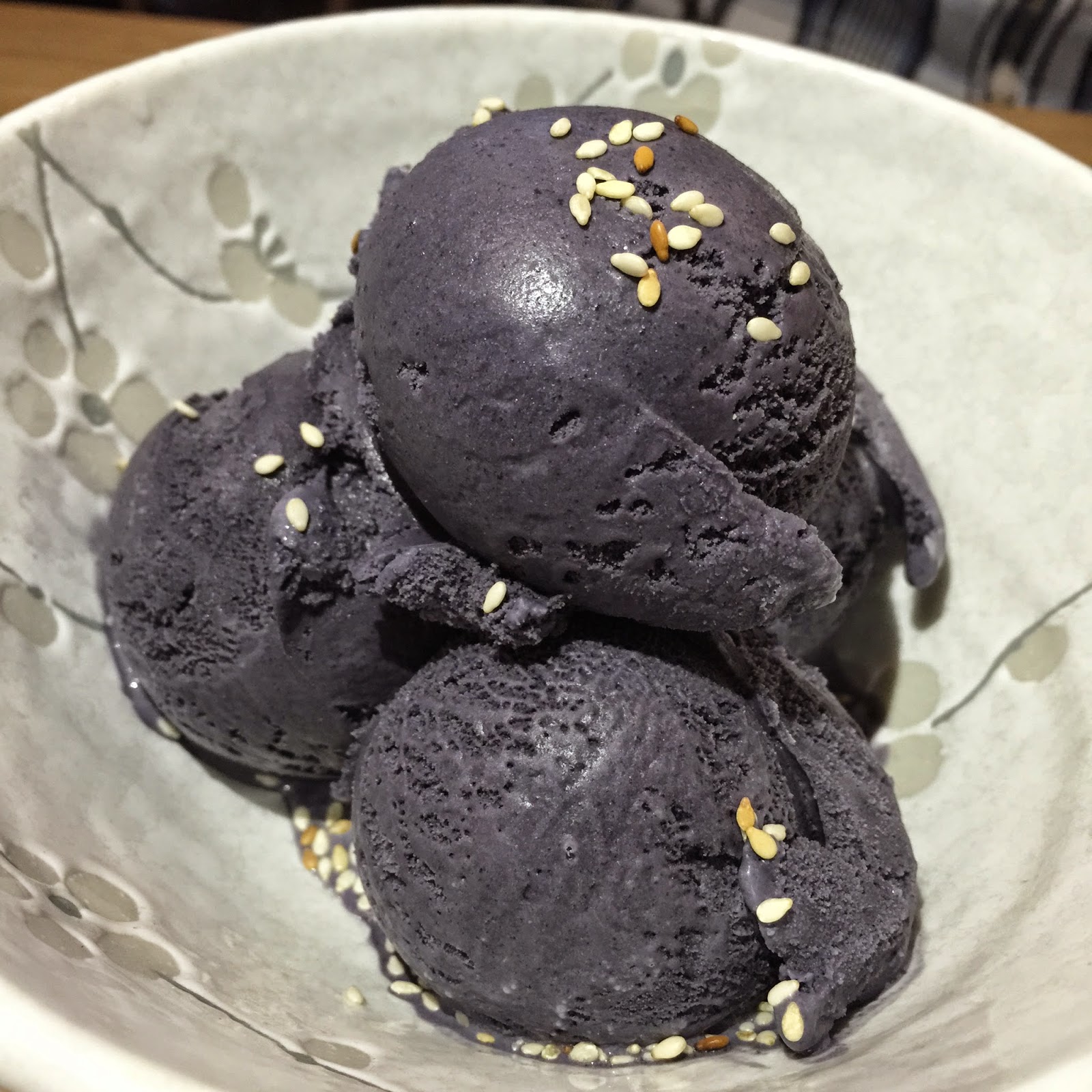 Jo and I also both wanted to try the Coconut Sago with passionfruit pineapple triffle ($12), which was a lovely combination and a great asian twist to the traditional triffle. 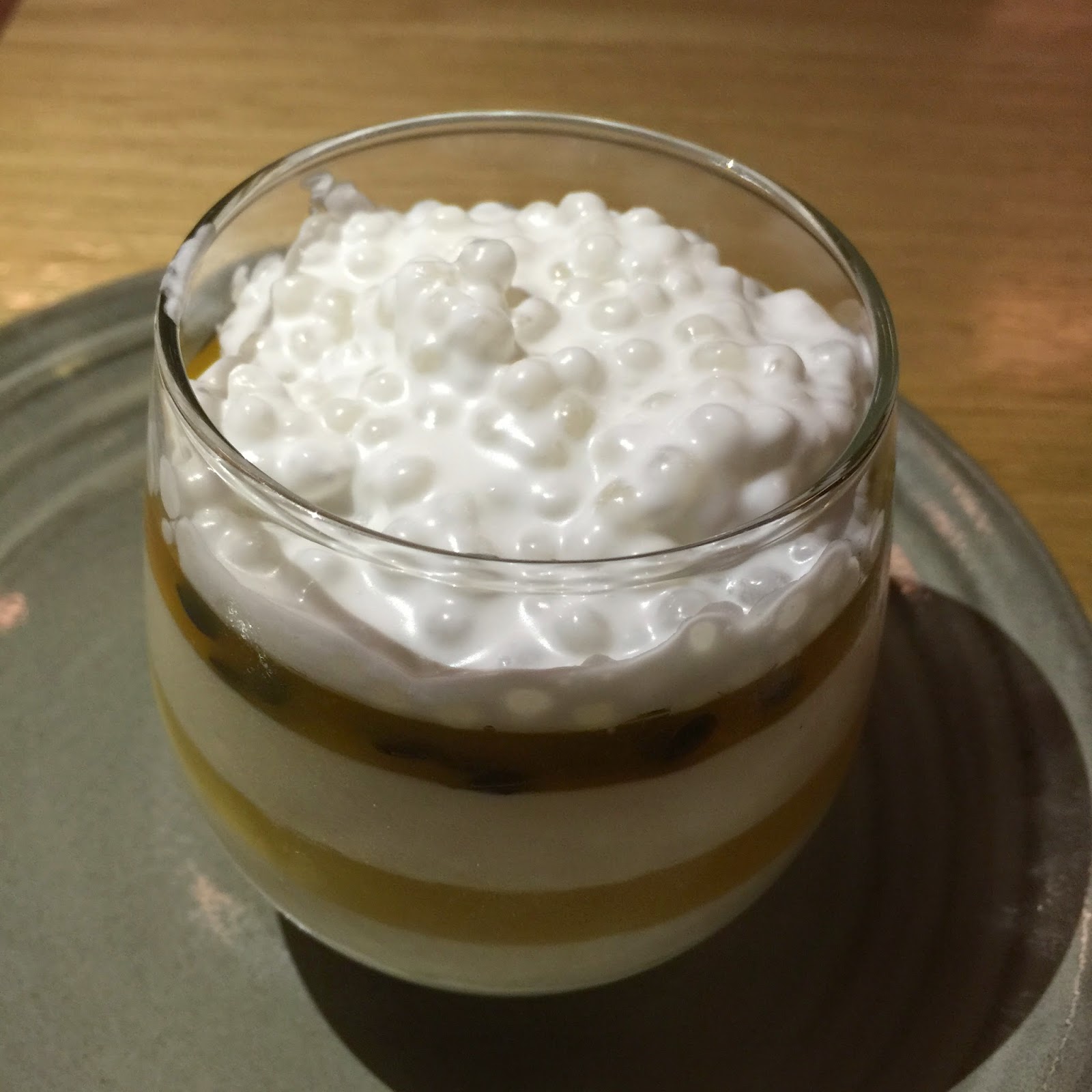 And last but not least Matt, who is American, had the Apple and Walnut tart ($12) with miso butterscotch and Japanese whiskey ice-cream, amongst jokes of Americans and their apple pies. 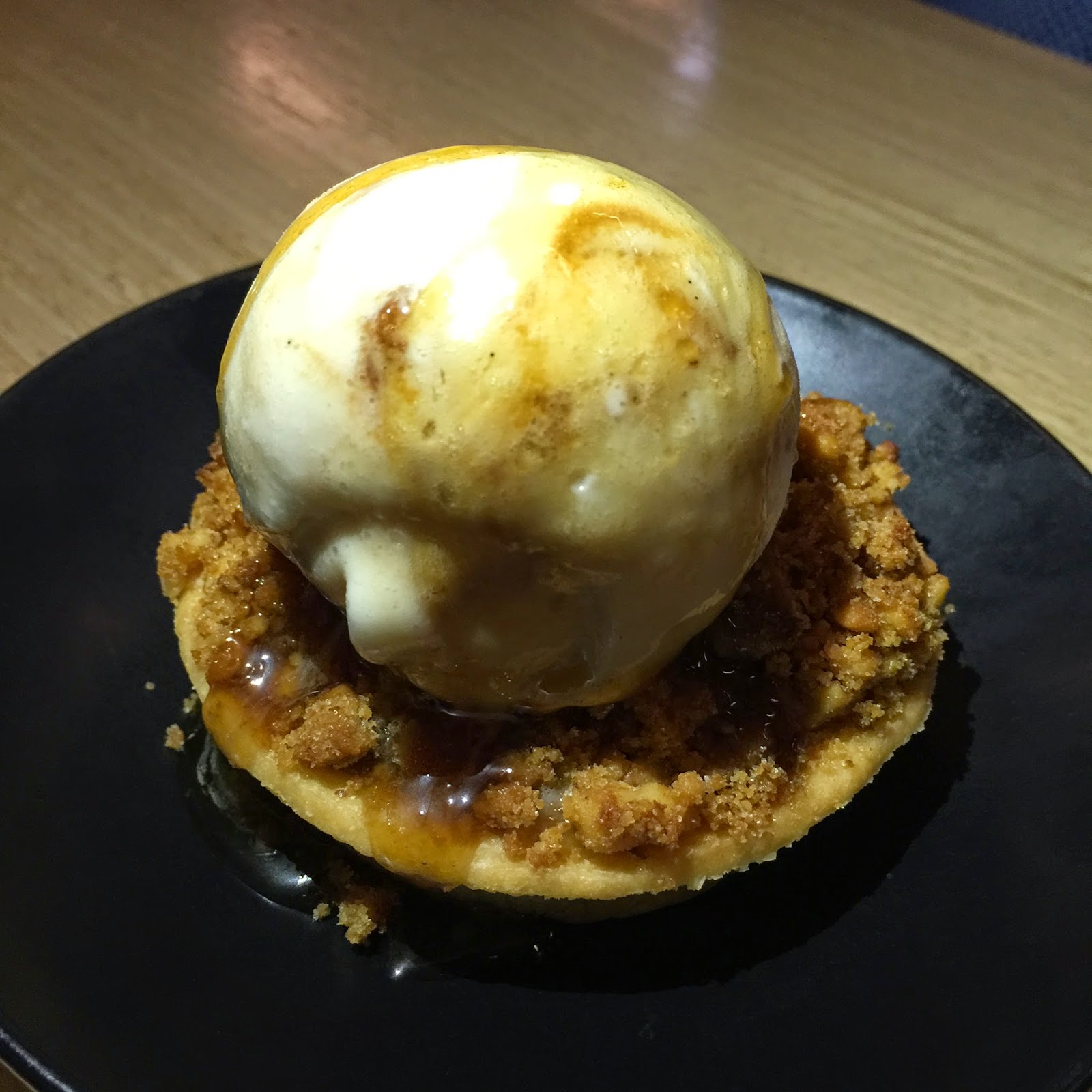 Another lovely night out to another great addition to Melbourne's food spots.  Friday nights are hip and noisy and probabaly not very kid friendly, but like Chin Chin, I would be game to bring the kids for early dinner especially since my bunch is really into Korean food right now.  Can't wait to come back and try other things on the menu, and of course for more of those buns!

Posted by EatPlayShop at 9:52 PM