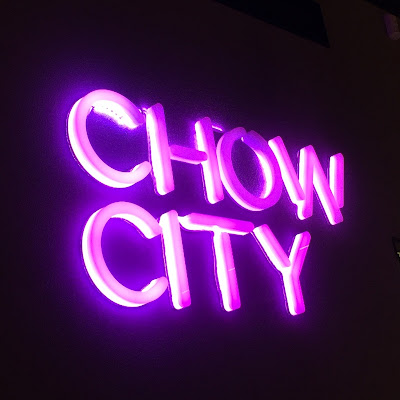 Woohoo it's Fri-Yay night out with the girls again.  This time we went to Chow City for drinks and dinner.  As usual we chose a place with a good variety of shared plates and pescatarian options for my friend Sarah. 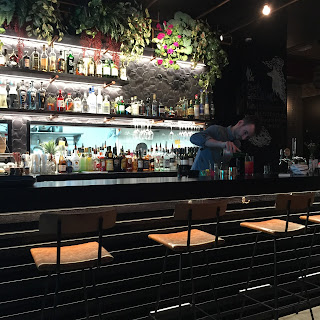 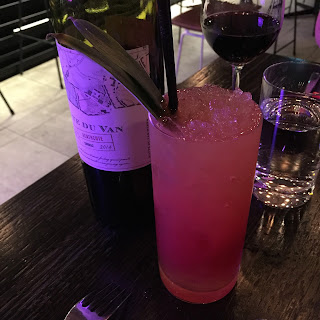 As I was the designated driver I sipped on my Tropic Thunder mocktail ($9) whilst the girls got started on some wine. The menu was modern Australian Asian fusion with a lot of bar items but a decent number of dinner options.  We were too lazy to pick and choose so we opted for the $65 chow down chef's menu option. 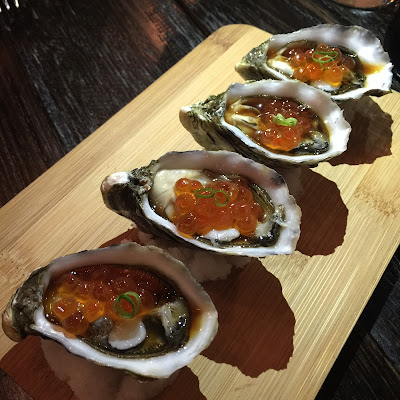 First up some oysters with ponzu, salmon roe and spring onion. A good start with the drinks. 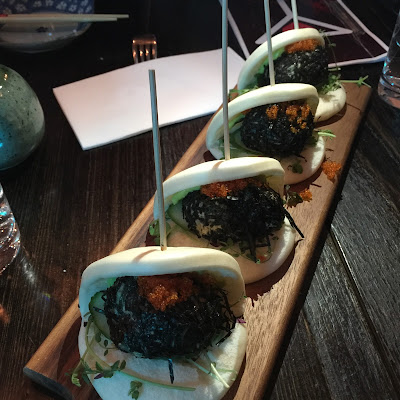 Next up some tuna baos, with confit tuna, tobiko, seaweed salad and nori.  I wouldn't have ordered this usually but the confit tuna was actually really delicious.  I usually get to order for the family, or even with friends since everyone knows I love my food.  It just goes to show sometimes it's good to let someone else have control and choose your dishes for you!


Then came the chef's special of the night, which was watermelon with kimchi, cream cheese, figs, pomegranate and cashew crumble.  I absolutely would not have ordered this if it wasn't for the chef's menu but dang it was delicious and refreshing.  I don't think I will order off the menu again.  Just bring me what ever is good! 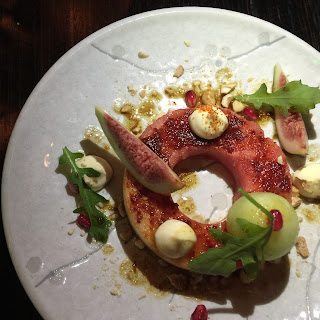 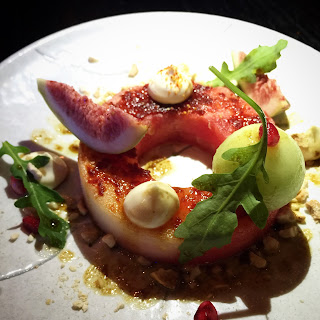 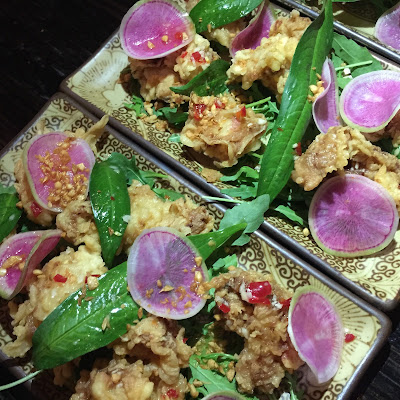 Then we got a really decent serve each of the Calamari, marinated in buttermilk, chilli, garlic, with vietnamese mint and crispy garlic.  These were  amazing and we finished it all even thought we were starting to fill up.

The papaya salad came next and was topped with crispy soft shell crab, served with mint, basil, green bean, chilli, lime and peanuts.  I only had a little of this as I had pretty much under estimated the amount of food that would arrive given that this is a bar setting.  So yum.  2 large serves between the 4 of us. 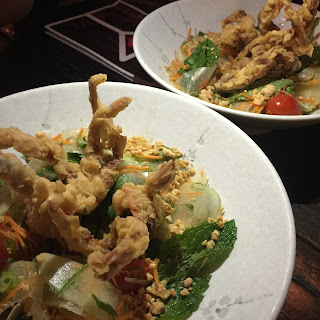 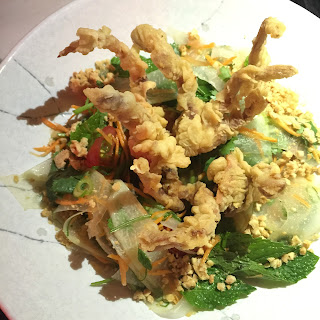 Yes there is more!  The New Zealand King Salmon was slow cooked with peas, green bean, asparagus, and served in a warm citrus broth. (We also got given 2 serves of this between the 4 of us).  I found a new spot in my stomach for this delicious salmon, I just wished I had more room!  Even the veggies were super delicious with the broth. 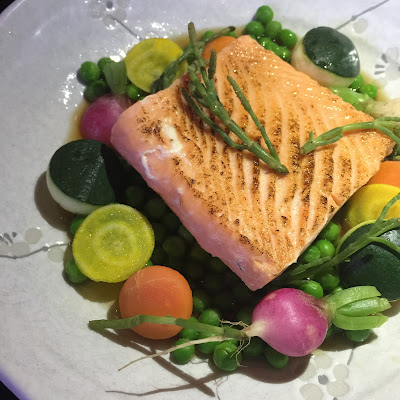 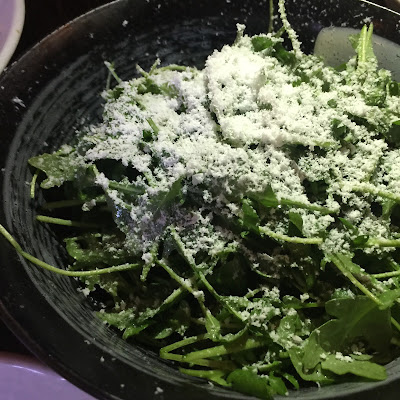 All this was served with a side of roquette with coconut snow, a large bowl of rice to share....... 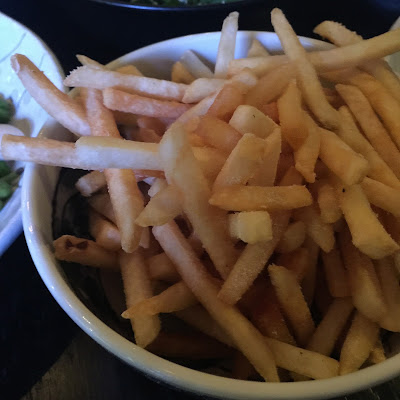 And the best darn serve of shoe string fries I've had. The menu said it was seasoned with garlic salt and served with mayo, but there was a touch of sweetness which really made these fries amazing.

We all agreed that we're now too stuffed to walk back into the city for dessert, only to be told that there is dessert coming!  Each of us had a serve of the cream cheese cake, a soft fluffy mousse topped with caramel, raspberry and popcorn. 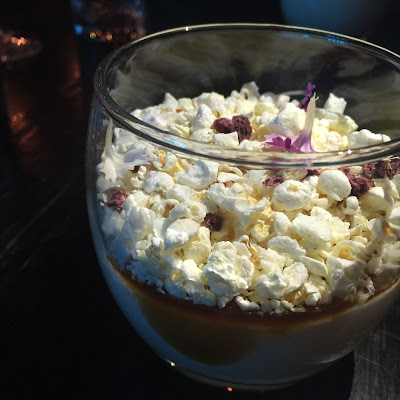 All in all it was such a fun night out, the staff were attentive and even tolerated the impromptu karaoke some of us got up to (I'm not pointing any fingers ladies, you know who you are!)  $65 was a pretty good deal and I would highly recommend Chow City for a casual and fun night out!

Posted by EatPlayShop at 9:45 PM