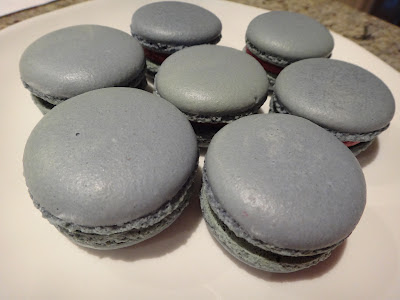 So this was going to be a post about BLACKCURRANT macarons because I was going through a craze for blackcurrant flavoured things.  A local cafe stocked Macarons by Josephine and even though I try not to buy them since making my own macarons, I could not resist and used to indulge in the blackcurrant ones whenever I was there for a coffee. 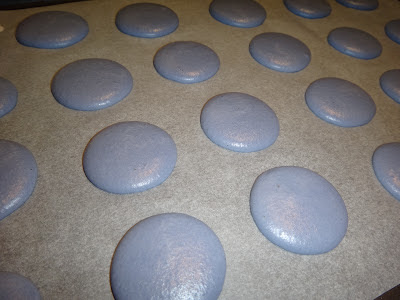 We decided to try and make a version of the blackcurrant macarons by boiling down some ribena and making a ganache out of it.  Hubby usually does the boiling down of fruit syrups for me but on this occasion the syrup was heated for a bit too long and we ended up with a ribena caramel!  I still made a ganache out of it but didn't like the flavour much.  In the end I only filled a handful of macarons with it and ended up making a blueberry white chocolate ganache instead for the rest.  On a more positive note I thought this batch of macarons produced the most uniformly sized shells and petite feet out of all the ones I've ever baked. 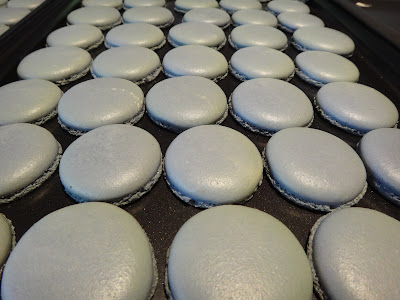 I also left some macronage uncoloured and made some Anpanman macarons by filling them with store bought Kaya for my nephew's birthday, which turned out pretty well I must say considering the minimal effort that took! 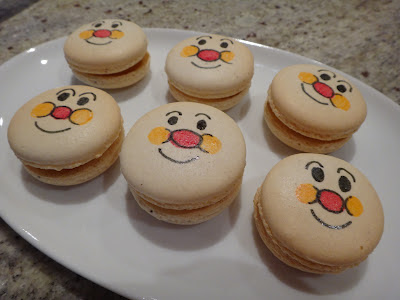 Posted by EatPlayShop at 4:01 PM