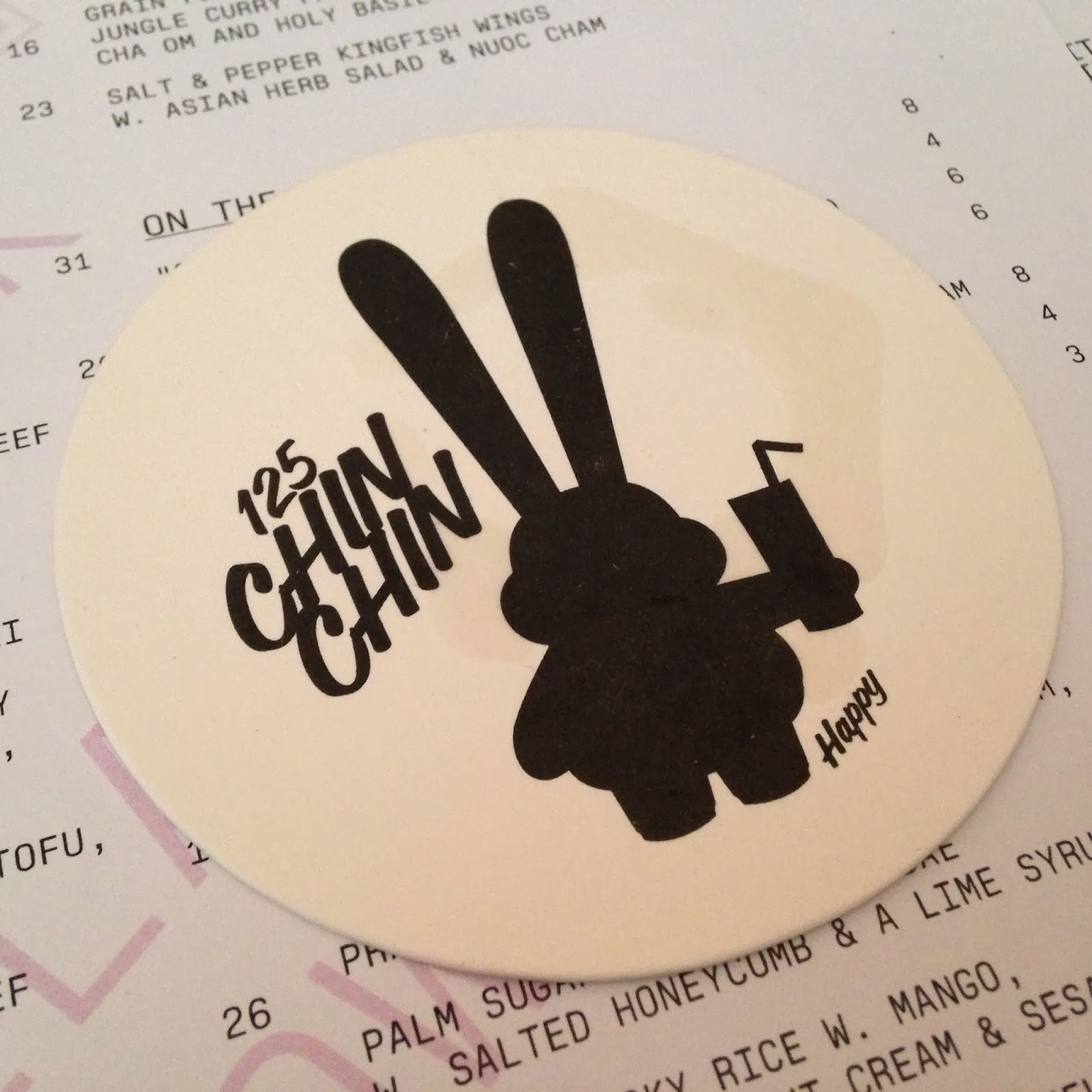 Hubby and I finally made it to the infamous Double Chin for dinner a few weeks ago.  It was a week after Valentine's Day, which we always celebrate late as we tend to like to avoid the the pressure of eating out on those "celebrated" days.  I've wanted to eat at Chin Chin for ages but have always been a bit apprehensive of risking a massive queue on our ever so rare date nights.  This year we organised babysitting early and headed to the city ahead of the White Night event.  I'm happy to report that we got there at 5:10pm, didn't have a wait and were seated at the bar for drinks and din dins by 5:15pm! 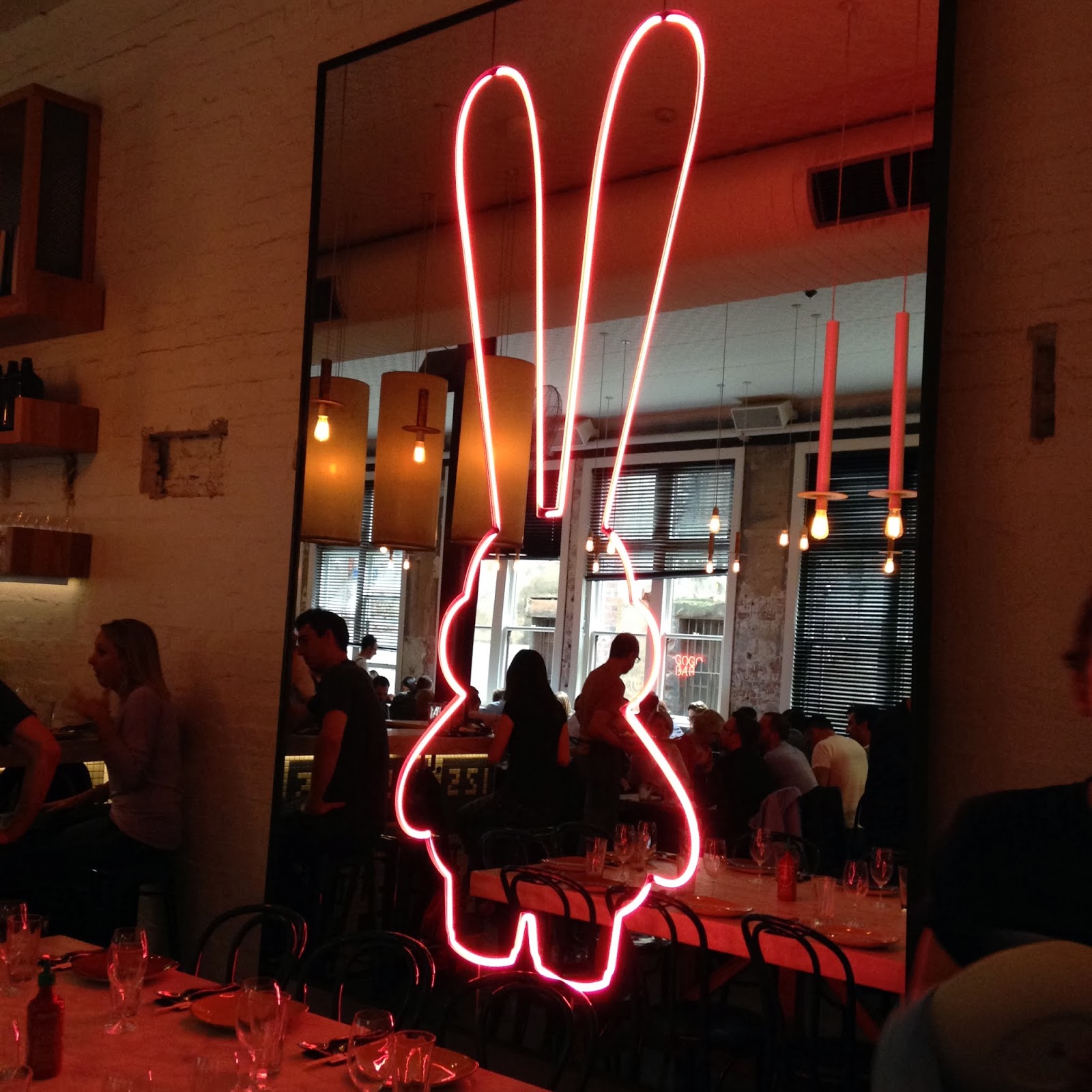 Their menu is quite extensive and there were lots of dishes of different sizes to share.  I contemplated the choices whist sipping on my mocktail of pineapple and coconut. 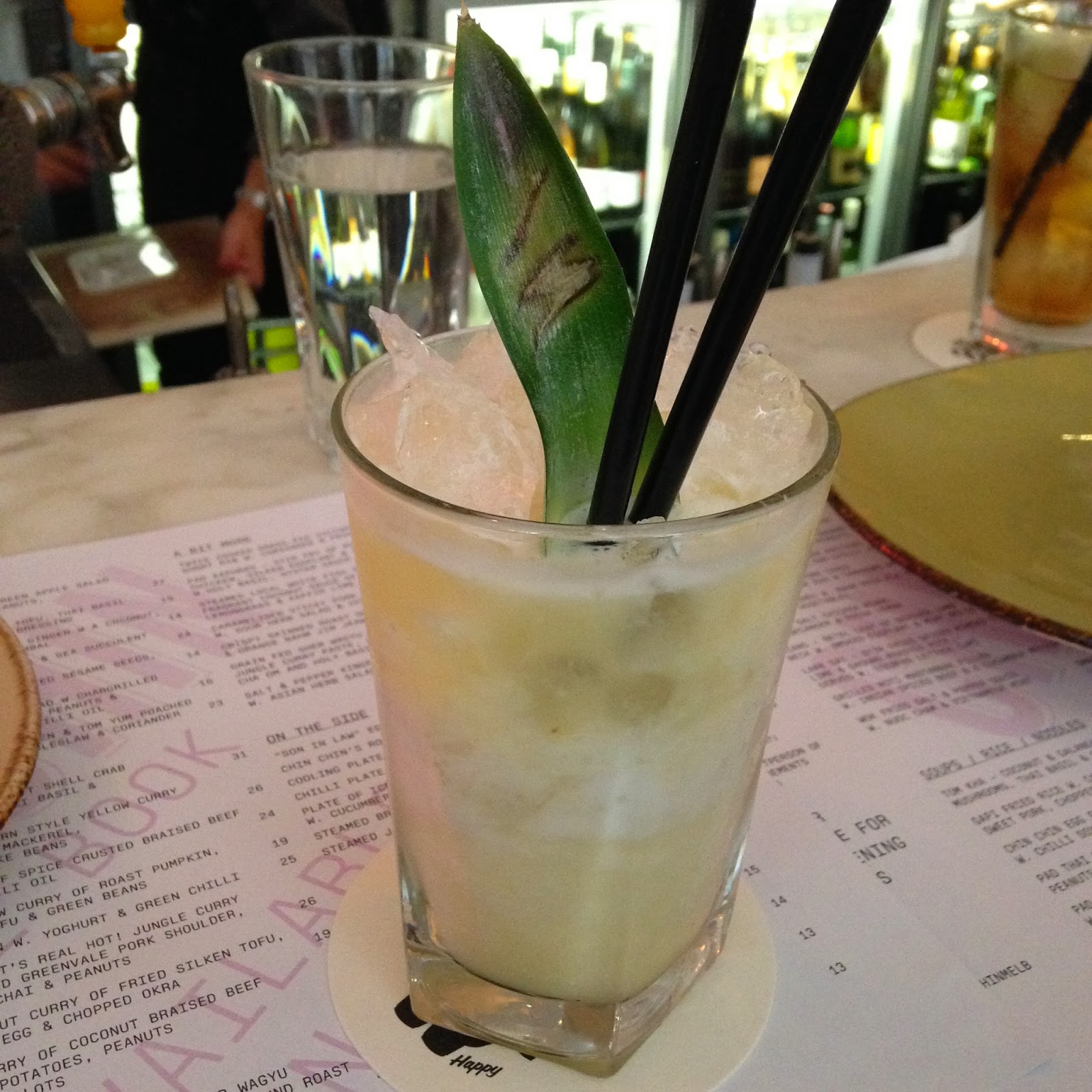 We ordered lots of little dishes to share, starting with the School Prawns ($14) with nahm prik pla gapi, herbs and crudites.  This was a much bigger serving than we expected and by the end of our meal we still had some left! 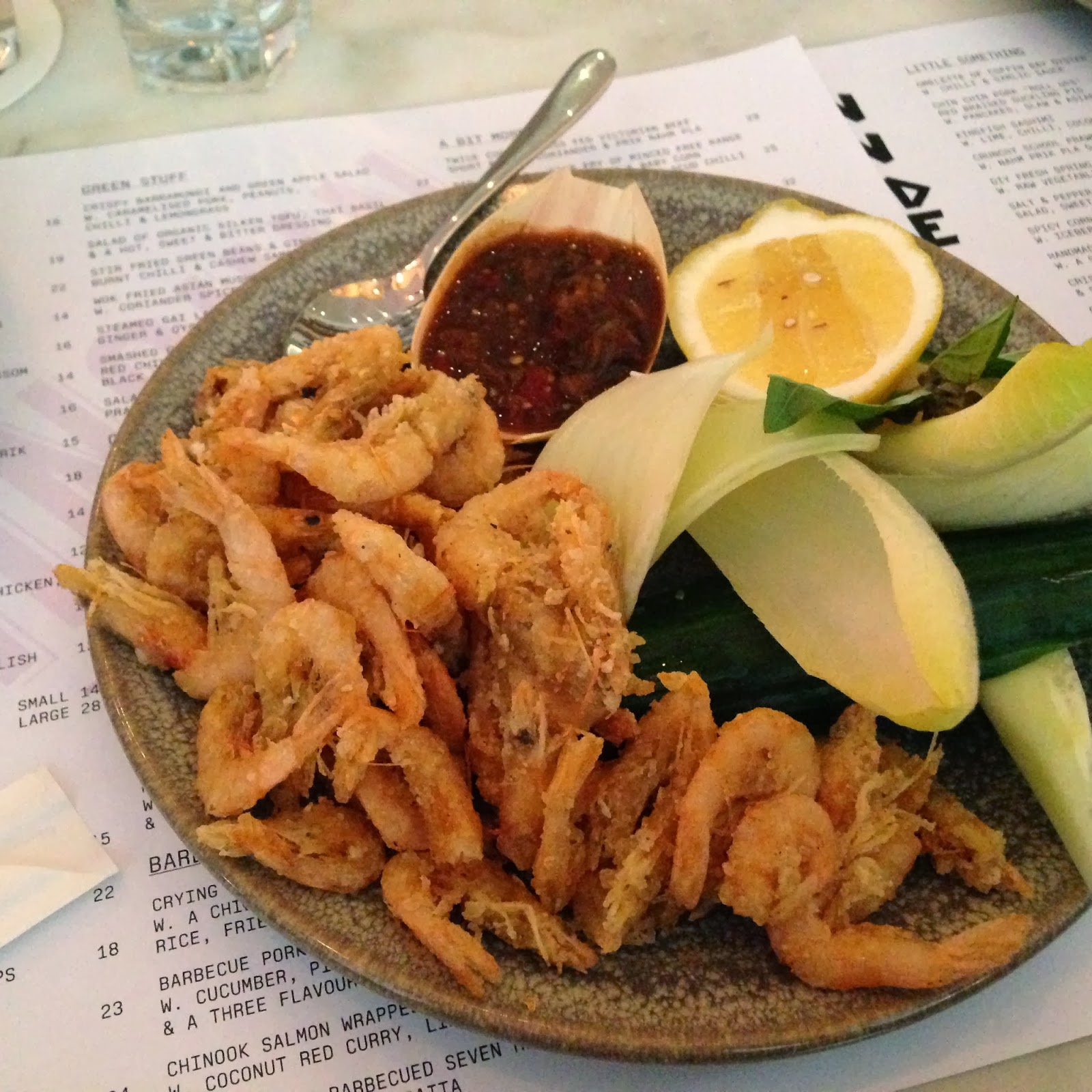 The Chin Chin Pork "Roll Ups" ($19) were next, with red braised suckling pig which you self-wrap in pancakes, slaw and asian herbs.  An interesting and tasty twist to the "wrap and eat" dish which again was quite a big serve for 2 considering the price. 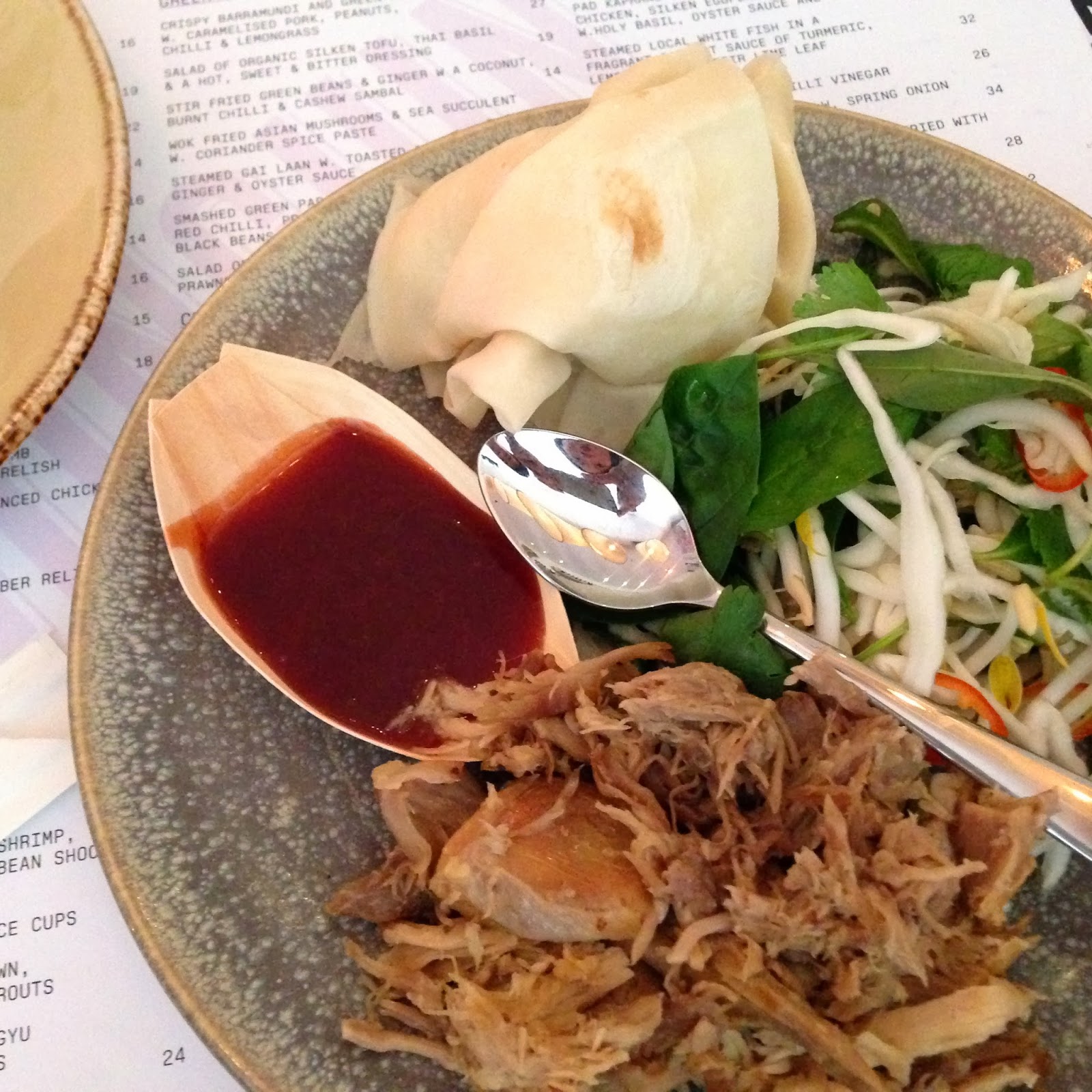 Next up, the most beautiful Tom Kha ($15) I've had.  The coconut, galangal, mushrooms and tahail basil soup had a really fragrant chilli oil, I could not get enough of this soup! 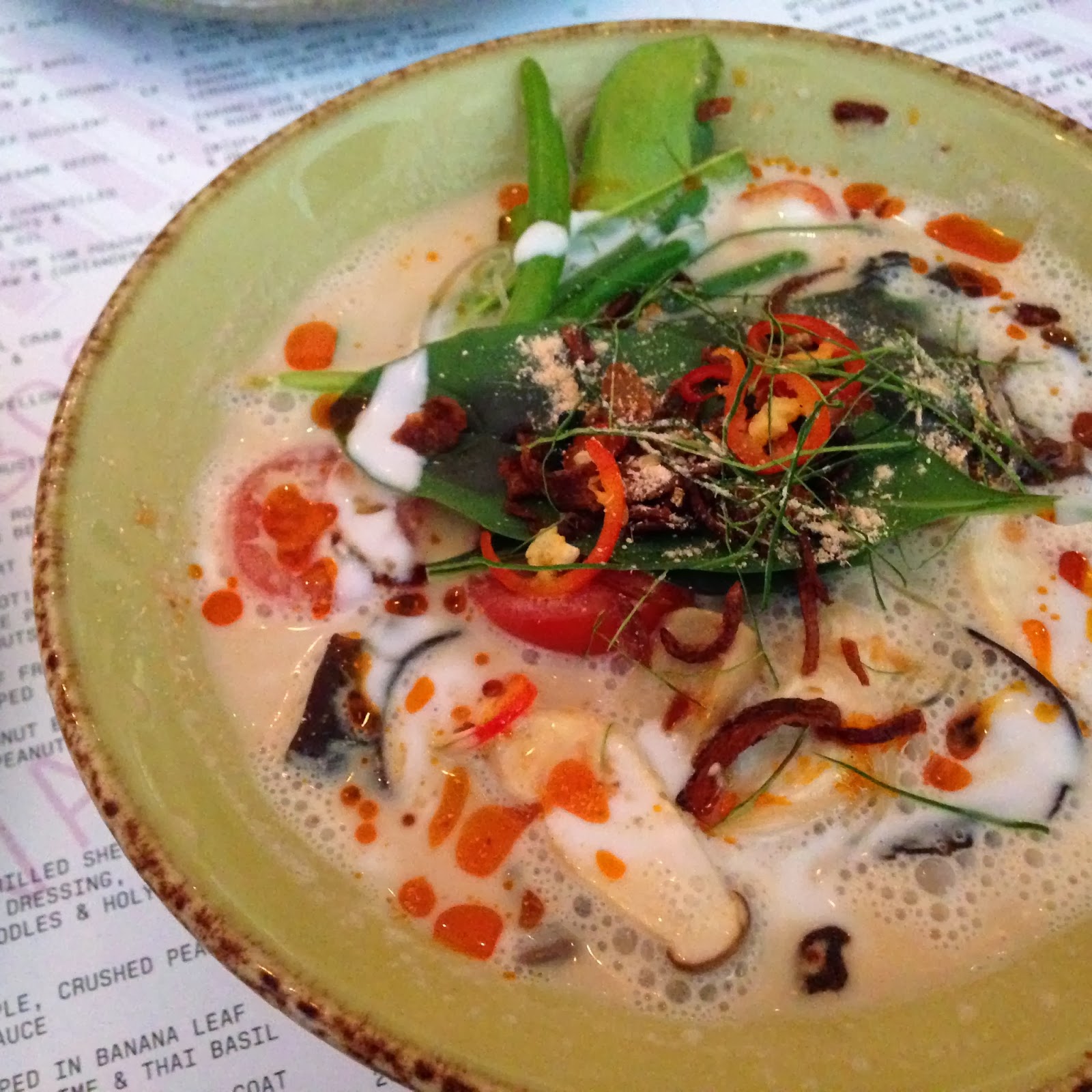 Then we had the Wok Fried Salt and Pepper Squid ($14), mostly because the couple next to us were having it and it looked fabulous, and it did not disappoint! 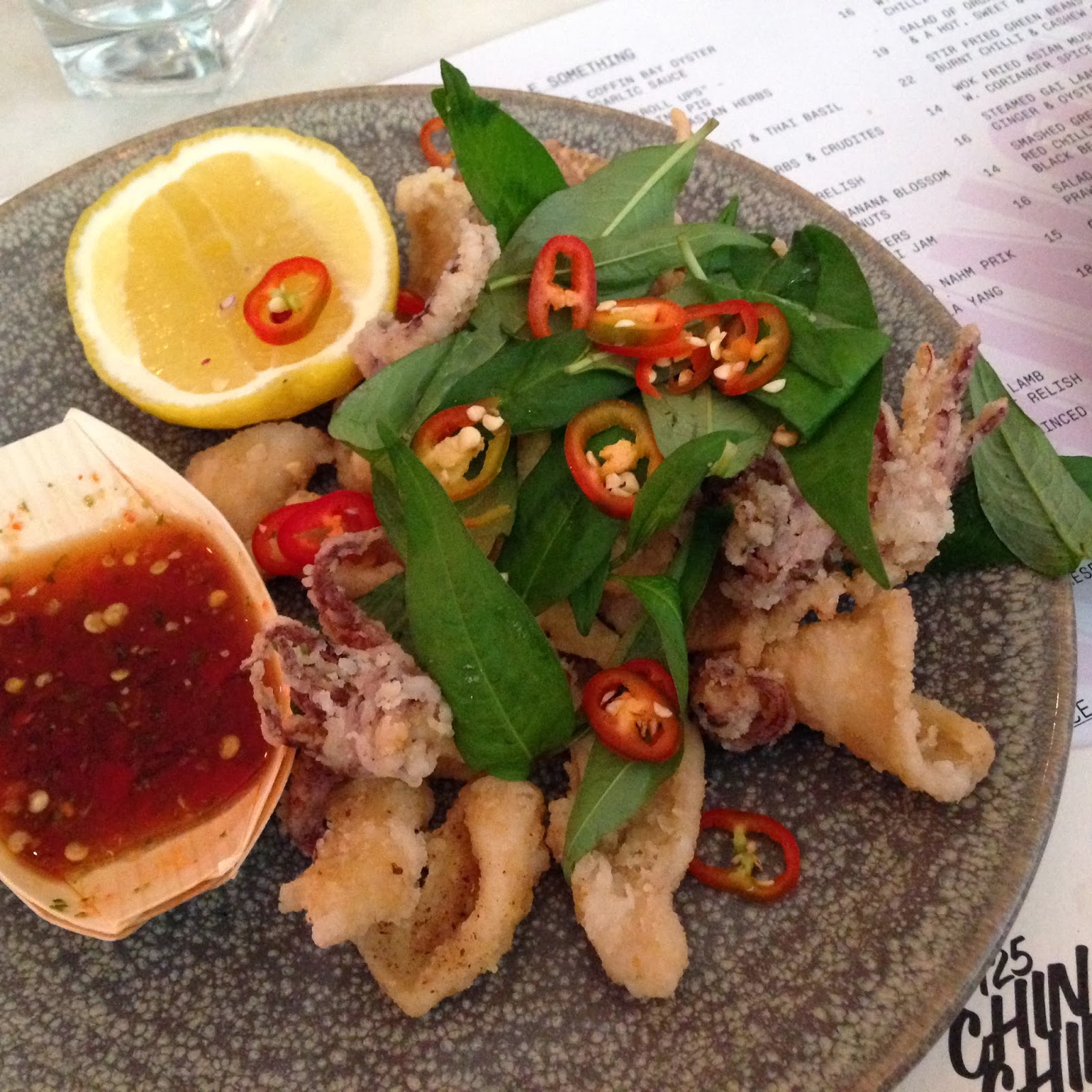 The Son in Law Eggs ($8) here are quite famous, served with an addictive chilli jam.  There were 3 eggs which is quite a decent sized serve.  The slightly crunchy skin gave way to a still runny centre, and the chilli jam gives it the spicy zing to counter the heaviness of the twice-cooked eggs. 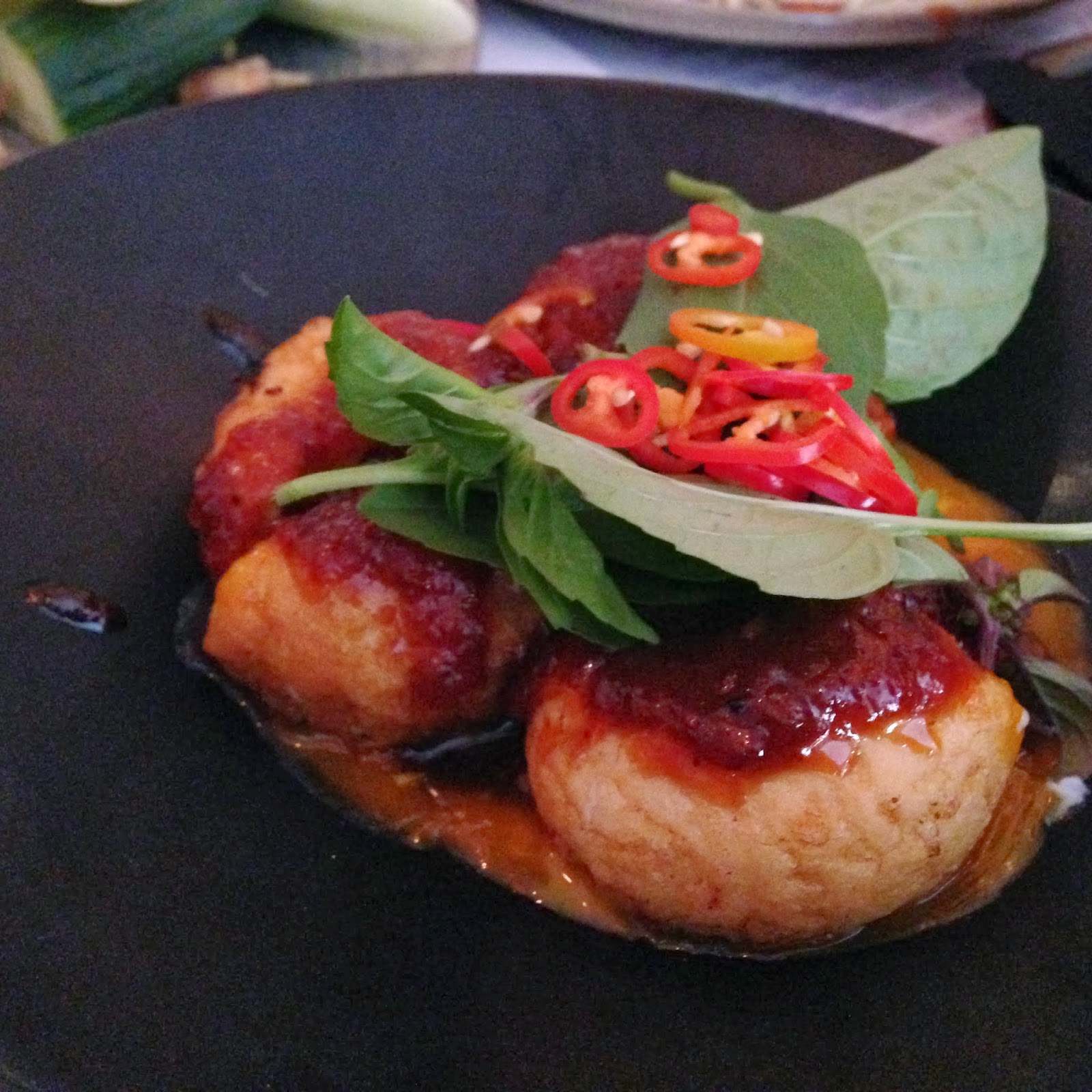 Not having that many date nights, we *ahem* quite possibly over ordered and under estimated the size of the dishes!   The last dish we had was the Caramelised Sticky Pork with sour herb salad and chilli vinegar ($26)  This was perfectly paired with some steamed jasmine rice ($3) and I wish I could've eaten more!  Alas as much as I wanted to order dessert I literally had to roll off my barstool by this stage.  Next time! 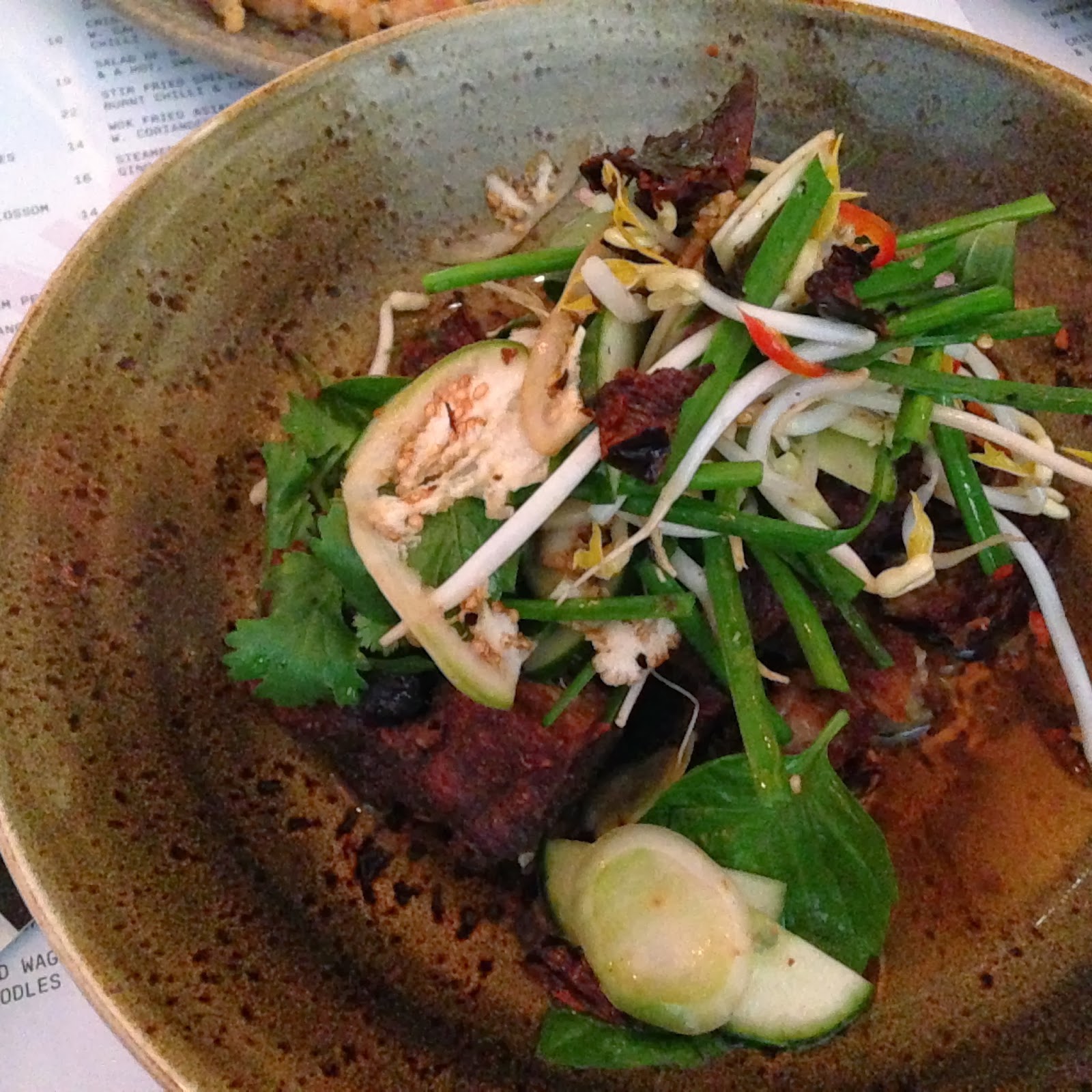 Our dinner at Chin Chin did not disappoint and we were happy that our meal lived up to the hype from this now famous Melbourne hot spot.  The service was efficient and friendly, and as busy as the place was, we weren't at any stage made to feel rushed or ignored.  As we were arriving we saw a few young families with young children leaving after an early dinner, and I look forward to bringing our bunch of kidlets for a meal now that Bubs is older and much easier to handle at meal times!

Toilets - yes, and pretty awesome for the background "music" in the form of an instructional tutorial on learning to speak ?Thai ?Vietnamese.  I'm not sure but it did give me a giggle as I thought about patrons learning a new language as they peed!