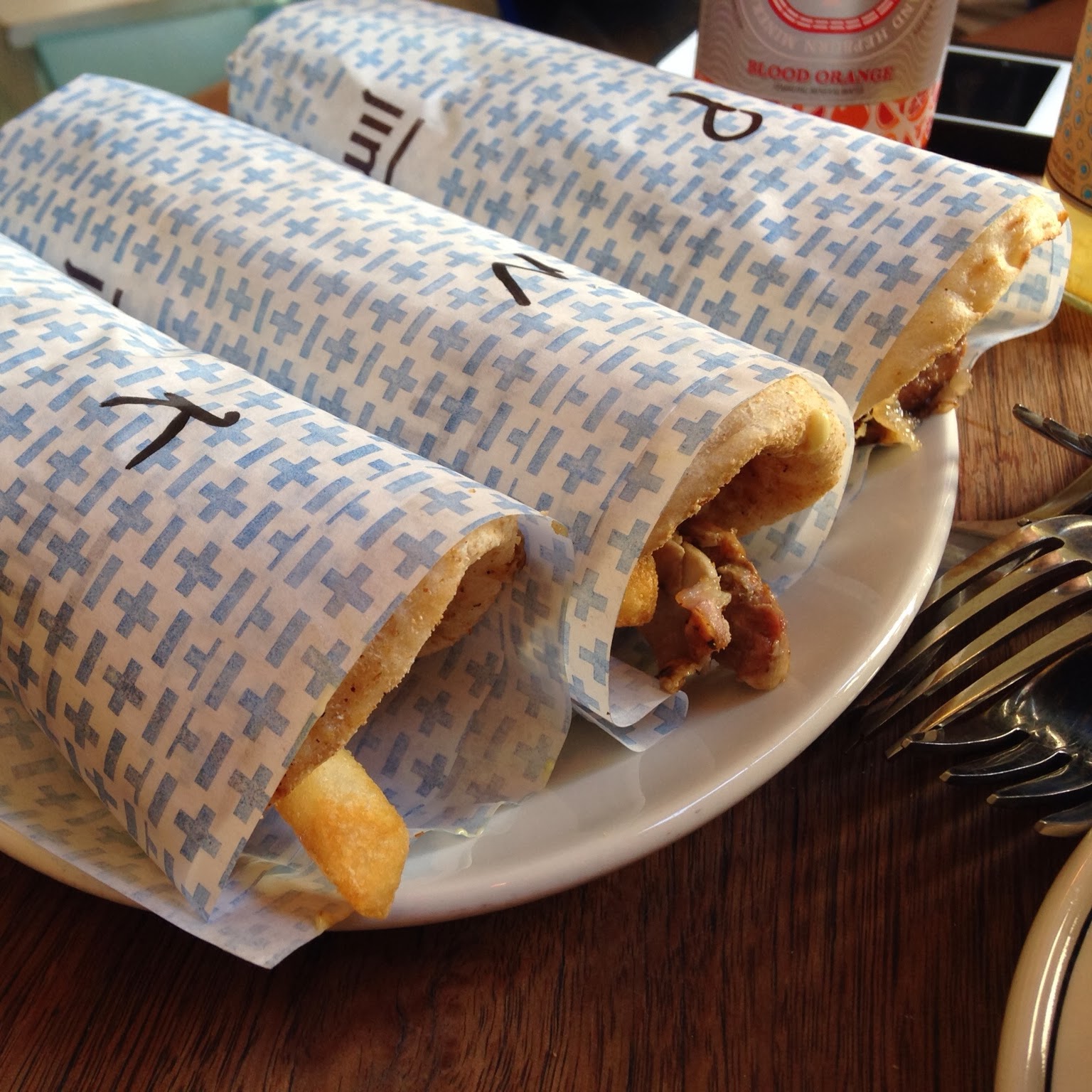 I love how Melbourne's food scene is constantly changing.  Every second day there's a headline proclaiming "this and that" are the new "that and another".  Nothing wrong with this short attention span I say as it means we get opportunities to try new things on a regular basis. Not long ago hot dogs were the new hamburgers, then the hamburgers were the new hot dogs, and now the humble Souvalaki is the new fast food on the block with Jimmy Grants serving up this Mediterranean staple as the latest addition to Hall of "foods that have been around for yonks but is now hip again" (much like 80's fashion hey!) 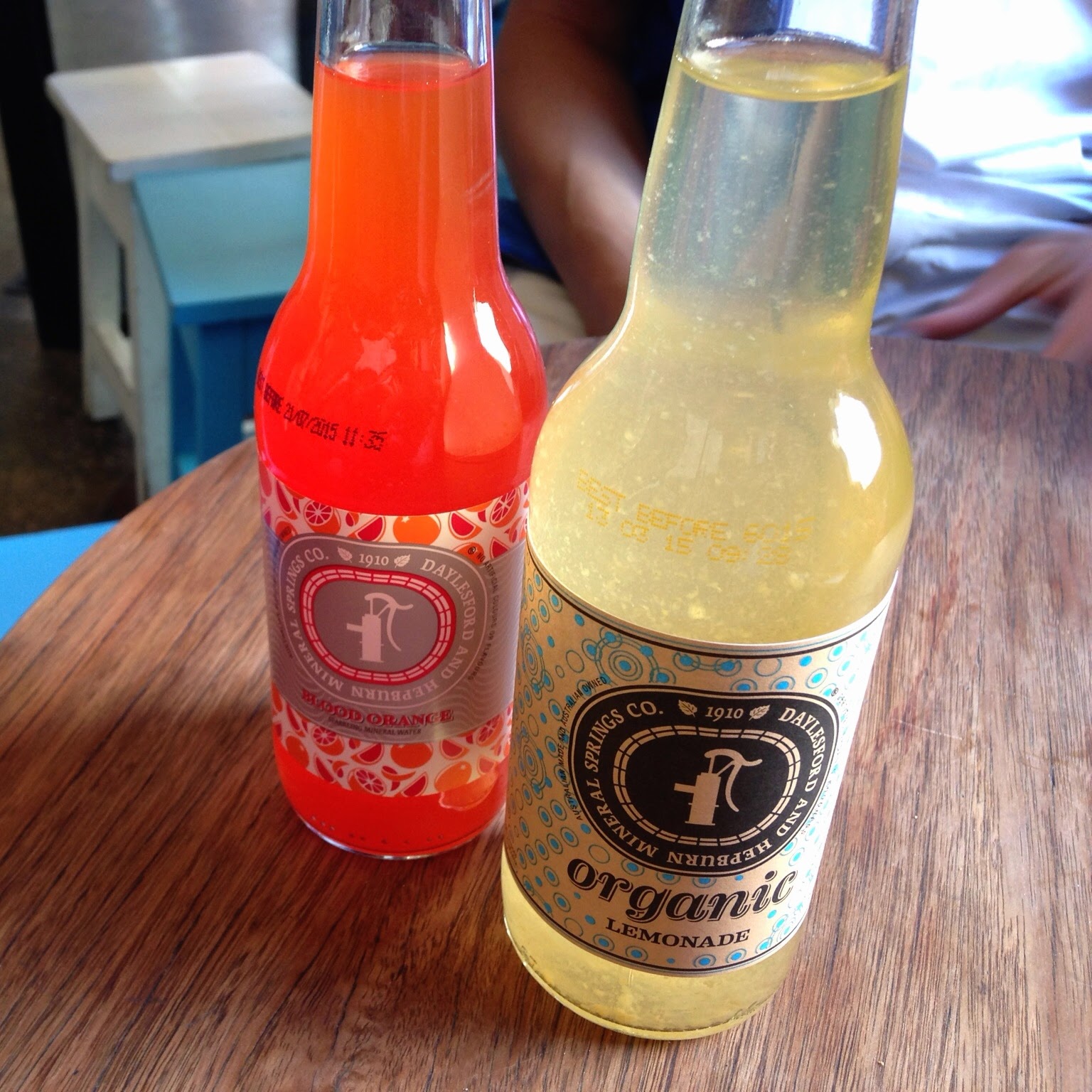 I once worked with a Dr Pappapoulos who was one of the nicest doctors I have worked with, and he taught me lots.   Hubby tried the Mr Pappadopoulos ($9) which was one of the nicest souvalakis we've had.  The flavour is subtle and the lamb is gorgeous and it tasted like a lovely meal from home, rather than the overly salty, heavily spicy and greasy wrap that are around every neighborhood.  The kicker of course are the chips in the souva and only proved my kids right that "chips always make things better"! 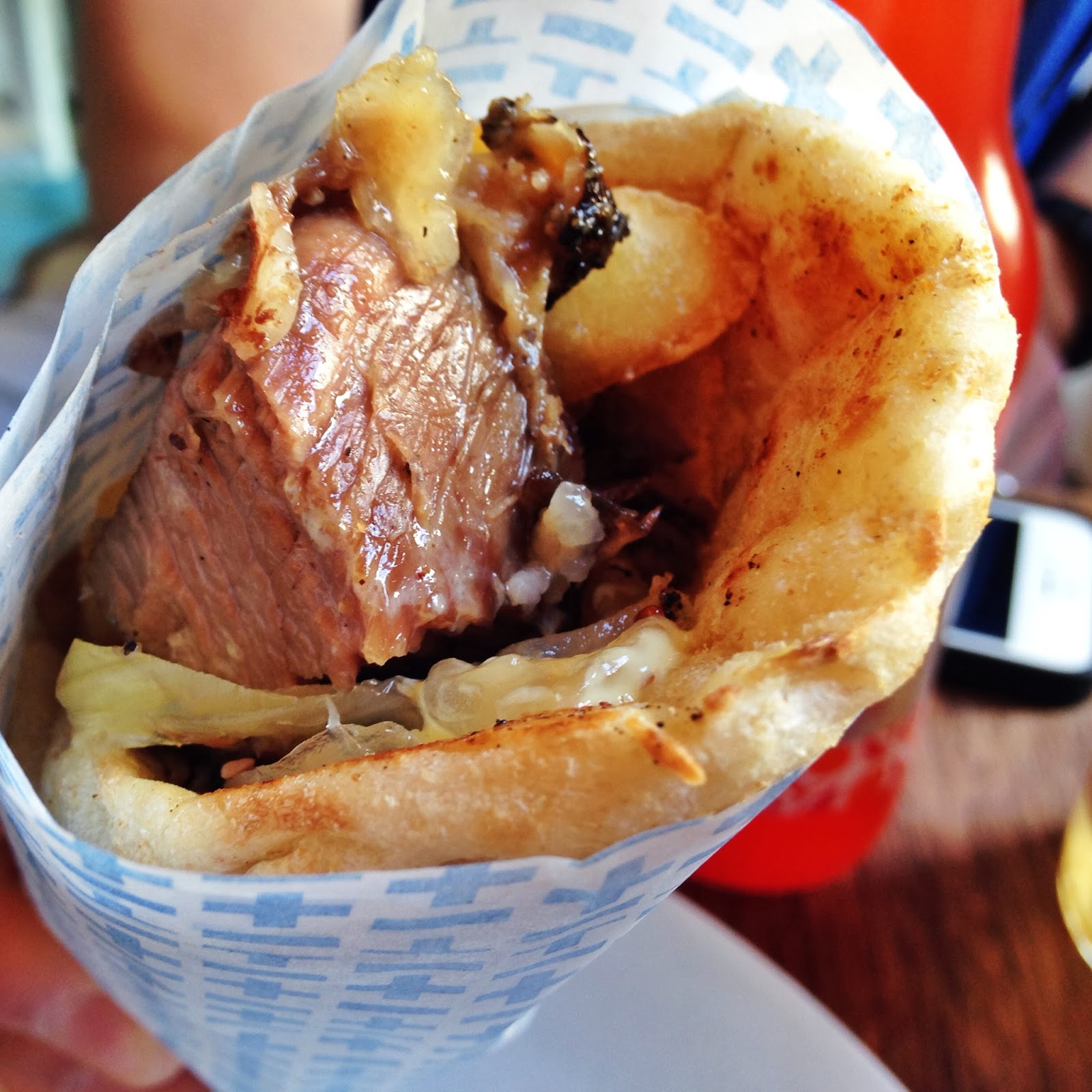 The Nonna Maria ($8.5) was the chicken souva with mustard aioli, chips, onions and parsley and is a great alternative to Dr P for those who don't like lamb.  I personally prefer lamb souvas but the Nonna is a great chicken option. 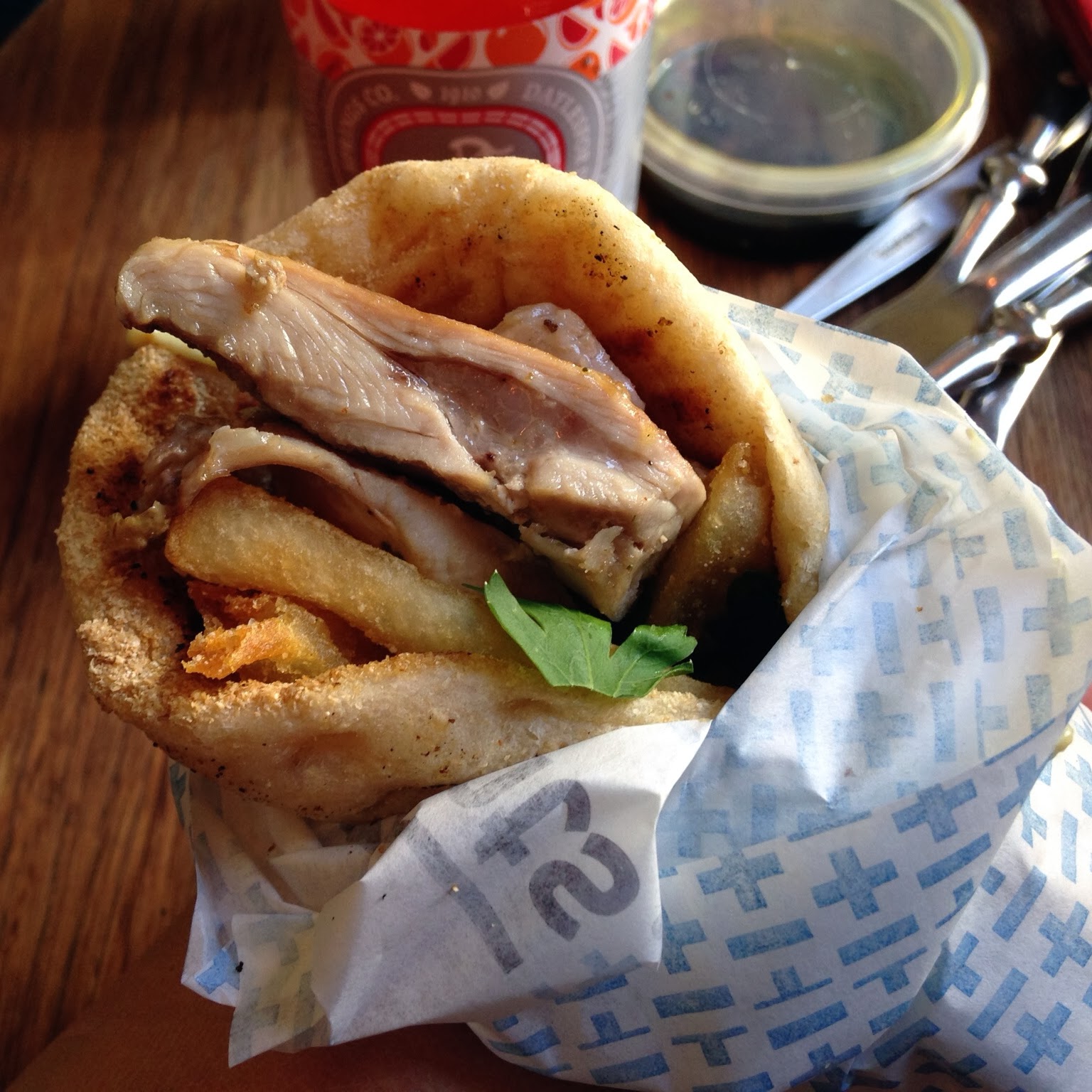 We also had a serve of Steamed Jimmy's Dimmy ($5) and really enjoyed the good-sized dumplings filled with meat.  I went to school in a community made up of a large number of Greek and Asian immigrants back in the 80's and 90's, and I must admit munching on dim sims in a souvalaki place gave me a good chuckle. 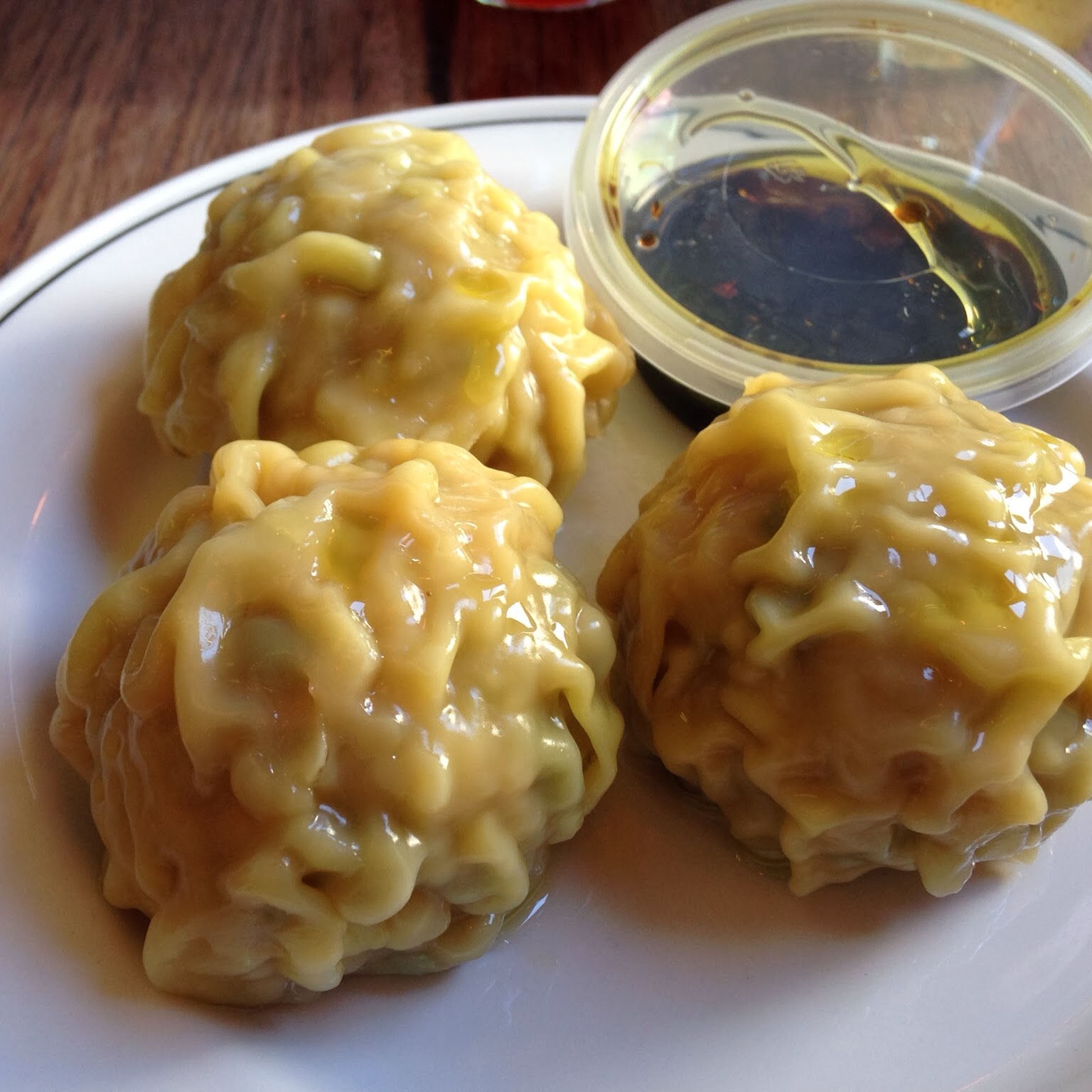 Jimmy Grants menu is filled with kid friendly food and great portions for sharing, but they also have the Kalamata Kid ($5.5)  which is a mini version of the chicken souva and it's great for the bigger kids, or as a snack for an adult!  Mini Me loved having a little meal to herself. 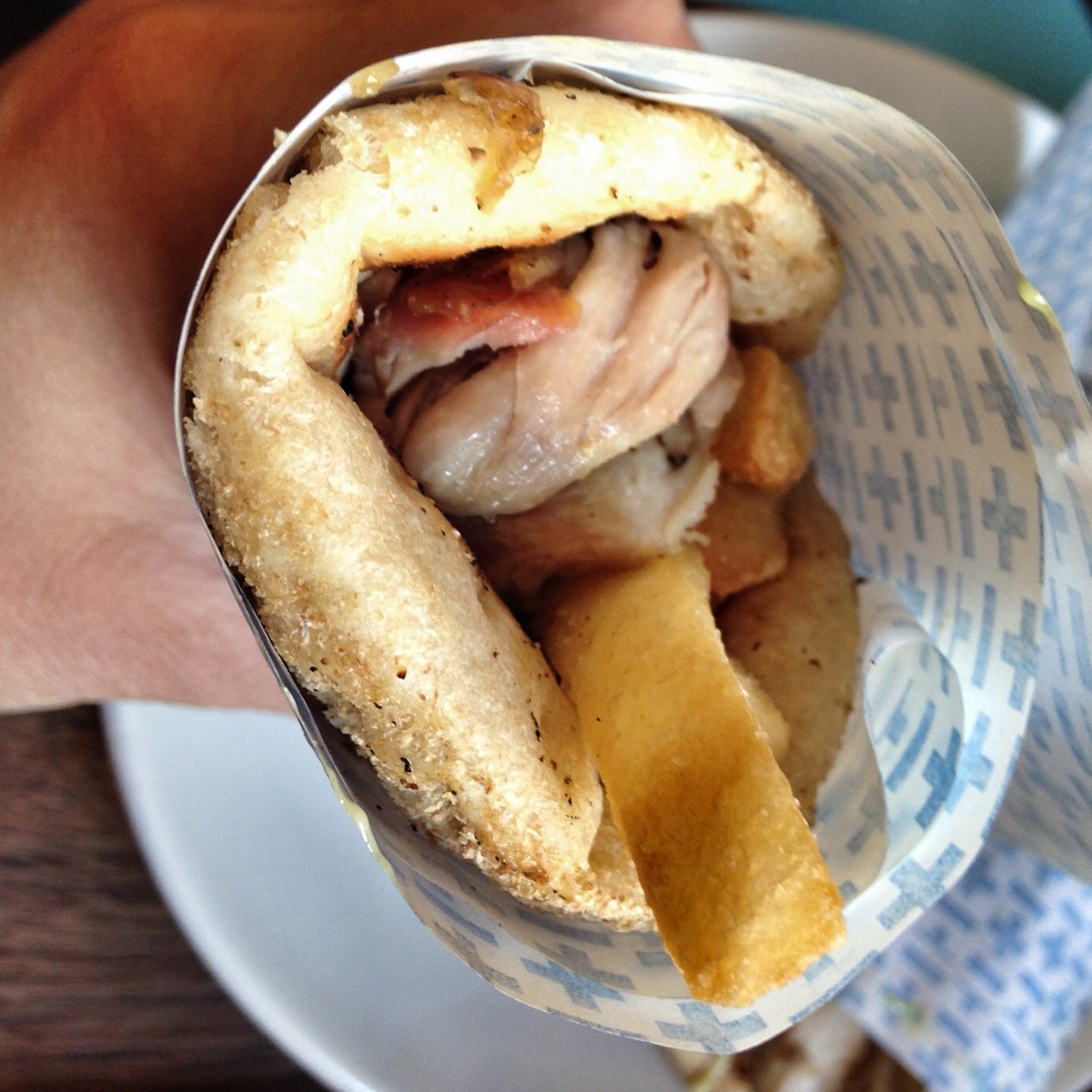 The chips in the souvas were not enough so we ended up ordering a plate of it ($5).  This was  simply garnished with garlic oil, oregano and feta. 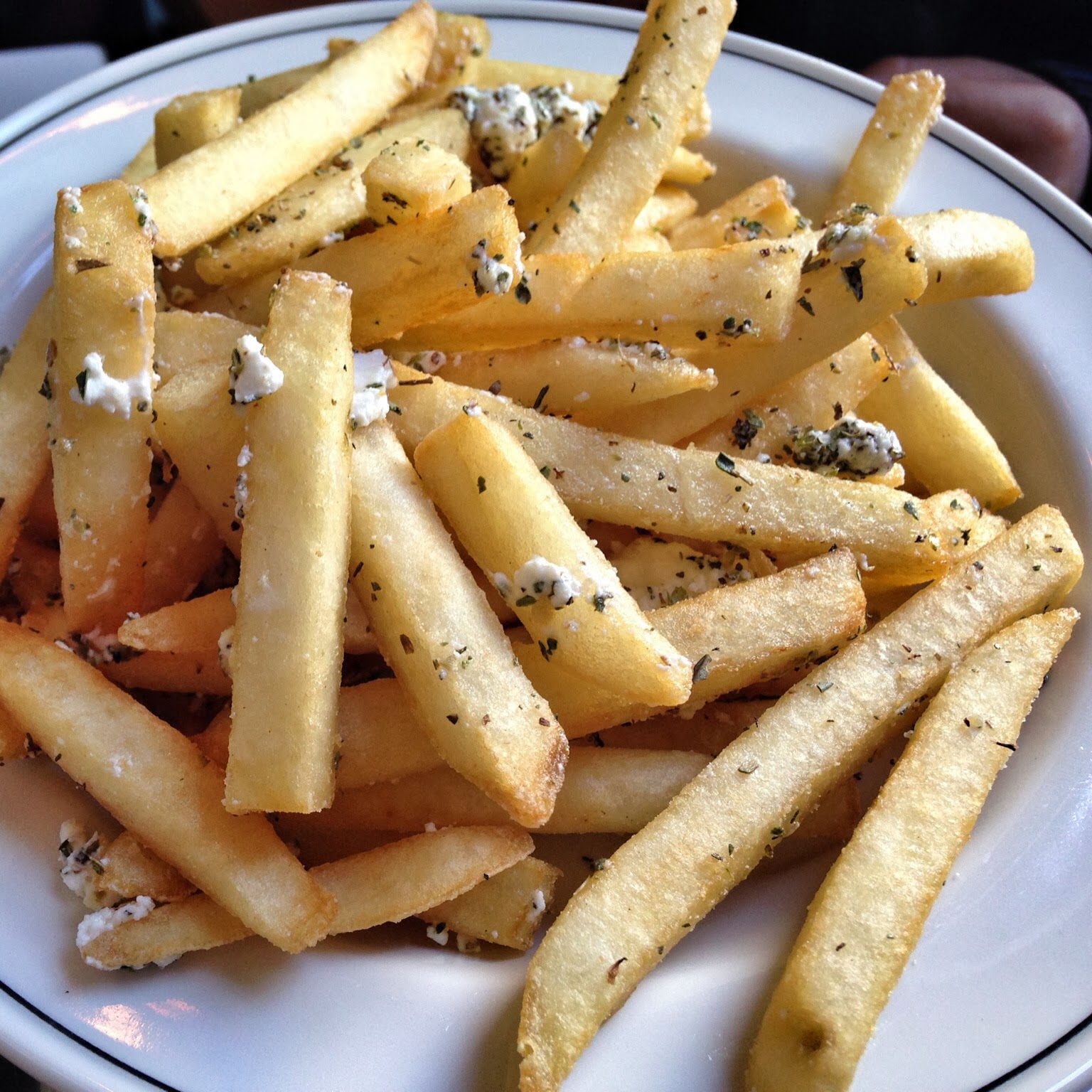 There's also some yummy sounding desserts like Jimmy's Wheel (their version of the wagon wheel), Greek doughnuts and a wicked sounding choc top, but we resolved to come back to try these as we'd promised the kids gelato at Gelato Messina for a treat later.  I am definitely loving the trend of all the new casual joints for decent but fast bites in Melbourne.

Posted by EatPlayShop at 9:44 PM