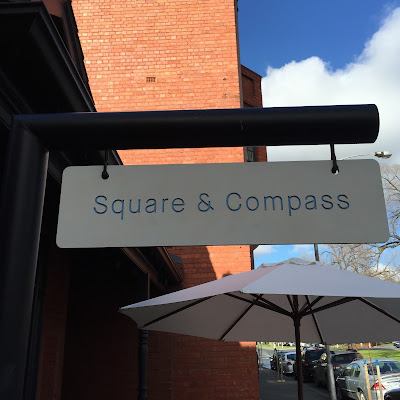 I did some of my training at the Mercy Hospital in East Melbourne just before it moved to its current site in Heidelberg (and before it became the site for filming Offspring!)  I so, so, so would've loved to have had an fabulous cafe like Square and Compass within walking distance for a coffee stop back then! 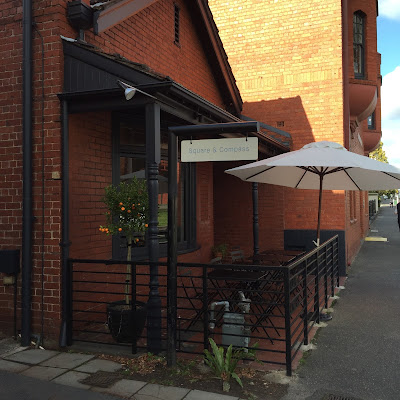 The outside of the building has been refreshed but still blends nicely with the surroundings.  The inside is clean modern and the tables are spaced nicely. 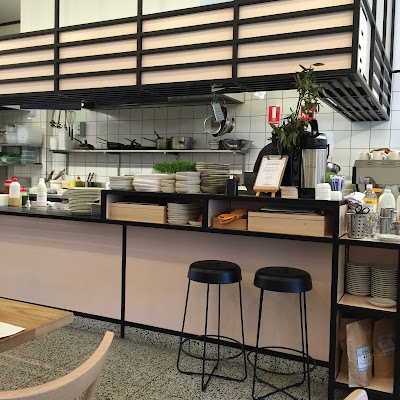 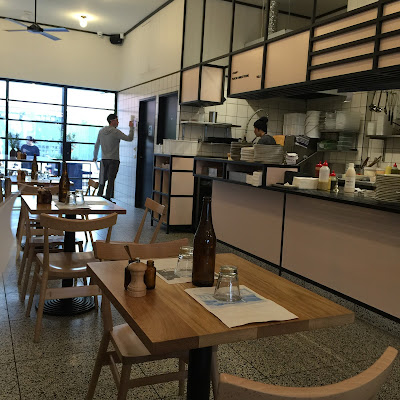 I ordered my usual mocha ($4) which was great and I would have swapped my kidney for a coffee like this back when I was at the Mercy. 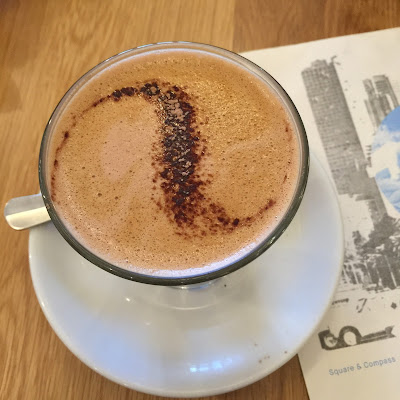 I tried out the Red Chilli Scrambled Eggs, with bacon, parmesan, spring onions, parsley and toast ($16.5).  The scramble was lovely and creamy with just the right amount of heat for me since Bubs was quite keen on to try this and it wasn't too hot for him. 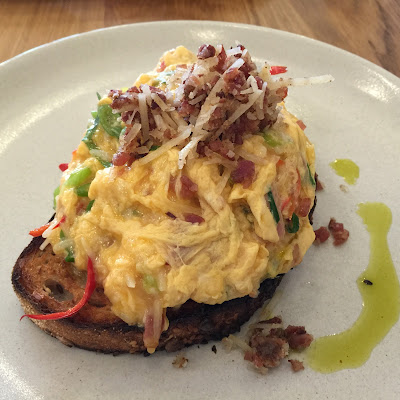 I also ordered a Pulled Pork Jaffle, with apple sauce, monterey jack cheese and house made piccallili ($14) for Bubs, but by the time he ate some of my scramble he couldn't finish his jaffle.  Which worked out well cos we took half a sandwich away and he ate it at the park later!  The jaffle was delicious and I actually really enjoyed the pickle! 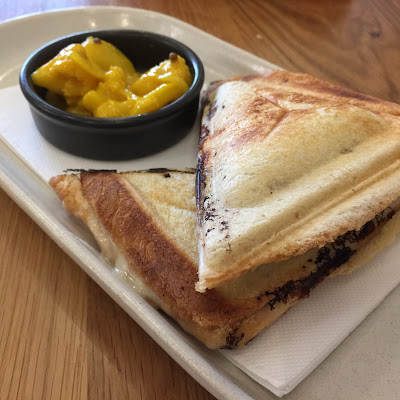 Square and Compass is a great cafe, and it's fabulous to see a new cafe in that area as there seems to be such a density of them over in the Fitzroy/Collingwood side of town. 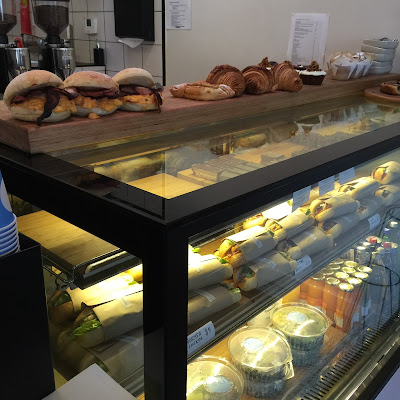 Posted by EatPlayShop at 9:46 PM