I was invited to the official launch of George Calombaris' new book GREEK last Thursday night. 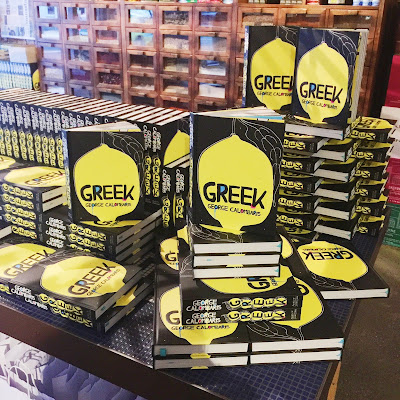 The usually busy restaurant was packed to the rafters with George's family, friends and colleagues (Gary! Masterchef Family!). 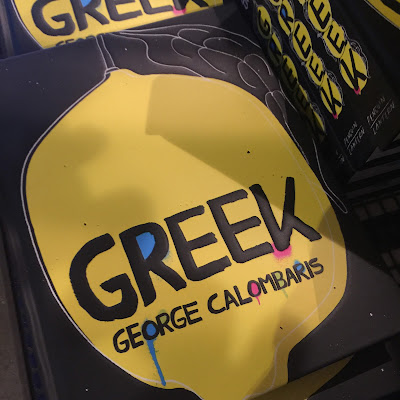 The foreword of the book was written by none other than Heston Blumental, who made a lovely and funny speech about their friendship.  I didn't get to meet him but it was pretty cool listening to him talk. 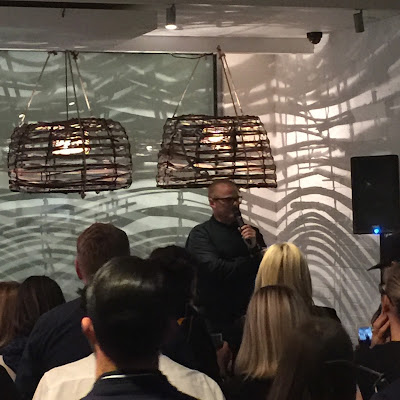 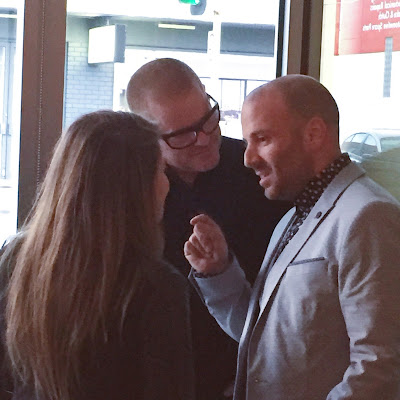 George made a thanking his family and friends. He has remained super busy since Masterchef wrapped for the year and it's so nice to see how down to Earth he is despite his maga stardom these days. 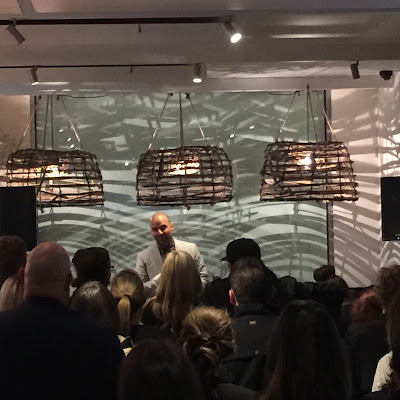 A highlight was an amazing wall designed by the wonderfully talented Alexis Petsinis.  The brightly coloured mural was meticulously decorated with lemons, oranges, meringues, pistachios, and musk sticks, and was a whimsical montage of some of the key ingredients used in the new cook book.  Kudos to the effort that would've taken to put this beautiful creation together! 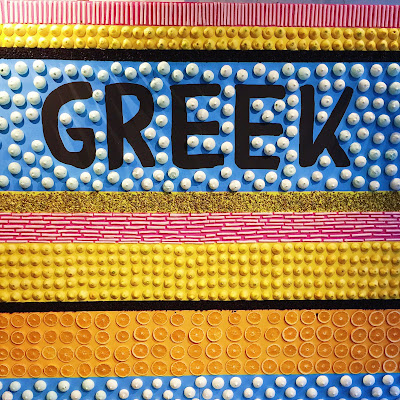 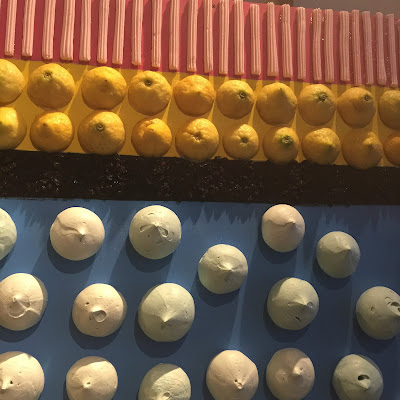 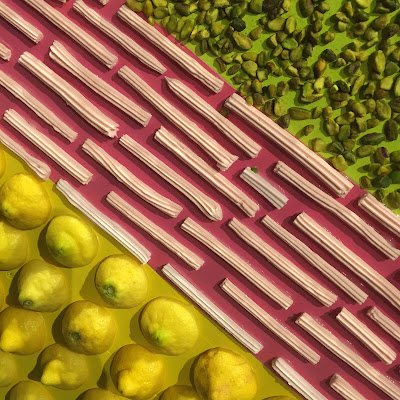 Of course it would not be an event at Hellenic Republic without some awesome food.  We had the opportunity to munch on some marvelous treats during the event.  My favourite is still the "Jimmy's Dimmies"! 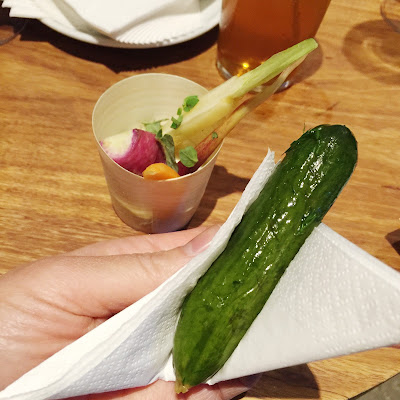 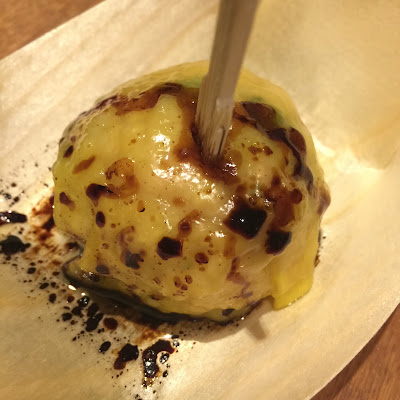 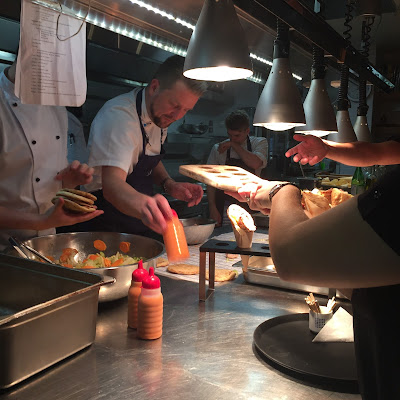 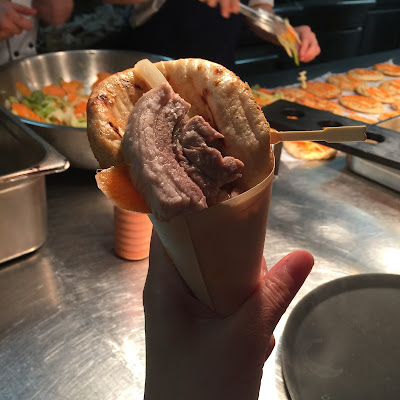 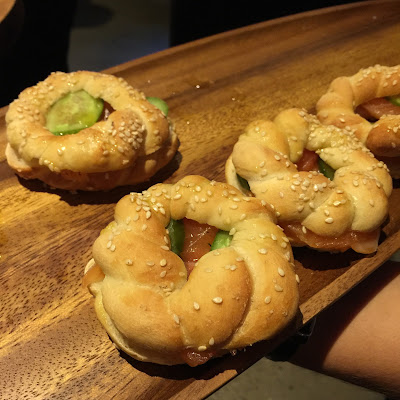 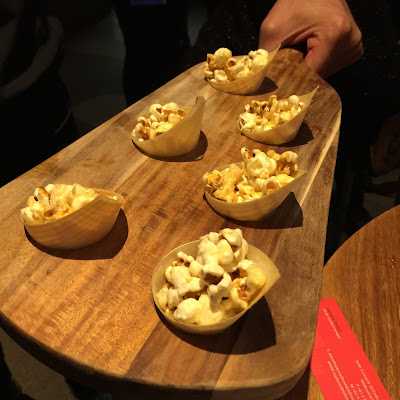 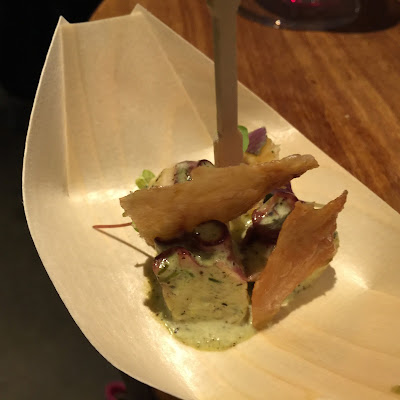 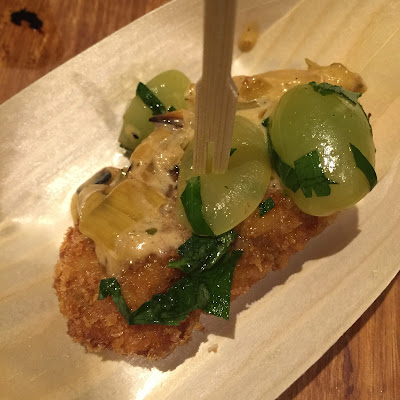 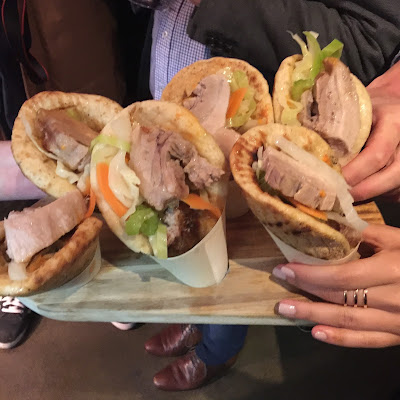 As for the book, GREEK gives you some of George's best Greek recipe to be made at home, and he is proud of his heritage and the input that he's had from his family and friends over the years.  As with all of his other cookbooks, the photos are colourful and instructions easy to follow.  I love the super eye-catching yellow of the cover on this one!

Disclaimer : Eat.Play.Shop. attended the book launch for GREEK by invitation of Made Establishment and Hellenic Republic.  Opinions are my own.
Posted by EatPlayShop at 12:25 AM